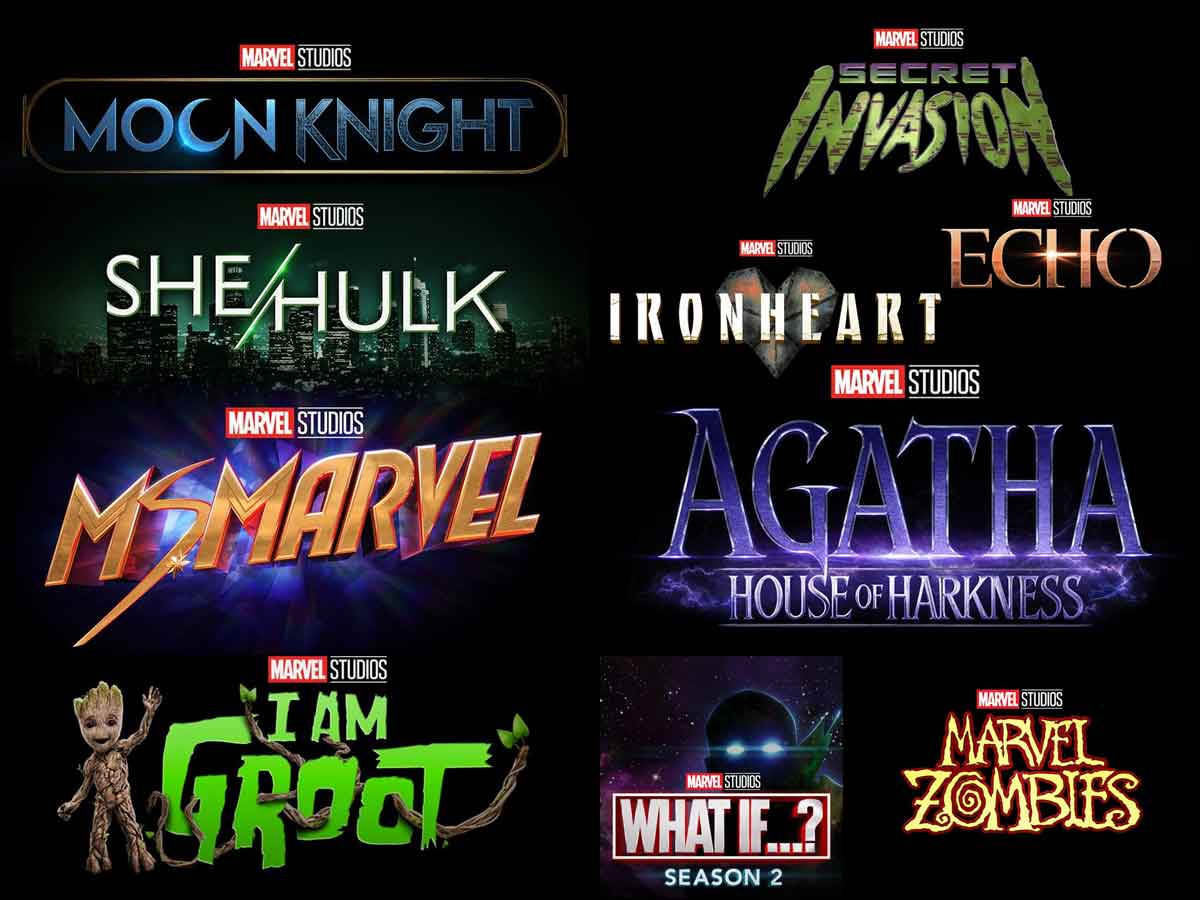 If you like the Marvel Studios series, you have to know that in 2022 there will be many spectacular news on Disney Plus.

The Marvel Studios Cinematic Universe it is expanding a lot by Disney Plus, by now we have already seen WandaVision, Falcon and the Winter Soldier and Loki. They will also release Hawk Eye soon, which has had excellent early reviews.

Now we are going to review all the news that they have presented.

Moon Knight. Starring Oscar Isaac as Marc Spector, Ethan Hawke (rumored to be Dracula), Gaspard Ulliel as Anton Mogart, and May Calamawy. The series will be Marvel Studios’ first foray into fantasy so we will see elements of horror such as vampires, werewolves and other monsters.

She-Hulk. This series will feature Jennifer Walters (Tatiana Maslany), Bruce Banner’s (Mark Ruffalo) cousin who receives gamma ray irradiated blood and gains the powers of the Hulk. It has been rumored to be a series of lawyers. The cast also includes Tim Roth as Abomination, Jameela Jamil as the villain Titania, Renée Elise Goldsberry as Amelia, Robert Tinsley as Bar Patron, Josh Segarra, Ginger Gonzaga and Nicholas Cirillo.

Ms. Marvel. The series will introduce a new superheroine to Marvel Studios, it is Kamala Khan played by Iman Vellani. They have also confirmed that it will be in the movie Marvels (Captain Marvel 2) that will arrive in February 2023. The cast of the series also includes Matt Lintz as Bruno Carrelli, Rish Shah as Kamran, Zenobia Shroff as Muneeba Khan and Laurel Marsden as Zoe Zimmer.

I am Groot. This will be an animated series where we will see Groot, one of the most beloved characters in the MCU thanks to his participation in the Guardians of the Galaxy films. For now, there are not many details of the project, but it is something very positive that they continue to bet on animation after the success of What if…?

Secret Invasion. Without a doubt this is one of the most interesting projects that we will see in Disney Plus. Since they will count as the Skrulls that have been infiltrating the Earth thanks to their ability to change their appearance, now they want to conquer the planet. The series will have a spectacular cast led by Emilia Clarke, Samuel L. Jackson as Nick Fury, Olivia Colman, Ben Mendelsohn as Talos, Christopher McDonald, Kingsley Ben-Adir and Killian Scott.

The second season of Marvel Studios’ What If…?, an animated Original Series, is coming soon to @DisneyPlus. #DisneyPlusDay pic.twitter.com/TAt7oPIDjx

What if…? Season 2. After Ultron almost destroyed all realities and the Guardians of the multiverse rallied to stop him, they will continue to tell more interesting alternate stories.

Threw out. This character will be featured in the Hawkeye series and Marvel Studios has decided to have his own series on Disney Plus.

Ironheart. After we can no longer see Iron Man (Robert Downey Jr.) at Marvel Studios, his witness will be picked up by Riri Williams (Dominique Thorne), a character who will also be in Black Panther: Wakanda Forever (2022).

Agatha: House of Harkness. This series will continue the adventures of Agatha (Kathryn Hahn) a powerful witch who debuted on WandaVision and who became a fan favorite of Marvel Studios. So it will be interesting to know what other stories show us.

Marvel Zombies. Another new animated series from Marvel Studios that we imagine will continue the adventures of the famous chapter of What if ..? where we could see a zombie apocalypse.

Which of all these series do you want to see more? Leave us your comments below. Hopefully soon they will give us the dates of all the premieres in Disney Plus, the streaming platform that can be accessed through this link.