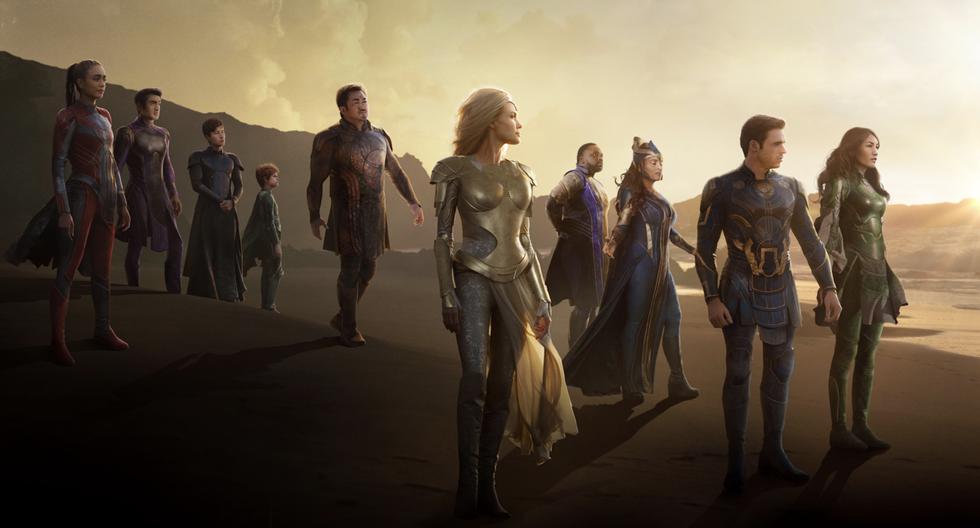 Disney and Marvel they don’t want to make the same mistake Black Widow, so they will repeat the Shang-Chi formula and the legend of the ten rings for the premiere of Eternals exclusively in theaters. In this way, the House of Ideas demolishes the rumor of a simultaneous premiere, that is, both in theaters and on the Disney Plus platform.

Despite the health crisis, Shang-Chi and the legend of the ten rings had a good box office and has generated confidence in the executives of Marvel for the next installment of Phase 4, Eternals, to repeat the same formula.

Matthew Belloni, a well-known Hollywood insider dedicated to behind-the-scenes and film production, anticipated that Eternals it will only be seen on the big screen.

“After Disney CEO Bob Chapek basically challenged Shang-Chi to do well at the box office during its opening weekend, the movie made $ 94 million in its first 4 days. […] I am told that Chapek and distribution director Kareem Daniel have decided that the November film [Eternals] it will be released exclusively in theaters “.

Let us remember that the premiere of Black Widow In Disney Plus it ended in a lawsuit by actress Scarlett Johansson, due to breach of contract: the hybrid premiere of her film ended up hurting the income that she agreed to receive from the box office.

Right now, the movie surpasses Endgame and Infinity War in the audience score on the Rotten Tomatoes film critic website.

“Avengers: Endgame” closed with 90% acceptance, Infinity War with 91 and Shang-Chi has been at 98% for a couple of days. As for the criticism of specialized media, it has 92%, only below the last tape of Phase 3.

Listen to Dale Play on Spotify and Spreaker. Follow the program every Sunday on our available audio platforms.