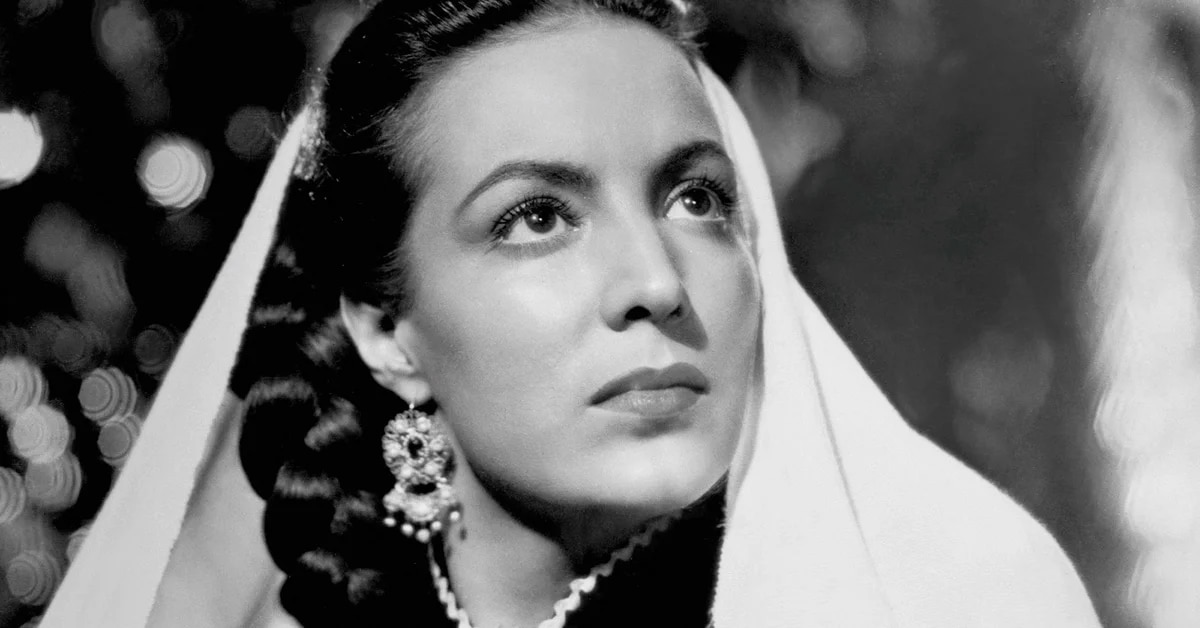 María Félix confessed that there was a man with whom she really enjoyed being able to make romantic scenes (Photo: YouTube screenshot / “In love”)

Maria Felix She was characterized by being a talented woman in acting, she was always capable of doing what the movies told her to do, but she was also a celebrity hard to pleaseHowever, he had a partner whom he celebrated working with during the romantic scenes.

Despite the fact that María Félix’s film repertoire is long, the public’s favorites were always those in which she starred alongside her former husband, Jorge Negrete, and the ones he made with Pedro Armendariz, both great actors.

However, for her there was only one person with whom she liked to share intimate scenes, because it was not easy to force herself to be seen in love with a setmate. The actor with whom he most enjoyed doing romantic sequences was Pedro Armendariz.

And it is that the first tape that he recorded accompanied by said actor was In love, one of the films most applauded by critics, which was even placed as the number 12 in the top 100 of the national cinema, according to the magazine Are.

Pedro Armendáriz became one of the actors with whom “La Doña” most enjoyed acting (Photo: @ pedroarmendarizofficial / Instagram)

In this film, both the performances of The Doña and Armendariz captivated the public, and it was not for less, because both found that they had a excellent chemistry to be able to function in front of the cameras.

During filming, Felix would have noticed the details that his partner had to be able to make the scenes that could become uncomfortable for both. As the actress recalled, the protagonist of Maria Candelaria had one excellent hygiene and he tried to look good when it came to romantic scenes.

“He put on his best shirt, he put on the most beautiful lotion, he rinsed his mouth thousands of times. It was a delight to work with Pedro Armendariz, my experience ”, revealed the actress in an interview.

However, he did not know if this was the case with all the actresses with whom he had to interpret an intimate scene.

María remembered that Pedro’s earlobe burst when he slapped her for the film (Photo: INAH)

Despite the good relationship he could have with the actor, he also recalled that not everything was always good on the sets of the movies they filmed together, as there is a sequence in which Armendariz beats him, and she actually suffered a lot from that blow.

As revealed by María, during In love, your partner had to give him a hard slap, but the acting of the actor would have gone further and yes it would have hurt her.

And it is that the tape is about the story between Jose Juan Reyes, who is a Zapatista general at the time of the Revolution, and Beatriz Peñafiel, the young daughter of the most important man in Cholula. These characters meet precisely when the Zapatistas take Cholula and confiscate the assets of the wealthiest people.

Despite the bad experiences, Félix remembered his film partner with love (Photo: INAH)

Fate leads José Juan to Beatriz, who is an iron woman who does not intend to leave the troops, which causes her to feel great contempt for the general. However, little by little and after various fights, the young woman gives in and ends up falling in love with the Zapatista.

In one of the scenes where the characters fight, things would not have turned out completely well. During the interview with Verónica Castro for The Tocada, La Doña reported that during this film, the actor slapped her near the ear, which caused the lobe opens, although this was not the worst experience of that type that he had throughout his career.

Despite this bad anecdote, María Félix always remembered Pedro Armendariz with love, to the point where she was moved almost to tears when she heard his voice in movies.

From Grace Kelly to Elizabeth Taylor: the jewels with which they were promised eternal love
The conditions that Pedro Armendáriz put to work in Hollywood
Ignacio López Tarso recalled an intimate scene with María Félix: “Like a man, you bastard”

María Félix: with whom she liked to do love scenes