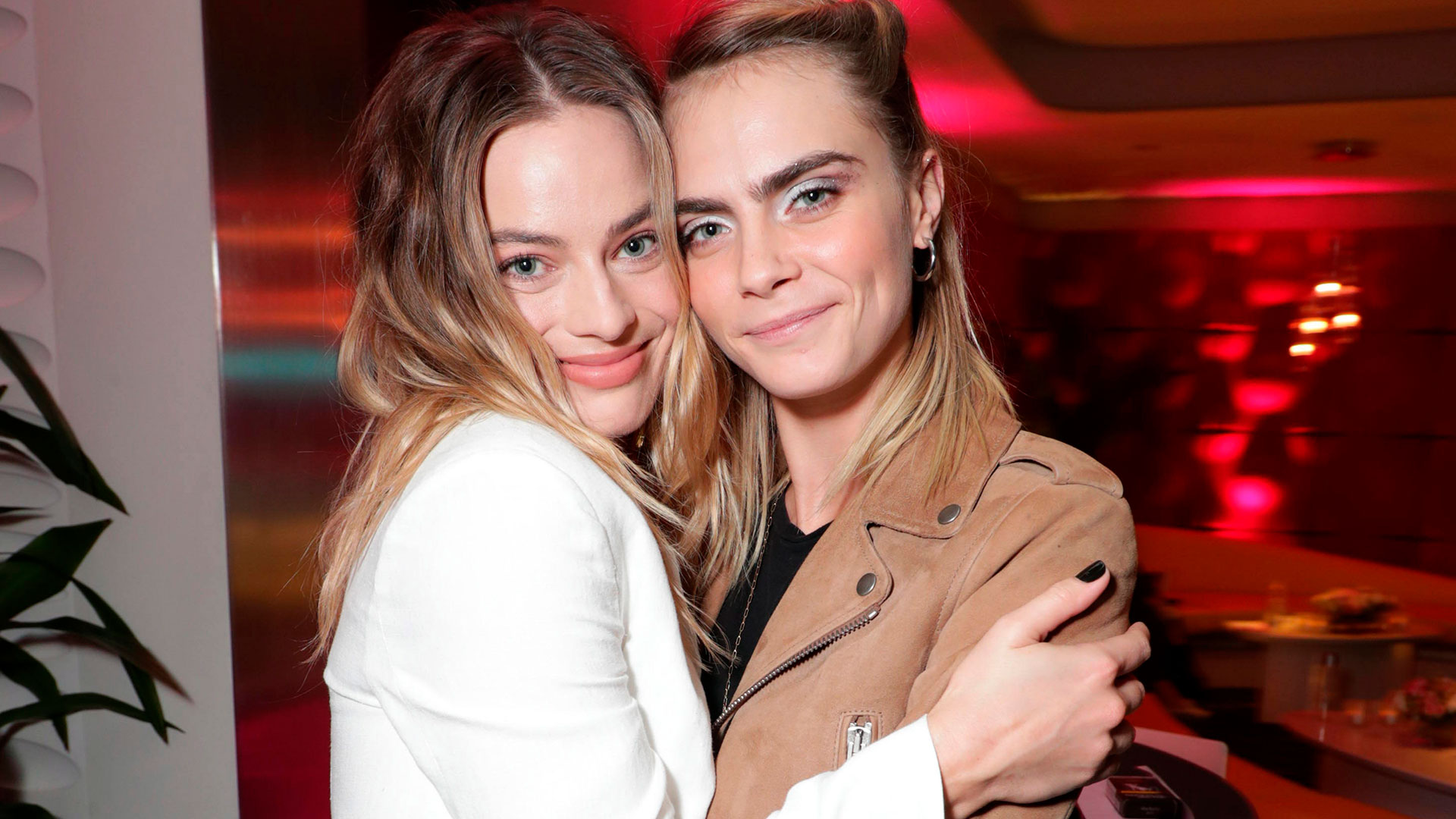 Margot Robbie and Cara Delevingne, a friendship that was born on a film set (Photo: Grosby Group)

Since Cara Delevingne and Margot Robbie they crossed paths in the movie suicide squad (2016), their friendship flowed from the set to this day. Both actresses have been seen together over the years, having a good time and always smiling, despite the fact that over time, each on her side, they starred in events that alerted everyone in the entertainment world. .

Cara Delevingne is a model and actress who has broken canons in the fashion industry and in matters of the heart. With her peculiar attractiveness, in which bushy eyebrows stand out, the 30-year-old Briton – who became a supermodel at 17 – gave way to new definitions of beauty; and with her way of living her love relationships, she has become a standard-bearer of the queer movement.

As a good contemporary celebrity, she manages like a fish in water on social networks, especially on Instagram and Twitter, where she has more than five million followers whom she affectionately calls delevingners. “I’m very lucky for the kind of work I do, but I used to work to try to escape and ended up completely exhausted from myself… I am focused on the cinema and trying to learn not to over-analyze each of my mistakes, ”he declared on some occasion. 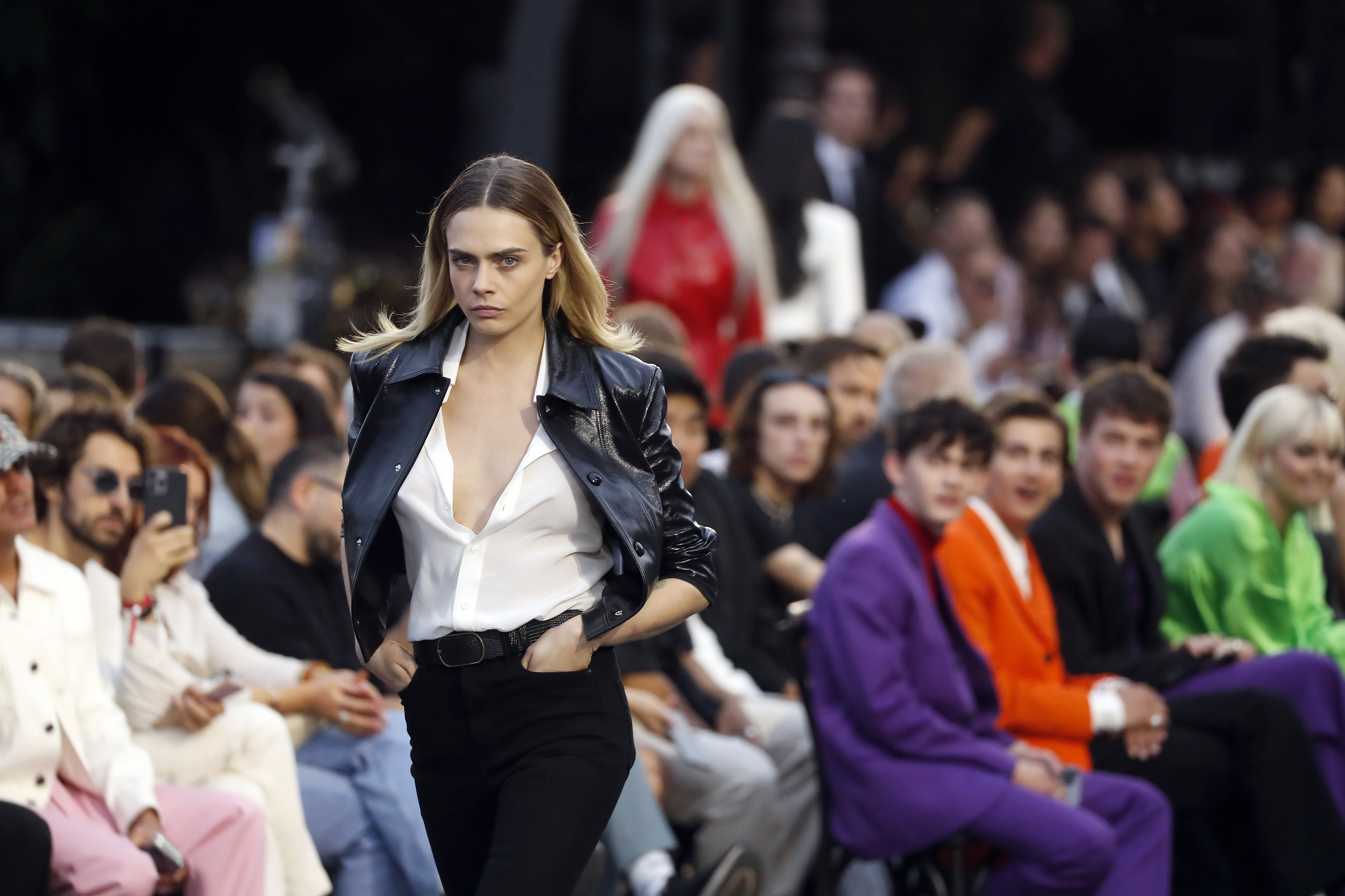 Cara Delevingne’s last known relationship was Ashley Benson, with whom he broke up in May of last year after two years of stable romance with rumors of wedding plans included. Previously her partners were Jake Bugg (2013), Michelle Rodríguez (2014), Jack O’Connell (2014) and St. Vincent (2015-2016). The artist identifies as pansexual, she had stated in an interview about the doubts she had about her sexual orientation when she was young.

During a forum dedicated to talking about women, she explained her struggle with depression and anxiety, which began when she discovered that her mother was addicted to substances. After months of treatment in her youth, she claimed that it saved her life. “An addicted father marks the childhood of any child. You grow up too soon because you’re parenting them. My mom is an amazingly strong person with a huge heart, and I love her. But an addiction is not something you recover from, I don’t think so. I know there are people who quit drugs and that’s fine, but that’s not the case. She keeps fighting,” she told fashion in 2015.

In recent times, some photographs of Cara began to circulate in an unrecognizable state. The images not only alarmed his fans, but also his closest friends because of his health problems. However, last Tuesday, September 27, she presented her capsule collection, named Cara Loves Karl at Paris Fashion Week, wearing a spectacular total look in black and shiny honey-colored hair, the model seemed to be another person in comparison. with the disheveled that could be seen after enjoying the famous Burning Man Festival.

The British model and actress has always been very honest about her psychological problems, she was never embarrassed by her erratic behavior, but now that flamboyant personality can’t seem to control her. In fact, her family and friends have been very worried in recent days. In this context, on September 14 last, Margot Robbie was photographed leaving the model’s house on the verge of tears.

The Australian actress and film producer has a rather secretive personal life. She is currently 32 years old and is married to producer Tom Ackerley. They both met on the set of French Suite 2013, when Ackerley was the assistant director and Robbie played the supporting role of Céline. The film, which was filmed before Margot’s meteoric rise to fame, was not exactly a box office hit, but they will always remember it as the meeting point where her love story was born.

Robbie, who has two Oscar nominations for Leading Actress for I am Tonya and as a supporting actress for The scandal (Bombshell), is one of the biggest stars in Hollywood. Recently, the actress put herself in the shoes of Barbie, based on the famous doll. Directed by Greta Gerwig, who co-wrote the screenplay with Noah Baumbach, her real-life partner. The plot of the film is currently unknown. Ken is played by Ryan Gosling.

On the way to the top, Margot had to go through difficult times that shaped her as a professional. like a scene in The wolf of Wall Streetwhere he revealed that felt harassed by 30 men.

Born in Queensland, Australia, the artist began in show business as a model while pursuing her dream of being an actress. In 2013 she got the opportunity in Hollywood that she had been waiting for so long when Martin Scorsese He called her to a casting for the production that would catapult her to fame. At the audition she shared a scene with the protagonist Leonardo Dicaprio and surprised everyone with what he did: improvised a slap to the actor who was not in the script.

Robbie, who has two Oscar nominations, for leading actress for I am Tonya and as a supporting actress for Bombshell, is one of the biggest stars in Hollywood (Photo: Grosby Group)

As he recounted, at the time of the audition, he only thought that he had 30 seconds to impress DiCaprio and the director. He told it this way: “I start yelling and he yells at me. He is really scary, I could barely keep up.”. It is then that following his line, DiCaprio tells him “You must be happy to have a husband like me. Now come here and give me a kiss.”.

“So I walk up really close to his face and then I’m like ‘maybe I should kiss him, when do I get another chance to kiss Leo Dicaprio?’ but I punched him in the face instead. The room went silent and I froze,” she recounted.

robby He believed that he would never work in Hollywood again, but the opposite happened. “Instead of being furious, both Martin Scorsese and Leonardo DiCaprio laughed”, he added before revealing that the actor asked him to hit him again.

That bold act earned her the role of Naomi Lapaglia in the hit movie that grossed $392 million. Her character was the lover of Jordan Belfort (DiCaprio) and then became his wife. Within the framework of fiction, the actress starred in intimate scenes with little clothing. However, there was one of them that she still remembers today.

“You don’t realize when you’re watching the movie, the audience doesn’t see it, but we were actually in a very small room with 30 people from the crew around me. All of them men”explained to the magazine Porter. “For 17 hours I was pretending to be touching myself”, He indicated about the bad experience.

For now, she made reference to how she felt that day and everything she had to put aside in order to move forward without being affected: “It is a very strange thing, you must bury the shame and what seems absurd to you… It was really uncomfortable, deep and completely committed”.

Margot had to go through difficult times that shaped her as a professional. Like a scene in The Wolf of Wall Street, where she revealed that she felt harassed by 30 men (Photo: REUTERS / Eduardo Munoz)

“It’s crazy. She didn’t know what to say: I’ve been sexually harassed without anyone touching you. What could you say: this is not right. I had no idea. Now I know what it is because, following the scenes, I have investigated what sexual harassment is. I didn’t know what constituted sexual harassment until the #MeToo movement.” He expressed about the teaching that the film left him for the rest of his career.

Robbie also appeared fully nude in a bathrobe during the seduction scene between her and DiCaprio. In order to record her, she had three shots of tequila in a row before filming to relax. Years later, in another interview – this time for the New York Times– said: “That morning that I went to work, that I knew I had to do that scene, I was shaking, scared, all the time I thought I wasn’t going to be able to do it. When I arrived, when I had to do it, I had three shots of tequila and then I took my clothes off and made it. It was very good. It really helped keep my hands from shaking and gave me a little confidence boost.”

Robbie lied to his family about the nude scenes. However, one thing that helped her feel more comfortable undressing her was the director, Martin Scorsese: “Does not exploit nudity or use it as a tool to shock”, he explained.

In recent days, a rumor has circulated that the actress Margot Robbie is out for a walk in Buenos Aires. However, no one had gotten the photo or the fact that he was in the company of his friend Cara Delevingne. This Saturday came confirmation of her presence in the country as a result of a police incident in which her bodyguards were involved.

Margot Robbie and Cara Delevingne, a friendship that was born on a film set

Five movies on Netflix that were made with the highest award in the film industry and are future cla...
'House of the Dragon': I had already seen that actor elsewhere...
Netflix: learn how to find hidden series and movies on the platform