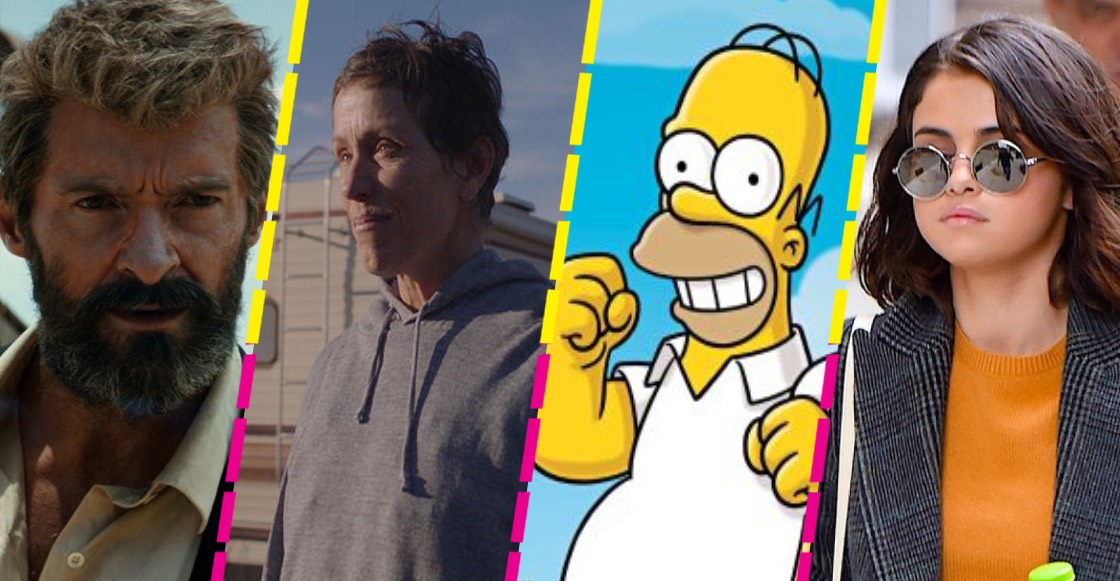 It’s time to make room for a new streaming service and hold on, it comes with everything … This Tuesday, August 31, Star+ finally arrives in Mexico and Latin America with a fairly wide range of content for those who enjoy watching a good series or movie to pass the time.

And we know it well: it’s always a bummer knowing where to start when such a platform enters the region. But do not worry that here, we help you with that. We have a bit of everything to take a look at (even sports, eh), so let’s see 10 contents that you can see in the catalog of this new service.

Price, details and all the detail with Star +

As we said, Star + comes with everything and that also includes different packages so that you can grab the one that suits you best. And you already know it, but let’s recap: the service will have a monthly and an annual subscription system, which have a cost of de $ 199.00 and $ 1999.00 Mexican pesos respectively.

Now that if you walk, as who says, ‘well lined’, you can also subscribe to the Combo which includes the catalog of Star + and Disney + (remember they are like [email protected], only that one has the most adult programming and the other, a more familiar one). This is at $ 249.00 pesos. You already have the data, then we leave you more info and more below, some series and movies that you can see in the new streaming.

The Simpson! These are the prices for the Star + service in Mexico

When Disney+ arrived in Latin American territory in November 2020, it was quite controversial, only the 29th and 30th seasons of The Simpson (Over here we tell them what the matter was). However, everything had its answer and with the arrival of Star+, the matter is resolved.

There’s really not much they don’t know about the iconic Springfield resident yellow family. The only thing we can tell you is that you will be able to access the always longed-for chapters of yesteryear of the first seasons, to the film, some shorts that have been released previously and of course, the newest of the series. 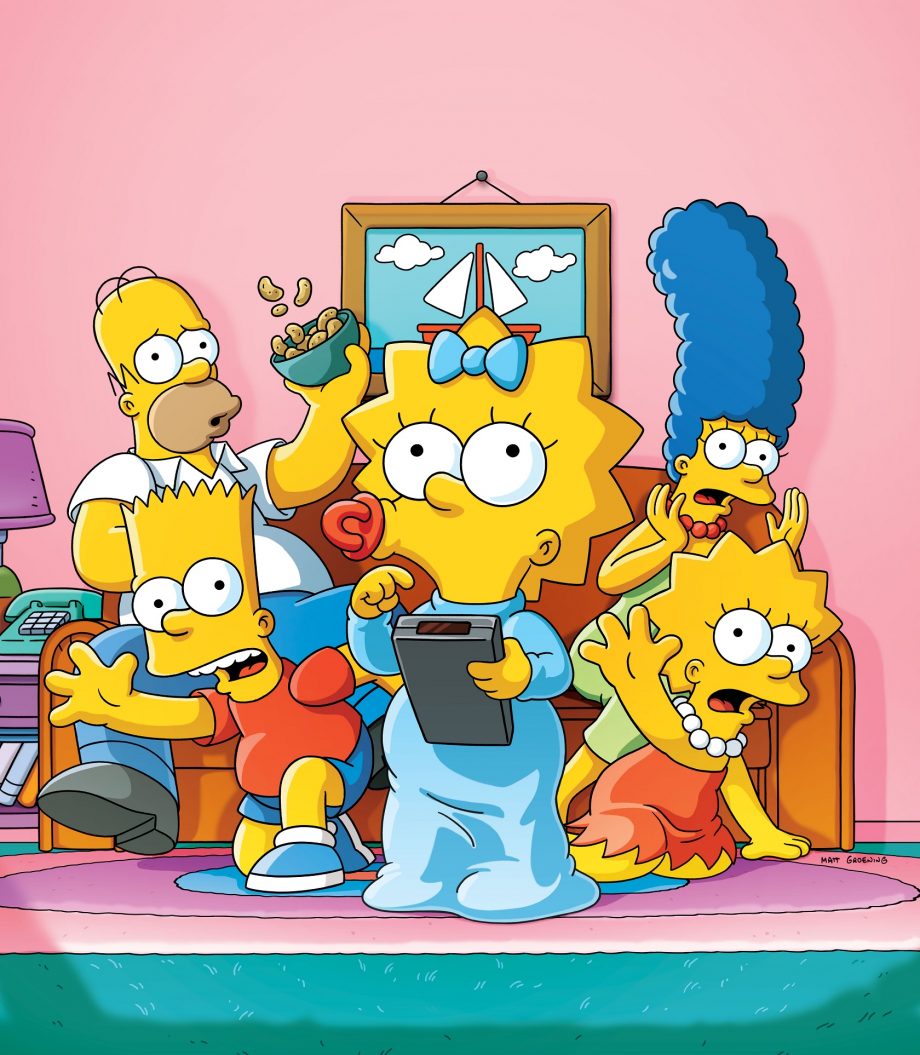 All seasons of ‘The Simpsons’ will be available on Star +. / Photo: Courtesy Disney

So they can see that Star+ nothing is saved upon arrival in Latin America, we warn you that here you can see Nomadland. As you may recall, this tape did not tire of breaking it at awards and festivals around the world, which was worth it to be considered one of the best films of 2020 -and for many, definitely the best-.

Not for nothing did she take the Oscar for Best Film, Best Actress for Frances McDormand and Best Director for Chloe Zhao. An absolute gem of modern cinematography. In this film, we see a woman named Fern who, after having lost everything, goes on a journey through various regions in a rolling caravan taking different jobs and meeting other people like her, they have become nomads of modern life.

Without a doubt, a film that awakens introspection about the meaning of life and the questioning of what it really is to have little or a lot. 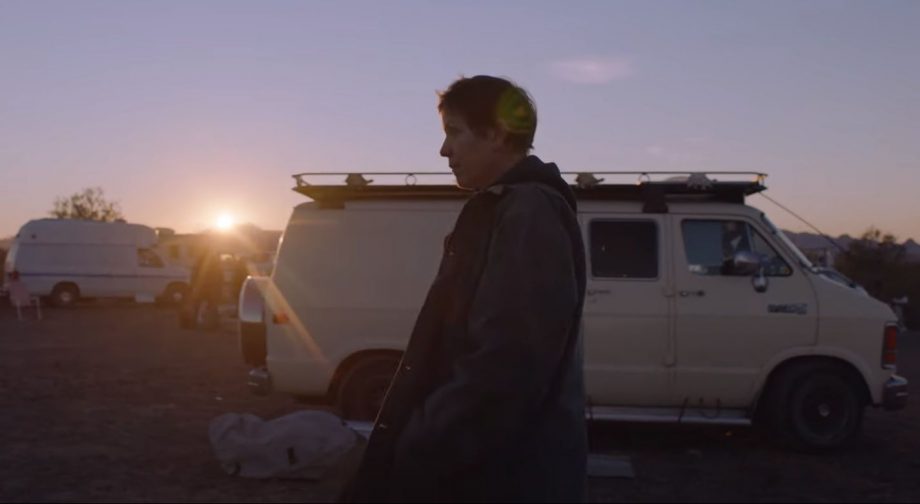 Ready to have a good time with one of the funniest families on contemporary television? That’s how it is… Modern Family He also comes to the new platform to get us some good laughs as he did throughout 11 seasons.

Honestly, we would never tire of watching this mockumentary comedy about the three types of family that revolve around Jay Pritchett. And although putting together the family tree is a breeze, the truth is that laughter will not be lacking with this iconic series from the last decade. 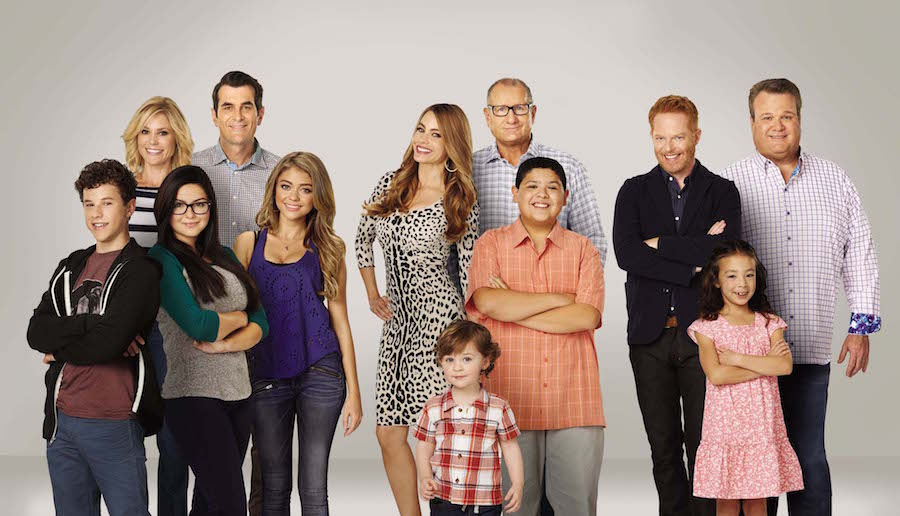 You are going to raffle Star+… Another of the strengths that the new platform will bring is the premiere in Latin America of Pam & Tommy, the biographical series (original from Hulu) in which we will recapitulate the notorious sex scandal that enveloped the couple formed by the drummer of Mötley Crüe and the star of Baywatch.

Sebastian Stan will play Tommy Lee and Lily James will dress as Pamela Anderson in a series that promises to keep us well chopped. In addition, there will also be guest appearances by Seth Rogen, who will play the electrician. Rand Gauthier, the man who stole the couple’s sex tape and made it public. Over here We tell you everything we know about this show that will tentatively arrive in 2022. 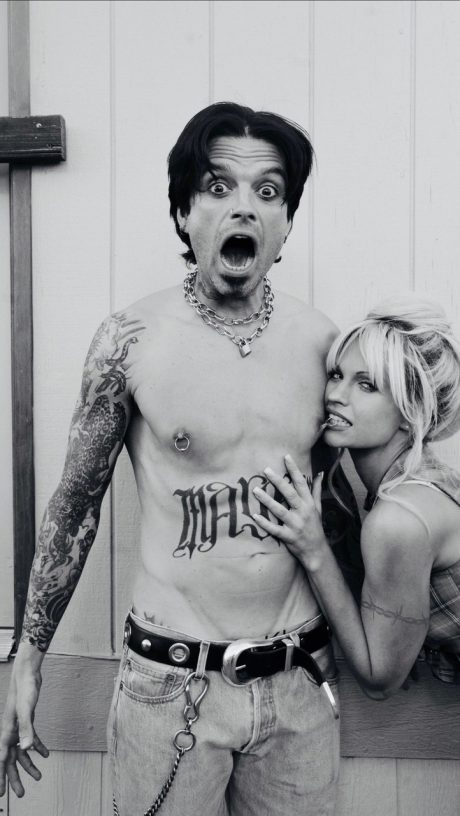 Only Murders in the Building

Great, double prize! With the arrival of Star + we also have a premiere that you can see from this Tuesday. Is about Only Murders in the Building, a series created by Steve Martin that stars himself in the company of Martin Short and Selena Gomez.

To give you an idea of ​​what this story is about, the logline indicates that the series “Follow three strangers who share an obsession with the ‘true crime’ genre and are suddenly involved in a case “. In other words, it does have overtones of a criminal series, but there will also be a lot of good comedy. Pay attention that this show looks very good.

If there is a movie that reinvented the superhero genre, that surely must be Deadpool. With two installments released between 2016 and 2018, the franchise starring Ryan Reynolds as Wade Wilson showed us that heroes are not always so correct and on the contrary, they can be some without shame full of irreverence.

We are already waiting for the third installment that, it is said, would be linked to the Marvel cinematographic universe (you know, because of what Disney bought Fox). But while it arrives, cast both tapes on Star +. 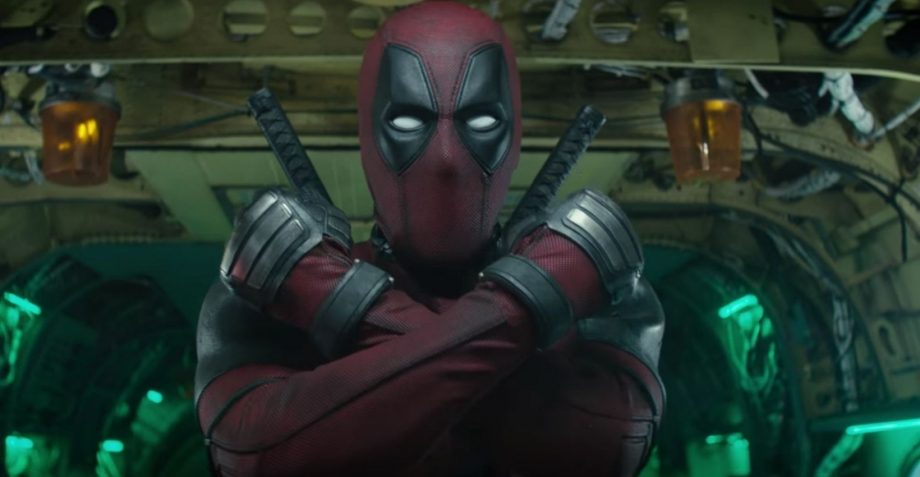 Since we are in those superhero movies, another magnificent film that arrives in the Star + catalog is Logan. In his last incarnation as Wolverine, Hugh Jackman delivers an emotional and delusional performance, with his character giving his last breath to save a litter of small mutants who are trying to survive in a world where, apparently, the race with superhuman abilities has disappeared.

In addition, this film introduced for the first time the warrior known as x-23, Logan’s daughter, who in the future will surely have more appearances in film installments. 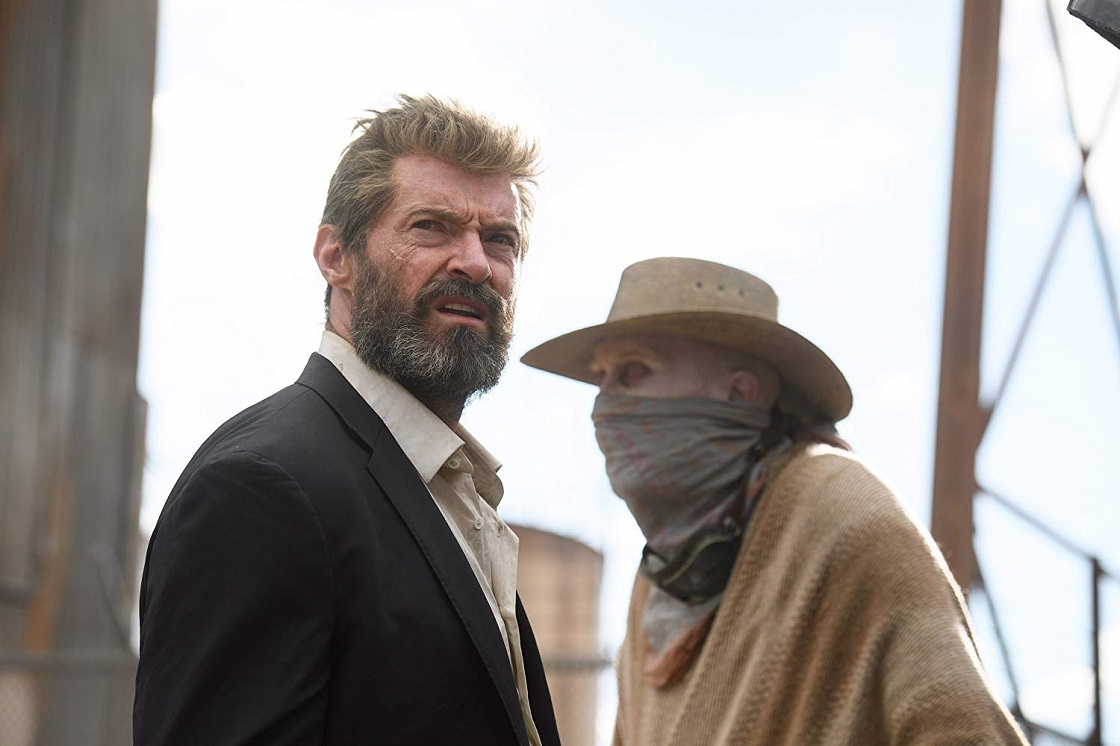 The Devil Wears Prada is, without a doubt, one of the most iconic dramatic comedies of the new millennium and now, it will be at your fingertips in Star+. And we can say it without problem: this is one of those movies that no matter how many times we have seen it, always guarantees us to have a pleasant time.

In addition, who has not felt identified with the character of Anne Hathaway, an honest and dedicated worker who must resist the abuse of her [email protected] in order to improve professionally. Maybe that’s why we don’t get tired of seeing it. Above all, we must highlight the work of Meryl Streep as Miranda Presley. A classic of our times.

When it comes to biopics of music stars, Bohemian Rhapsody it paints itself. This film aroused great expectations because playing the very Freddie Mercury it was not going to be an easy task, however, Rami Malek He did it and even won an Oscar for his performance.

And not only that … As you may recall, the success of the film spread outside the big screen to the extent that the music of Queen registered millions of listeners in streaming services, radio stations and the work of the mythical English band circulated again as in the old days. A milestone that you can now see in Star+. 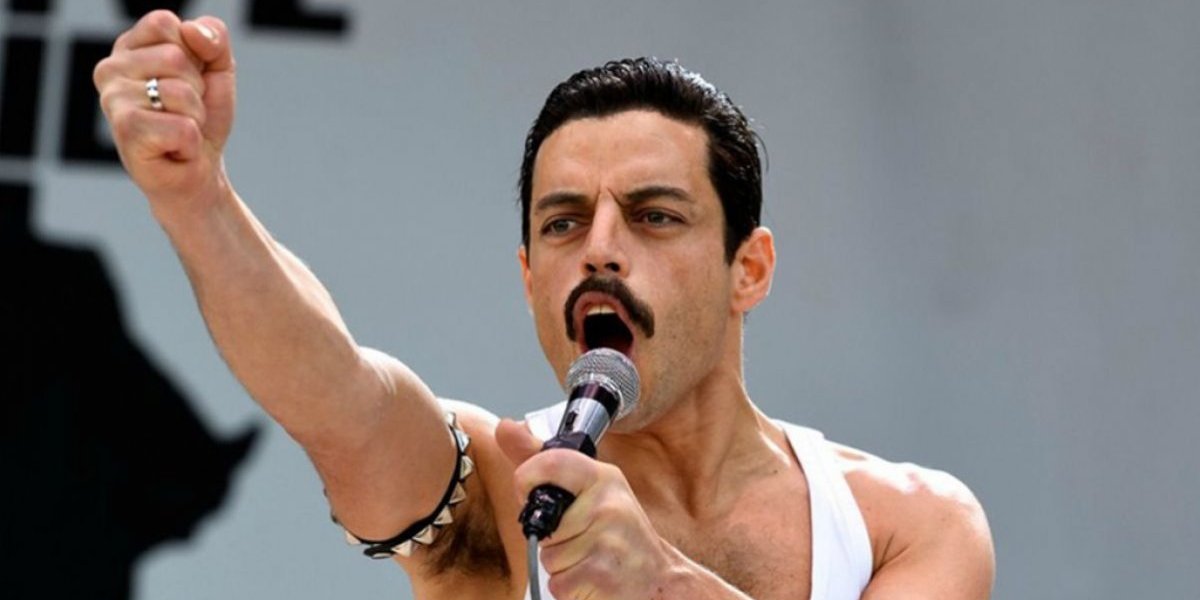 It was not my fault

Star + will not only be a service designed to bring us movies and series from the international market. In fact, it will also open its space for original content developed in Mexico. One of them will be It was not my fault, a series that looks shocking from afar and that will portray a very significant ailment of society that not only afflicts Mexico, but several regions of Latin America: gender violence.

The story centers on the investigation that a woman named Mariana carries out on the disappearance and death of his younger sister. And although that will be the central plot of the series, around it we will know other heartbreaking anecdotes that resemble that of the protagonist. The series premieres in mid-September. 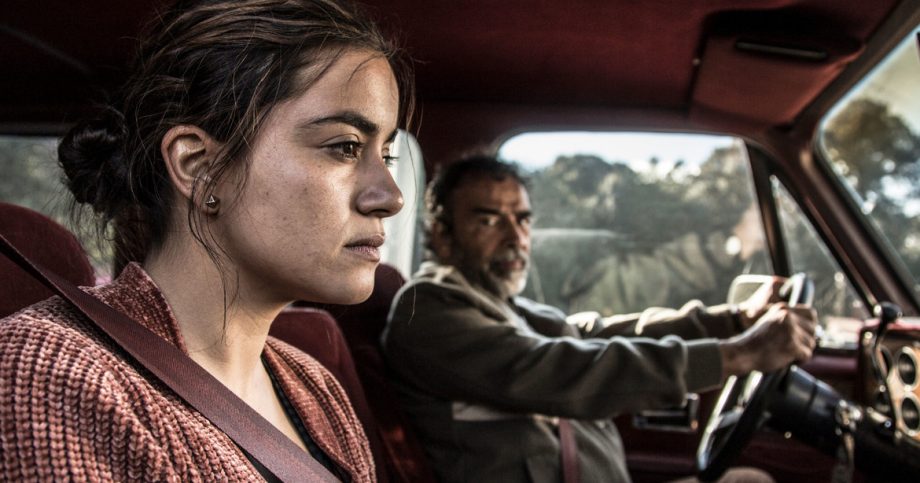 Image of ‘It was not my fault’. Photo: Twitter.

There goes a pylon with sports and other things …

Everything we have just shown you is just a small part of what you can see in Star+. Other classic series that you can find are Futurama, Padre de familia, Bob’s Burgers o The Walking Dead, American Horror Story, Bones, Grey’s Anatomy. As for movies, the saga of Back to the Future, Tough to Kill, Fight Club, The Shape of Water... and we reiterate: these is just a little of what you will find in the catalog.

Another surprise is that you will have access to sports content from ESPN to watch any number of sporting events from soccer to gold and much, much more. Some of the sports deliveries that you can tune into are:

– Serie A from Italy

Twitter is service. Here is a list of 100 movies and series that you can enjoy from now on in #StarPlusLA. What are you going to see first?