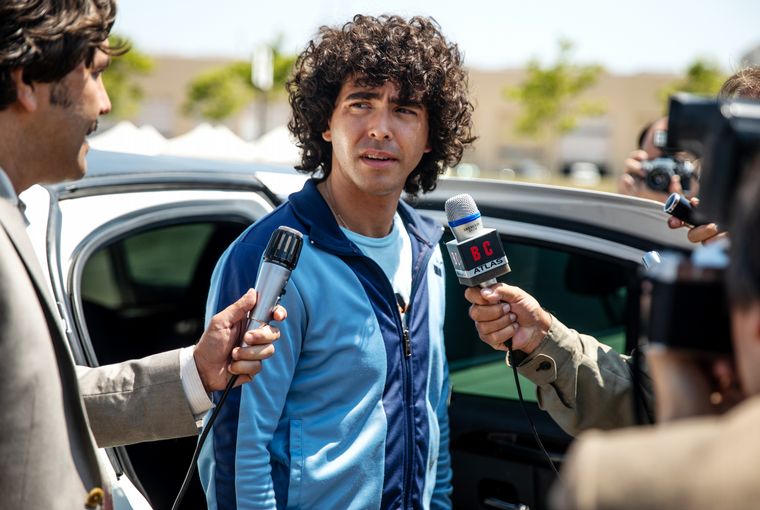 The Serie “Maradona: Blessed dream“It finally had its long-awaited premiere, with a shocking act with the entire cast at the Argentinos Juniors stadium where the first episode was screened, which could also be seen on the Channel 9 screen.

“Promesa” was the opening chapter in which the Amazon Prime Video and BTF production directed by Alejandro Aimetta from Cordoba, which combined one of Diego’s most critical moments, his overdose in Punta del Este, with his beginnings in football.

With a cast full of figures such as Mercedes Morán, Leonardo Sbaraglia, Peter Lanzani and Julieta Cardinali, among many others, the first five episodes can already be seen on the streaming platform – only the first could be seen on TV.

The chapters that are already available show from the beginning of “El Diez” until his conflictive departure from Barcelona, ​​at the previous moment in which his career would reach its peak with glory at Napoli and at the World Cup in Mexico in 1986.

When the new episodes come out

Every Friday will bring new episodes. The next November 5 will release chapters 6 and 7; on November 12 the 9; the 19 the 9 and the 26th the tenth and last.

Juan Cruz Romero – like a young “Pelusa” -, Nicolás Goldschmidt, Nazareno Casero and Juan Palomino are the four actors who put themselves in the shoes of the soccer star. The last three counted Chain 3 how they lived the call to play a role of such an important figure in the country and the world.

“My part represents their values, where they come from, what their family ties are. When they called me it was a huge joy just for the fact that they consider me,” Goldschmit said.

Casero, meanwhile, plays Maradona who shines at the top of European football and gradually gets into excesses: “He begins to have more powerful enemies, he is more rebellious and rebellious, he begins to mature and rebel against certain things, “he synthesized.

Juan Palomino, for his part, stressed that he had to get into an adult Diego where he mixes “from mischief, love for his parents and realizing the rebellion and irreverence of the goal against the English with his hand.” He also pointed out that he has to face loneliness on his part.

“I understand that the new generations know Maradona from 40 upwards, the one who is out of football himself. But Diego’s magic was always on until the last moment, because he is known all over the world and his death is so it paralyzed, for more than 48 hours we stopped talking about covid, “he said.

Aimetta directs, is showrunner and wrote the script with Guillermo Salmerón and Silvina Olschansky (“El marginal”).

With archive material and important makeup work, the series does not neglect the historical context, with references to the last civic-military dictatorship, the clandestine detention centers and the Malvinas War.

Who’s who in the series

In ten one-hour episodes, the production explores from its humble origins in Villa Fiorito and the jump from its pastures to the “Cebollitas” to its path to soccer heroism in which as many incredible achievements as scandals occurred. The story deals with family ties and the contexts that shaped an irreverent and seductive personality.

Maradona’s series premiered: everything you need to know