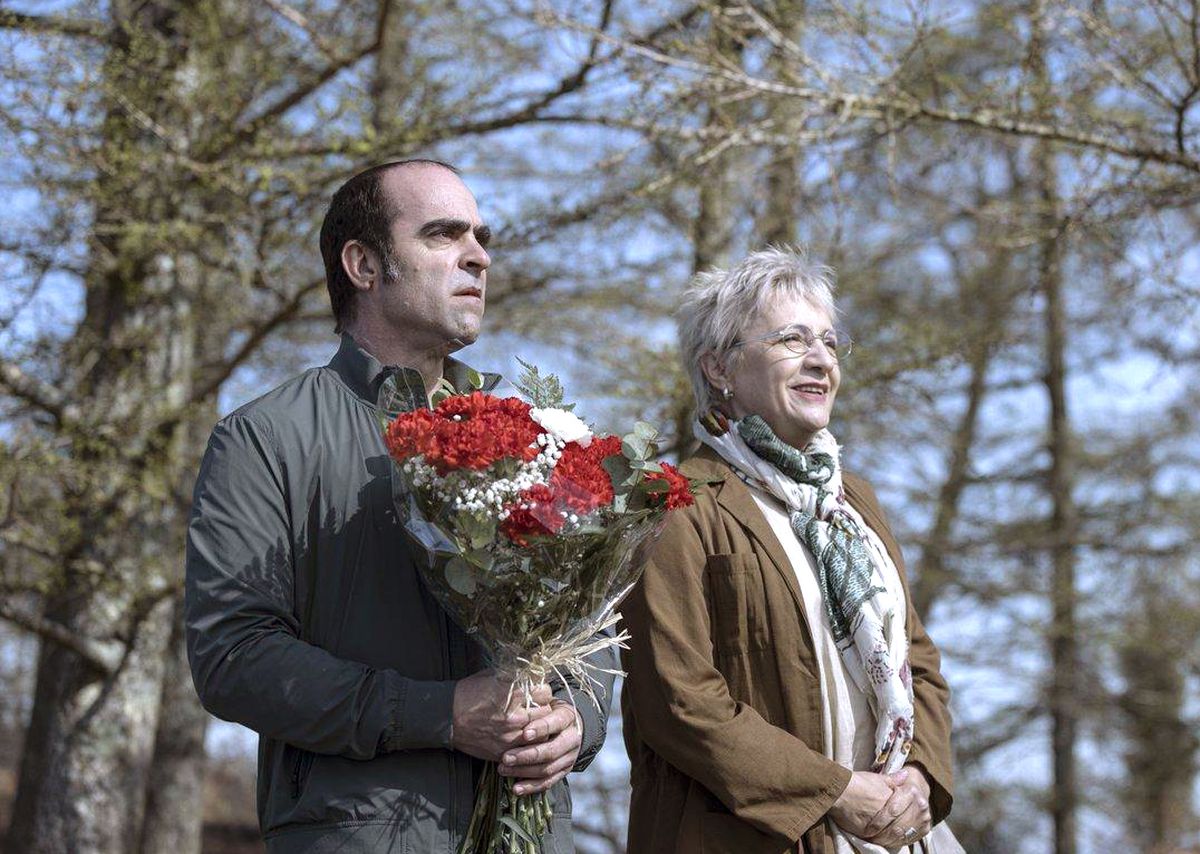 The three friends leave the screening together. It is 10:25 on a Saturday with cloudy skies and some rain in San Sebastián. They don’t want to give their names, but they do want to be from the city, are over 60 years old, live in different neighborhoods, and know the history that is counted in Maixabel, although not personally to those who starred in it. “It is a necessary film,” says one. “And what good does Basque Blanca Portillo. It was worth getting up early ”, points out another in front of the door of the main Kursaal building, where the new film by Icíar Bollaín, which is competing in this edition of the San Sebastian film festival, has been screened for the first time to the general public. “He plays a very sensitive material”, ends the third, in an expression that Portillo will repeat half an hour later at the press conference. They do not go further, because even in 2021 some issues are not discussed openly in the Basque Country.

And the subject in question are the restorative encounters that in 2011 led victims of ETA to sit face to face with terrorists. The process did not carry prison benefits nor was it publicized, but after the arrival of the Popular Party to the presidency of the Government, it was canceled the following year. Even today, parts of Basque society do not understand it. José Luis Rebordinos, director of the San Sebastián festival, has been saying for months: “Beyond its cinematographic quality, we know that Maixabel It is an important film for us, for this city, which will raise blisters in various sectors ”. Because Maixabel Lasa (70 years old), the widow of Juan María Jáuregui, the former civil governor of Gipuzkoa assassinated by ETA in July 2000, was one of those victims who sat down to speak with an ETA member. At that time it was also General Director of the Office of Attention to Victims of Terrorism of the Basque Executive. “My husband would also have spoken with the terrorists who killed him,” he repeated to those who opposed his decision. And he also says it in 2021, when those steps are questioned. He first spoke in a room in the Nanclares de Oca (Álava) prison with Luis Carrasco, who was accompanying Patxi Xabier Makazaga, the material author of the murder, in the gastronomic society where the crime was committed. And then, two years later, with Ibon Etxezarreta, the third terrorist in the command, who was waiting with the car in motion at the door of the premises. They talked, they talked. “It was not a matter of asking for forgiveness, of throwing the dead and violence in the face, but of creating the basis for the coexistence of the next generation,” he explains. Icíar Bollaín. Maixabel Lasa herself explains that those conversations did not like the ETA environment either.

In various countries, Maixabel, which opens commercially on Friday 24, it has provoked tears and applause. In screenings for members of the Film Academy at its headquarters in Madrid. In small sessions that the producers Juan Moreno and Koldo Zuazua have carried out for politicians and other relevant personalities in the Basque Country. Ibon Etxezarreta met Luis Tosar —Who embodies him on the screen—, he chatted with the two screenwriters (Bollaín and Isa Campo) and agreed, the film crew says, that the film be made “to honor Maixabel.” Because Etxezarreta and Lasa maintain a cordial relationship, the first thing that Blanca Portillo called in history. “It is that they go by car together, for example, and that confirms the immense emotional and intellectual journey that both have faced,” he recalled during the filming last March.

Some of the protagonists of the real story have seen it on a computer, others have preferred not to. Etxezarreta has declined to approach the festival or the evening gala session, the film’s grand debut, on Saturday night. There was a long applause over the credits during the morning session, with all the capacity sold both for the morning and for the evening (the festival maintains, by health regulations, 50% of the capacity of the main hall of the Kursaal, the well-known as K1). She received the same praise during the press pass on Friday afternoon at the Principal cinema in San Sebastian, and this past Tuesday at the Projections cinema in Madrid, where she was seen by journalists, exhibitors and other guests of the production company and of the technical and artistic team of Maixabel. “We wanted a lot of people close to the story to see it and I think they have understood it,” reflects Guadalupe Balaguer, the film’s production director. Bollaín adds: “The reactions speak of something cathartic. And in one of the screenings we sat politicians from all parties, which is already important in itself ”.

Bollaín wants the public to feel, and for the information to be shaped like a puzzle until the end of the footage. “What we tell are not so much the facts, that we respect them, as their experiences”, warns. That is why he has used María Jáuregui, the only daughter of the marriage, as a guide for the viewer. “She has been more reluctant to the process. He understood that it was good for coexistence, even for his mother, but he didn’t see it clearly ”, continues the filmmaker. Without being aware of it during the filming, he ended up framing the fictional María on the screen with the authentic Maixabel, from behind, in one of the sequences that portray the tribute that he annually gathers, before a monolith in the mountains, to friends and family of Jáuregui to remember it. The actual protagonists of the story attended as extras and extras mixed with the cast. “That was the day Ibon also came to the shoot, but he is not on the screen. We never think about it, because he doesn’t want to be a protagonist, ”says Bollaín.

By the way, the director confesses: “Knowing the material we had in our hands, one day during the shoot I said to Luis: ‘Hey, we could fail in others, but this movie can’t go wrong’. He laughed to reduce the tension, but we have all understood that we were talking about things that were too important, painful, about real people … “. The same Basque actors warned the director: “They warned me: ‘This is going to stir a lot and we want to keep talking.’ And I understand them: every day they all have to live together ”.

Does the origin of the director matter? “I wanted to talk about ETA and when at the time I read about the restorative meetings in EL PAÍS I was very impressed. The film is a commission, and I received it happily. I’m not Basque, right, I think that the external look also has its advantages. And luckily I did not suffer from terrorism. On the other hand, if we define who can or cannot tell something, only first-person accounts would remain ”. And he highlights another detail: “It is a film told through women, because mothers know that this situation cannot be left to their children.”

A couple comes out near the end of the trail of people. They will not give their names either. They are almost 50 years old and they assure: “We liked it, but I would not sit in front of whoever killed my partner.” Behind him comes a younger girl, and she, from a different generation, says: “If we don’t talk, what will happen to us? How will we share the future?