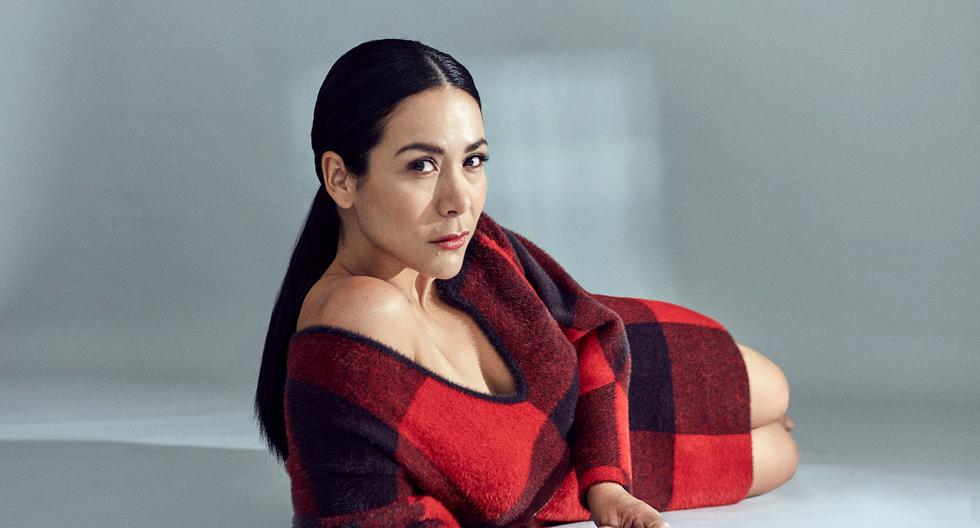 A Magdyel ugaz They told him many times not to try, that he cannot, that he is not capable. But she turned her back on those pessimistic voices and by challenging her fears and insecurities she showed that she could. Recently, she debuted alongside Gianella Neyra as a producer of “Half sisters”, A film that will hit theaters nationwide on November 18. “Now more than ever, women are reaffirming that we are capable, that we can be leaders. It’s good that I didn’t give prominence to that voice that told me I wasn’t going to be able to, ”he says.

READ ALSO: “At the bottom there is room”: Magdyel Ugaz talks about the possibility of reinterpreting ‘La Teresita

The idea of Magdyel and Gianella to produce a feature film was born in 2018, during a conversation that the actresses had about the series “Big Little Lies”, an American drama that has Nicole Kidman in the production.

“The cast that this series has is powerful, and its stories touch me strongly, they move me. It is incredible how a story told, written and directed by women can be very different from how a male gaze would capture it. And we were just talking about that, when we said: ‘Why can’t we do something here?’ “Why don’t we give it a try if we have brands to go with us?” Said Gianella. And at that moment we began to think about what we would like to tell. We both agreed that the starting point should be family ties, ”recalls Ugaz.

The film directed by Ani Alva presents the adventures and entanglements of two sisters from a father, Victoria (Gianella) and Marita (Magdyel), who are forced by circumstances to live together for a whole summer in their beach house.

-How was the creation process? Were there obstacles in the way?

We have had obstacles all the time. In my case, I was used to being given a character and voila, I had to offer the product, present the project to the brands, organize meetings via Zoom. Everything was new to me. Being behind a fiction has a lot to do with listening, giving in, reaching a consensus and lifting up a team when it is tired or strengthening it in hard times, as it happened when they sent us to quarantine, that everyone was scared. Despite my fears and insecurities, I had to stand up and try to move the team forward.

-Did you write the script?

Ítalo Cordano, who is our friend, ally, joined this adventure. He is responsible for the script. The starting point was to talk about family ties and we decided to do it from comedy because I feel that it is a very rich genre, which has accompanied me for almost my entire career.

-Is the movie inspired by your life or Gianella’s?

Not exactly, but when we did table work, as if to give our characters weight and meaning, we used as an example the bond that unites us with our brothers.

– How is Marita, your character?

Unlike Gianella’s character, who is very squared, mine is very flexible, open, at times overwhelmed, very particular. Marita is a genuine, tender, sensitive girl who could not enjoy the dream of having a family, as it was the fruit of a story that her father had outside of marriage. That is why she is terrified of being left, she jumps from one place to another, she never finishes things and she does not dare because she does not feel capable. In fact, I have been the inspiration for my own character.

– What does Marita have of you?

Tenderness, sensitivity and insecurity and that armor that I sometimes use to disguise my pain by smiles. She loves to see people happy, she cooks delicious, she wants people to feel good and in the process she forgets herself. I have a bit of that, although currently I try to dedicate myself more to myself, not to disguise a lot, now I verbalize more, I ask for help. I keep working things on myself to keep telling people, to whom they said that it cannot be done, that it can be done. For me, I share a lot with this film today.

– Are you still working things on yourself? What are you talking about?

While my talent and discipline have opened doors for me, in the beginning, as a teenager, it was difficult. Many times I stopped having lunch because I had no money, I went to the castings with the clothes that my best friend lent me, many things happened to me that generated doubts, I thought I was not going to do it. But I dared, I continued, and I managed to be bigger than those things.

– Is it true that as a child, when you started acting, you suffered from sexual harassment?

At that time the word harassment did not exist. Every time they put their hand in the mike or touched my breast, I blamed myself for being big, big, showy …, I wanted to be skinny. I was scared, but I decided to keep quiet for fear that my parents would forbid me to go to the theater. And those are wounds that remain and must be counted because we are not guilty of anything.

-Did you heal those wounds?

I keep doing it because, in addition, when I remember them, they hurt. A therapist told me one day that one of my greatest gifts will be helping me through my wounds. I didn’t understand it at the time, but as time goes by, I understand more.

– Is that why you always talk about bodies and breaking stereotypes?

That’s right, because they made us feel guilty for being big, for occupying a space, a chair. I felt it to a great extent when I overflowed and weighed 118 kilos, it was like my body revealed itself to all those things. I felt guilty walking down the street and being told something that offends me. That is why I am excited to know that this door is opening where I am behind.

– At some point did you evaluate the possibility of staying away from acting?

This medium is beautiful, but it is also aggressive. Sometimes I thought that the rhythm was overwhelming me and I wanted a life with less exposure, without so much demand. But there were people, like Efraín Aguilar (producer of “Al fondo hay Sitio”, who has known me since I was little, who helped me to see my greatness, not to decline, and to be able to say, currently, that I have produced a film in which I also I act. It’s good that I didn’t give prominence to that pessimistic voice that told me I wasn’t going to be able to.

-Do you plan to continue producing fiction?

I love acting, but I also love this space that I am opening up because it can be an important path to continue telling these stories that I feel are necessary to see on the big screen so that many women who have not dared, can dare. I know that I have a lot to learn, but I also know that I am capable. At the end of the year I will travel to Spain to study acting for two months. I want to get out of my comfort zone and continue to surprise myself with this race.

“At the bottom there is room”

– Are you going to be in the ninth season of “At the bottom there is a site”?

I have not received any formal proposal from the channel, I know that there is interest in doing something next year, but they have not told me anything.

– If this project comes to fruition, how would you like ‘Teresita’ to return?

She wanted to be a model and by the time she lived in the country it was pulled by the hair to think that a woman with the body of ‘Tere’ is a model. I would like to know what happened, if he managed to be a model, if he now has his modeling agency, if he is empowering the girls now. I think Teresita did not sit idly by, I think she did something.

– Is it true that Tere is everything you wanted to be?

That’s right, because we were talking about Marita and she was talking to you about how we approach from tenderness, naivety, insecurity. La Tere made me watch all that while making the film: she motivated me, she lifted my spirits, she didn’t let me fall. He has an amazing personality. He is a very rich character, I have an immense affection for him. 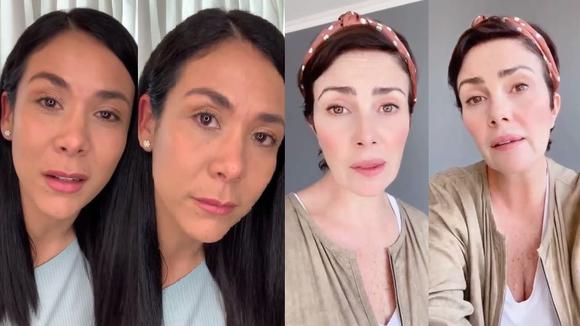 YOU CAN ALSO READ

Magdyel Ugaz opens her heart about her new film, her experience with bullying, the return of La Tere and her early departure to Spain