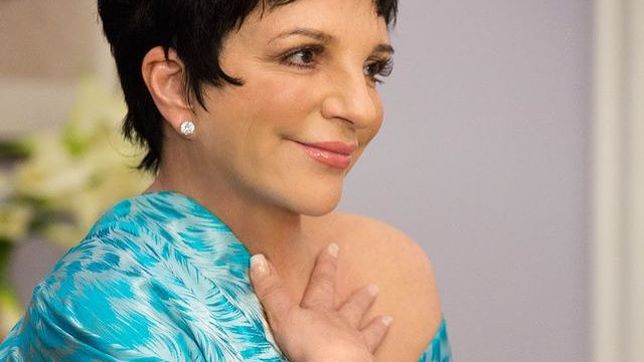 The gala of Oscar awards had as main protagonist Will Smithwho in addition to taking the Oscar for Best Actor for his portrayal of Richard Williams in ‘The Williams Method’also slapped Chris Rock later that he made an unfortunate comment about Jada Pinkett Smith and his alopecia. He was too’CODA’the film that won the Oscar for Best Picture.

To announce the winner of this latest award, Lady Gaga and Liza Minelli those in charge of getting on stage to read the name written on the envelope. A moment when Minnelli surprised her fans by appearing in a wheelchair held by the singer, and giving the feeling of being dazed in front of the audience present at the Dolby Theater.

Liza Minnelli became one of the most charismatic actresses in Hollywood after starring in ‘Cabaret‘ and win the Oscar for Best Actress in 1973. Today, at the age of 76 and with a long medical history in which a encephalitis and various hip operationsshe can barely walk, which caused her to have to go up to the Oscars stage in a wheelchair.

She wanted to appear in a director’s chair

However, this could not have happened according to his friend, the musician Michael Feinsteinthrough an interview given to ‘The Jess Cagle Show’where it has been revealed that the actress got into the wheelchair against her will after notifying the leaders of the Academy that he didn’t want to go on stage like that, but rather incur a director’s chair. “She said, ‘I don’t want people to see me limping out there.’ She said, ‘You know, I want to look good. I don’t want people to worry about me’”, Feinstein has assured, confessing that she was “forced” by the organization to appear like this.

“So, five minutes before he came out, when he sat in a director’s chair backstage (and because I guess everyone was in shock from what had happened before), the stage manager said, ‘No, he has to be in a wheelchair’”, confessed Feinstein, who later added that for Minnelli it was somewhat humiliating: “She was nervous and they made her look like she was in a daze. Can you imagine suddenly being forced to be seen by millions of people in a way you don’t want? So that’s what happened.”

In fact, before the Oscars, the actress and singer He confessed to Feinstein that he was not going to go out “in a wheelchair in front of everyone. I will not do it. I have refused to do it”, something that changed behind the scenes, when they forced him to go on it. Despite this, she “feels very well.”