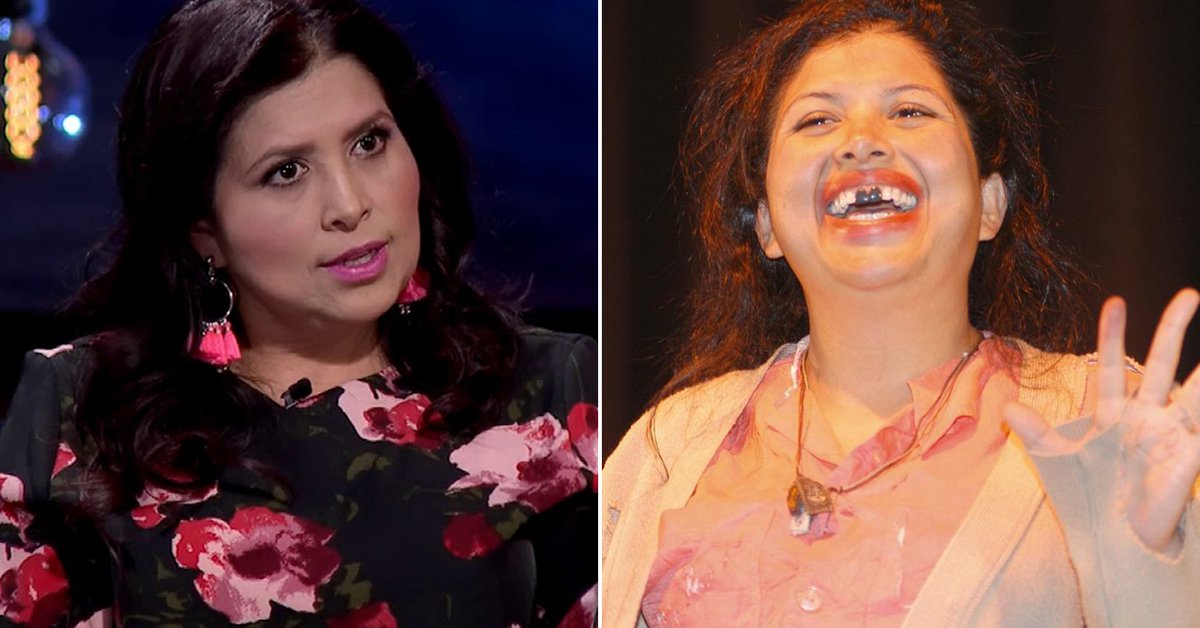 Liliana Arriaga placeholder image, better known as “The shots”, Has played the character who suffers from alcohol problems for more than 25 years, but the actress He recently participated in a new production for the big screen in which he will have a new personality.

Chilangolandia is the tape where Liliana is one of the protagonists and in an interview for the program Chismorreo He spoke of the importance of the project, since it is the first film in which he participates: “It is very important because I am going to make myself known in another facet, after having 26 years with the character of the “The shots” and that has a great popularity ”.

Arriaga shared her feelings about the new role in the film: “It was a challenge and I am very happy and excited because apparently the acceptance by the character has been fantastic and It is something that I really appreciate being Liliana Arriaga and not ‘The shots´”.

The actress also spoke about what it was like to act alongside her classmates and the director: “There was very good chemistry, I felt very sheltered, because as you know it is my first film on the big screen and with Miguel, my partner, although there was no kiss or nothing there was chemistry; also with the advice of the director and of the side of the companions ”.

This is how Liliana Aragón looks without interpreting her character (Photo: Instagram @_lachupitos)

At the beginning of September, Liliana shared a video on her Instagram account where she can be seen in a clinic. On Saturday 4 of this month the former participant of The funhouse uploaded a video to his Instagram where He is seen lying down, wearing a robe and channeled. However, in order not to lose the touch of her usual sense of humor, the famous one gave a short message to her followers.

“In case they were with the earring”, You can read in the story that he placed in his profile and that he accompanied with the song of Sick of love of the group Jeans. After showing his current situation, he shared an image on his account showing a labeled container of a serum, but which is actually an alcoholic beverage.

“Oh, they sold me a very rare serum”, you can read. To which the artist jokingly added: “I can’t believe it, no one can be trusted anymore.”

The actress shared this image to show the humor that always characterizes her (Photo: IG @_lachupitos)

Her followers were quick to react and although some laughed at her publication, others took the opportunity to question her about her health. “Gossip, why are you in the hospital, did you take something off there? “said a user who received no response from Arriaga.

The character of “The shots”Was born in show business several decades ago, in a comedy contest. Then, nervous about not knowing what to do, she decided play your uncle funny, who had alcoholism problems.

Arriaga won the contest and being supported by other comedians, she immediately tried to reach television, but due to the origin of her character, many people rejected her, she was even fired from television stations by play a woman with addiction problems.

The “Chupitos” has been part of various comedy shows (Photo: Instagram @_lachupitos)

In an interview with Let the joy come, Liliana recalled that she was expelled from Televisa and he did not know why: “They grab me for the posada of publicists that they did, I was brand new in this, so it was from ‘Let’s see, what are you going to say’, then I said my routine. The moment I start the show, something did not like and they cut meThey took me out, they turned off the mike ”.

Horacio Villalobos assured in the program that he was present during that presentation and, as he recalls, the presentation of “Chupitos”Was detained because one of those present was “Tiger”Azcárraga, who very upset got up from his seat and yelled that “it was crap”.