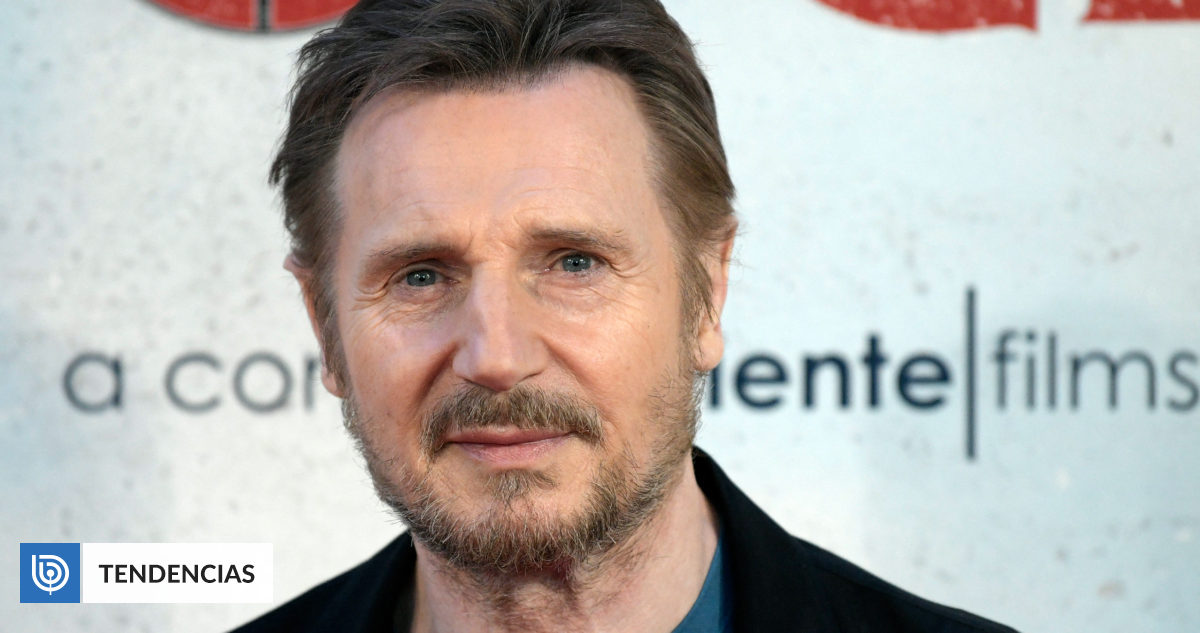 Liam Neeson He is already 69 years old and has a career that has made him a movie legend, which despite the fact that he is almost 70 years old, remains in force in Hollywood.

Originally from Ireland, he began his career with small appearances in films such as “The Bounty” next to Mel Gibson y Anthony Hopkins O “The mission” with Robert de Niro, But world fame didn’t come until 1993.

That year, Neeson became a Hollywood star thanks to Steven Spielberg and the character of Oskar Schindler, protagonist of the award-winning film “Schindler’s List”.

The role earned him his first Oscar, Golden Globe and Bafta nomination. Although he did not win, the actor saw how his career was only on the rise, with roles such as that of Qui-Gon Jinn, the Jedi knight and master in “Star Wars: The Phantom Menace.” However, his career has taken an impressive turn and he has become an action hero who is capable of bringing as many people to the movies as the newest stars of the show.

Although behind his performance like “Bryan Mills” and other action roles he has taken over the last few years, there is a hidden tragedy that has accompanied him 13 years ago, when he lived one of the saddest moments of his life.

Liam Neeson, a man in love

Liam was born in Northern Ireland, where he began his acting career through theater, although this was not the first profession he tried to pursue. Before that there were football and boxing, although he also drove a forklift for 18 months while working in a Guinness factory, he told Esquire.

However, acting was her true passion. It was precisely through this work that he met the actress Natasha Richardson, popular worldwide thanks to her role as mother of Lindsay Lohan in “Twins game” and part of one of the best known dynasties in the United Kingdom: the Redgrave, made up of celebrities such as the filmmaker Sir Michael Redgrave (his grandfather), the actress Vanessa Redgrave (his mother) or Joely Richardson, the protagonist of “101 Dalmatians”.

The couple met in 1993, one of Neeson’s best years. Not only had he been nominated for an Oscar for his role as Oskar Schindler, but his career was rising to Hollywood stardom. But that didn’t stop him from leaving the theater. In fact, he starred “Anna Cristie”, work where he found the love of his life, Natasha.

Their relationship was so strong that the actress divorced the producer Robert Fox, who she was home with when she met Liam.

Although before he had been with other celebrities such as Hellen Mirren, Julia Roberts and Cher included, the interpreter fell madly in love with Richardson, with whom he later returned to work – this time for the big screen – in “Nell”. They finally got married on July 3, 1994, as recorded The world.

The marriage took place in the house they chose to live on the outskirts of New York, with a celebration that included a great surprise from the bride who sang “Crazy Love” by Van Morrison, which they had both chosen as their “wedding song.”

“After the ceremony, we were all going in to start the festivities, and she grabbed the microphone and started singing. I was in a state of shock, “recalled the interpreter, according to the newspaper highlighted The nation.

The couple maintained one of the most established relationships in Hollywood, making constant public appearances in which they were even accompanied by their children, Michaél and Daniel, who were born only a few years after Neeson and Richardson joined at the altar.

However, happiness is never forever and it is something that Neeson burned when he received a call in March 2009 and everything was transformed for him.

The accident that changed everything

In 2009, Liam Neeson enjoyed the success of the first installment of “Taken”, where he played Bryan Mills, a former US government agent who was looking for his daughter kidnapped by an Albanian mafia who would sell her as a prostitute.

The actor was living one of his best moments, he was shooting “Chloe” in Toronto when he got a call from his wife, who was skiing in Mt. Tremblant, 130 kilometers from Montreal in Canada.

The actress told the phone that she had had a strong fall in the hard snow, downplaying the accident, indicating that she even refused to receive the medical assistance proposed by her instructor.

Unfortunately, after this Richardson began to have severe headaches, so a medical team transferred her to a hospital in Montreal, while Neeson flew from Toronto to see his wife after learning the true gravity of the accident.

A few hours later, he arrived at the hospital where a nurse recognized him and gave him guidance. “He told me where he was and I ran into a doctor who appeared to be no more than 18 years old who told me the worst. He showed me the X-ray of his crushed skull. I knew what that meant “, consigned Infobae.

The couple had vowed to tune out if they ever entered a vegetative state, he confessed to Anderson Cooper on “60 Minutes.” The actor commented “I told him ‘My love, you are not going to get out of this. You broke your head. I don’t know if you listen to me, but that’s what happened. So we’re taking you to New York. And all your family and friends will come. ‘ And that was more or less it ”.

The actor traveled to New York with his children and his wife in a vegetable state so that his family could say goodbye to Natasha at Lenox Hill Hospital in Manhattan, where he died on March 18, 2009 leaving Liam and his children.

In an interview that he postponed for 18 months with Tom Chiarella, to Esquire, the actor confessed that he took refuge at work to cope with his grief, in which he also had to raise his 12 and 13-year-old children, a task in which his mother-in-law helped him, Vanessa Redgrave.

“I think I survived by running away to work. I know how old I am and that I am one shoulder injury from losing roles like “Taken.” So I keep the training, I keep the job. That’s the strange thing about pain: it doesn’t allow you to prepare. You think you are going to cry and finish at once. You make plans, but they never work, ”he added.

Although alcohol would also have been an escape for the actor, who later declared to GQ what “I stopped drinking because I realized it was too much. It started when Tasha died. Never at work … but at night I could easily take two or three bottles of Pinot and believe that everything was under control ”, he acknowledged.

The actor returned to incarnate Bryan Mills to “Taken II” where he again gave life to the former agent who sought revenge and executed the loss of his family, something that has characterized all his roles since the death of his wife.

“Love Actually” was one of the first. Although he had already played a widowed man, when he played Daniel, a stepfather who had to guide his son while he mourns the death of his wife, the experience was shocking, especially for the short time that had passed since the Natasha’s departure.

Since then, all of his papers had a strong link with the death of a loved one.

Out to execute her son’s death in “Revenge below zero” or to deal with the departure of a relative, in “Widows”, the actor maintains a strong relationship with these types of characters, expressing there the pain of the grief that Richardson still lives.

Although the greatest tribute to Natasha was made through “Made in Italy”, a film in which together with her son Michéal Richardson they pay tribute to the actress with a drama very similar to that of their lives, highlighted the magazine Hola !.

Liam and Michéal – who changed his surname to Richardson like his mother – play a father and son who travel from London to Tuscany, Italy, to sell the house where they shared as a family with the protagonist’s late wife.

The drama brought them together after they went through difficult times, since after Richardson’s death, the eldest of his sons found an outlet in drugs.

The actor commented to GQ: “Being a single parent was not always easy, and Micheál had some addiction problems, which he overcame. They are learning … and sometimes they take dangerous routes. There I think: ‘Damn, if Tasha was here, I could understand this.’

He added: “But we are fine. Drugs are a concern for all parents. They are like a virus … A teenager tries and is suddenly trapped, and that changes his life and that of his family forever. I trust them and they are sensitive guys, but there are times when the chemistry doesn’t work. “

The actor who just premiered “The Ice Road” -his first film for Netflix with an action cut that again proposes him as an action hero at 69 years old-, he has never stopped talking about his wife.

In 2016 he published through his social networks: “They say that the most difficult thing in the world is to lose someone you love. My wife died unexpectedly. She brought me so much joy. She was my everything. ”

The actor referred to her again, stating that “Those 16 years of being her husband taught me to love unconditionally. We have to stop and be thankful for our spouses. Because one day when you look up from your phone, they won’t be there anymore. What I really learned above all is to live and love every day as if it were your last. Because, one day, it will be ” picked up US Weekly.

These reflections along with her work are ways in which she has constantly carried her in her life, keeping alive the memory of Natasha, the love of her life.