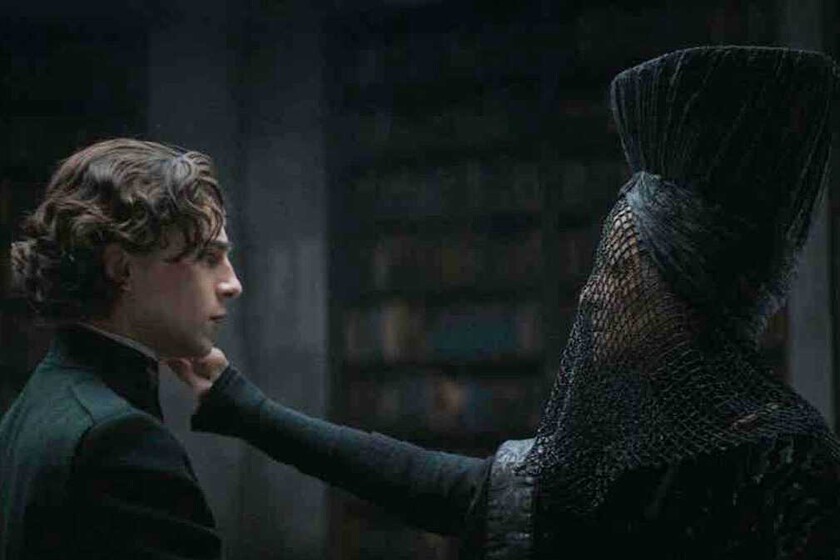 More than two months have passed since the expected ‘Dune’ by Denis Villeneuve reached our cinemas, and there are still many of us who continue to hallucinate with his overwhelming audiovisual treatment and his impeccable sense of the spectacle. In fact, it is no coincidence that a reference of the stature of Christopher Nolan has praised, among other things, an integration of practical and visual effects at the forefront of the medium.

Now, thanks to an interview with the medium SlashFilm, we have been able delve into the creative process of ‘Dune’ thanks to its production designer Patrice Vermette; collaborator of Villeneuve in such powerful titles as ‘Prisioneros’, ‘Enemy’, ‘Sicario’ and ‘The arrival’.

Vernette begins by shedding some light on what was her first contact with the project in a first stage marked by the absence of self-imposed limitations.

“When we start dreaming the movie together, we think, let’s dream, let’s not put any limitations. Let’s go with what we feel is the right thing to do. And obviously when you read the book, it describes the Arrakeen palace as the largest place ever built. never by human in the entire universe. So you think, wow, it must be darn big. It’s great because it fits into Paul’s arc. It comes into a world that’s bigger than or ever imagined and you feel all the weight on his shoulders. So we physically thought we’d go for the right thing to help the story, and then we’ll see how the hell we’re going to do it. “

Obviously, this conceptual scale is not easy to translate into reality, but the production designer and his team chose to put aside the green screen as much as possible, to seek as much realism as possible, making way for an ally as unexpected as fabric; an element that marked the lighting of the sets and facilitated the work of the VFX teams.

“The approach was always that more is not better. The actors, Denis and the crews, are in one space rather than using a green screen. So obviously we had limitations on some of the sets, not all, but some were limited in space, but some others were also for budgetary reasons. So we had to do a couple of tricks, like moving walls to create a new space. And another trick was to build everything that was larger than eight or ten meters with fabric.

We build the sets with fabric, framed fabric, painting it the same color as the rest of the decoration. We used this technique only for what was happening in the city, and it determined where the light would come from and what obstacles it would hit, so it helped to illuminate correctly to represent what was in the concepts. It also pointed out to the VFX team the areas that needed to be completed with the correct texture. In general, it gave us the correct lighting so that the VFXs would integrate better, and it prevented the light from being contaminated by green, making this world more real. “


After all, and as the final cut of the film already suggests, one of the main objectives of ‘Dune’ was to transmit a feeling of realism and of being in a tangible universe as solid as possible.

“I hope everything I said makes sense. We wanted those worlds to feel real and ancient. We crack walls because that’s what happens when we build them. There are chipped corners, and there is moisture and mold growing on those stone walls.”

If you haven’t done it yet, you can still enjoy ‘Dune’ in the odd cinema or on the HBO Max streaming platform.