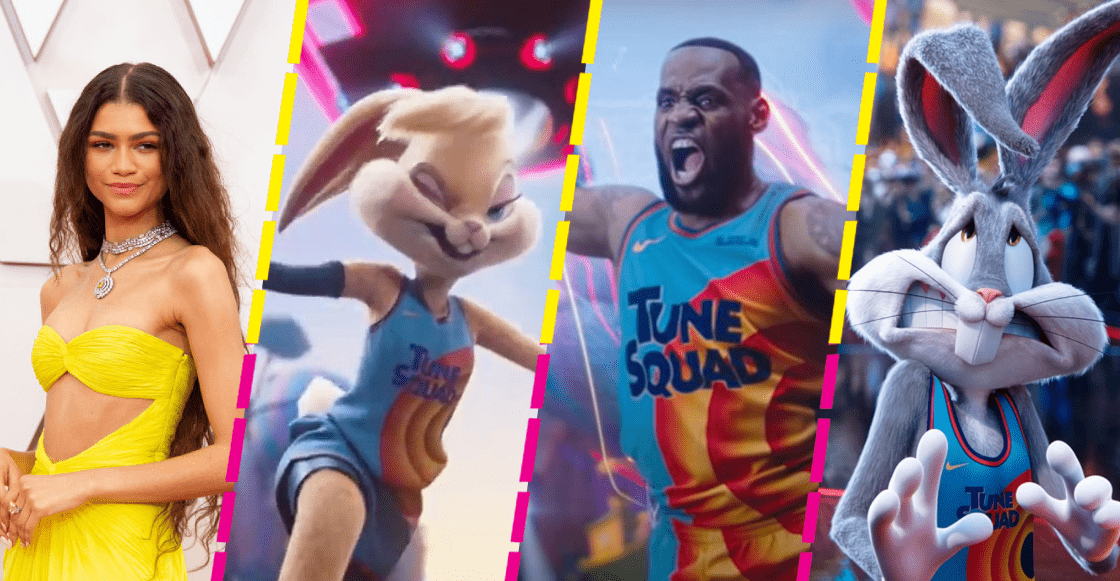 Finally! After a long time of waiting, we can see Space Jam: A New Legacy and the emotion is felt. And it is not for less if we take into account that 25 years must have passed for the sequel to the franchise to come into our lives. But hey, as they say out there, “There is no deadline that is not met” and the moment arrived.

Once again, the endearing characters of the Looney Tunes They will step on the floor again and they will do it to help LeBron James, who must rescue his son and, incidentally, stop the sinister intentions of an Artificial Intelligence that wants to do his thing. Of course, our funny heroes and the NBA star will not have it easy at all.

‘Space Jam: A New Legacy’ comes with everything and a luxurious cast

Even though more than 20 years have passed since its premiere, the first film of Space Jam our heads keep flying. And it is that, if we are honest, to see the tremendous idol that is Michael Jordan next to Bugs Bunny and company is one of those things that only cinema – and of course, Warner Bros – could put together.

And that’s how exciting that delivery was, A New Legacy (‘A new era’ in Latin America) seems to have all the ingredients to repeat and take the formula to another level. Now, LeBron James is the figure who will embark on a game of epic proportions where, with the help of the Looney Tunes, he will reform the Tune Squad and try to stop the fearsome and powerful Goon Squad, the undefeated champions of a digital universe of madness.

But to all this … who are the members of that team? Who is leading them? Who will we listen to giving voice to our beloved animated characters? Well, look no further than below we will review the cast of Space Jam: A New Legacy.

Let’s start with the Tune Squad and the top figure of the moment…. If in the 90s, Warner Bros threw the house out of the window by bringing Michael Jordan to the big screen, for the sequel to Space Jam the matter would not be different. So they brought in the mere grouper, the figure, one of the brightest basketball stars of recent years who undoubtedly already has a secured place in the Olympus of blast sport.

The iconic LeBron James, current Lakers player, is our protagonist in Space Jam: A New Legacy. As is well known, he will play himself and be the hero who commands the Looney Tunes team in this dangerous and exciting encounter. The young version of the basketball player will be played by actor Alex Huerta. 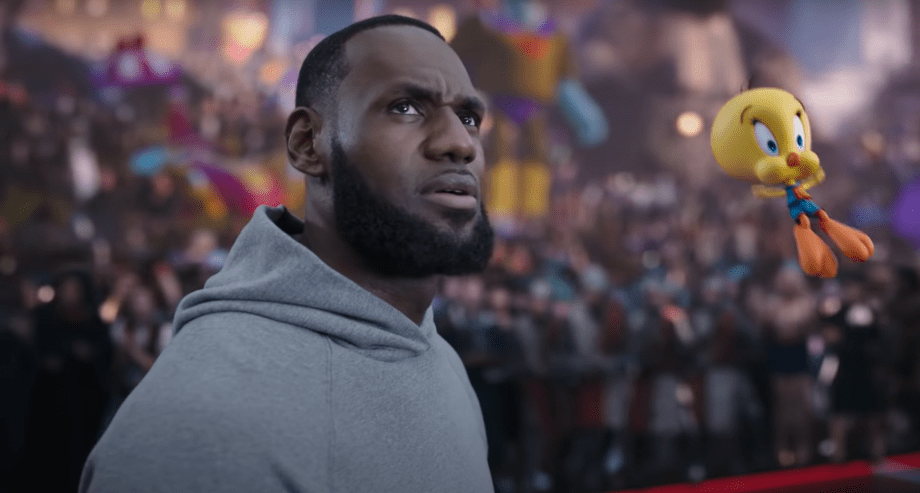 The popular actress of Euphoria and the new trilogy of Spider-Man adds one more project to his resume, but this time as part of a vocal cast. The Emmy winner will lend her voice to bring the ever-competitive Lola Bunny to life. This will not be his first foray into this field since previously, he lent his voice for children’s films such as Duck Duck Goose Y Smallfoot. 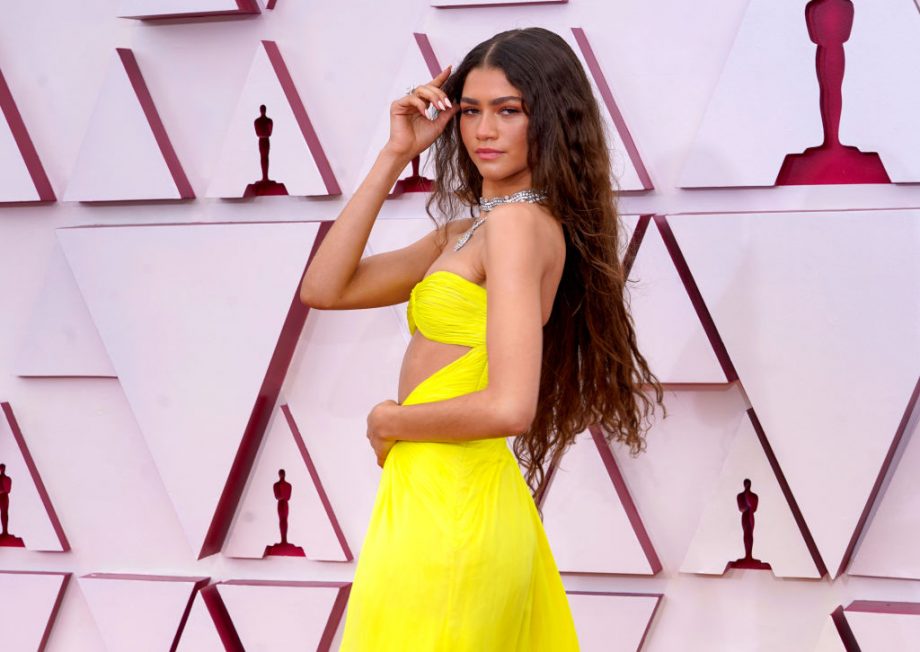 For dubbing dunks and those who watch the movie in its original language you’ll be happy to know that Jeff Bergman will return to cover the voice of our favorite rabbit, Bugs Bunny. To understand the value of this man within the Looney Tunes franchise, it must be mentioned that he was the first to replace the legendary Mel Blanc (the voice of the first animations) following his passing as a voice actor for the iconic WB emblem character.

Of course, although Jeff did not participate in the first installment of Space Jam, now he will do so in A New Legacy and he will do it with various characters such as Silvestre and Bigotes Sam. For the Latin dubbing, Alfonso Obregón is confirmed, who lent his voice for the 1996 delivery and who, among other things, is recognized as the Latin voice of Shrek himself. 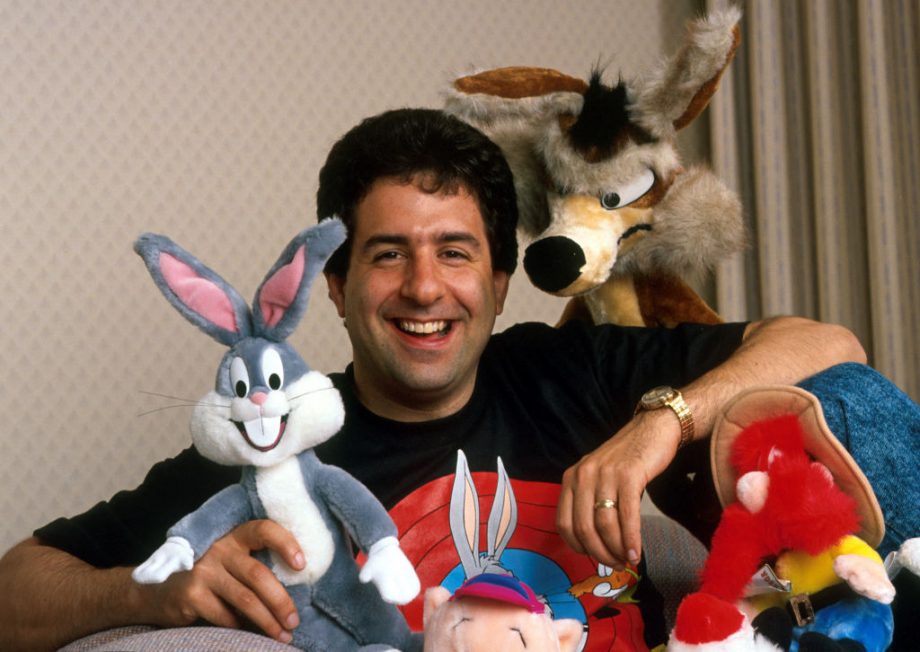 In order to Space Jam: A New LegacY, LeBron James will be backed by his family, but not his true loved ones. In that sense, the actress Sonequa Martin-Green, who you will remember for her appearances as Sasha Williams in The Walking Dead, will play the basketball player’s wife (in an interpretation based on Savannah James, the NBA’s real partner). 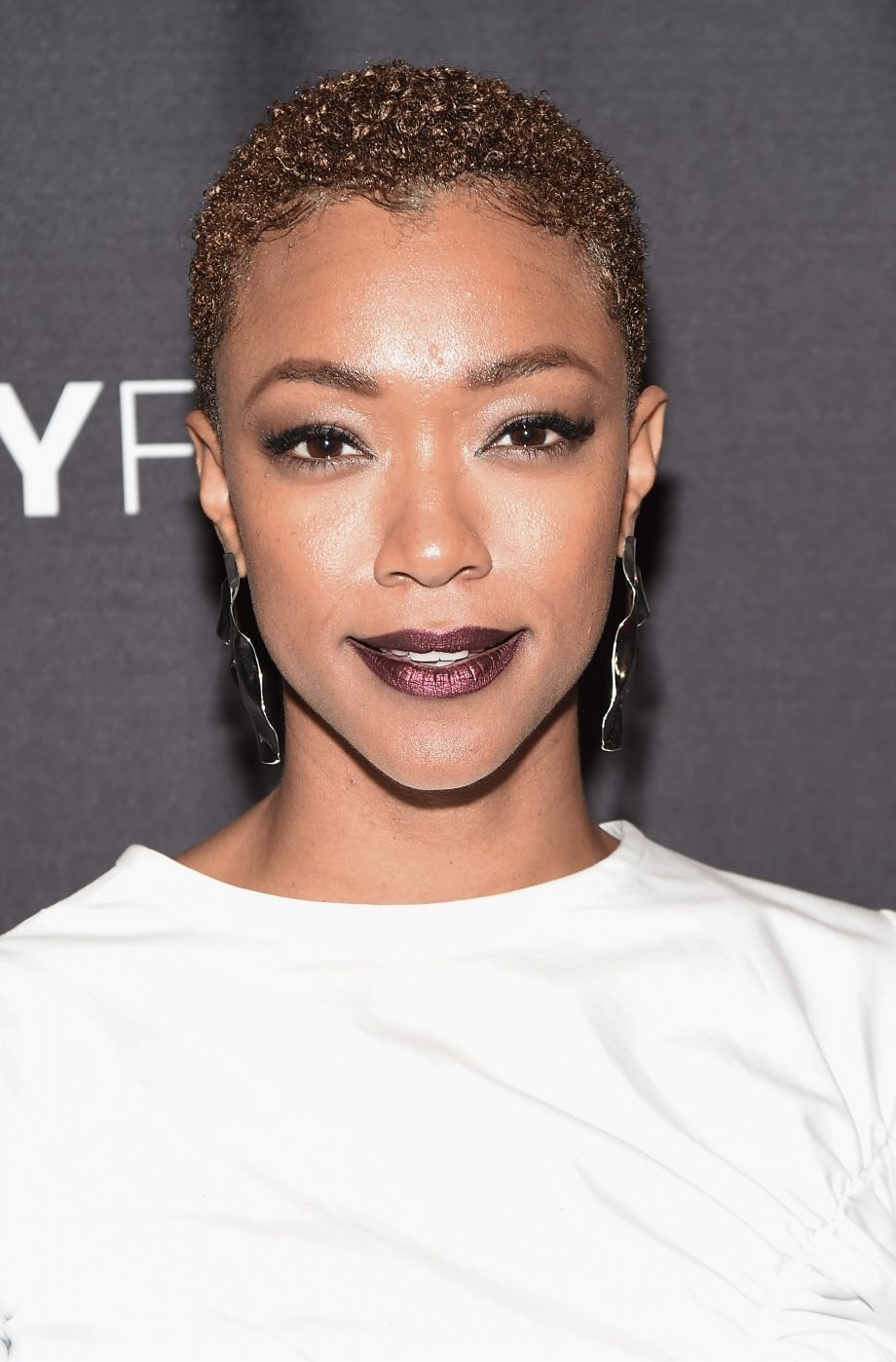 Young Cedric Joe will play LeBron James’ son Dom (based on his real-life youngest son, Bryce James). In this adventure, the boy does not have a very close relationship with his father because he wants to be a video game developer, refusing to follow in the footsteps of the basketball player. Dom will be kidnapped by the virtual enemy of history and from here, the mission and the game will start. 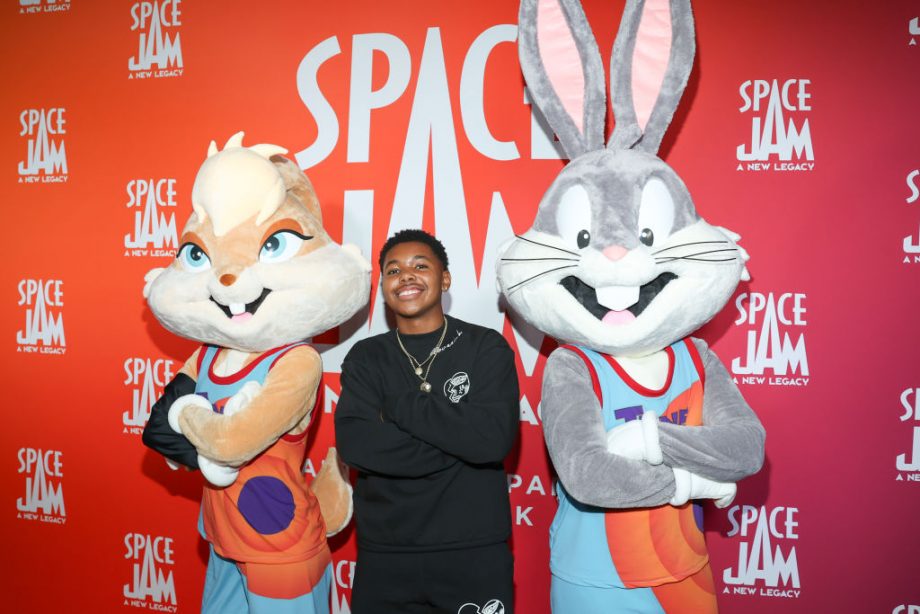 Let’s see now who will be the antagonists of the story. In order to Space Jam: A New Legacy, Don Cheadle will be the main villain known as Al-G Rhythm. He is a rather fussy and disgruntled artificial intelligence who plans to master the Warner 3000 Server-verse and who, among other things, want to steal the athlete’s identity.

His name is a pun on ‘algortimo’ in English. At your disposal you will have the Goon Squad to face LeBron and the Looney Tunes team. 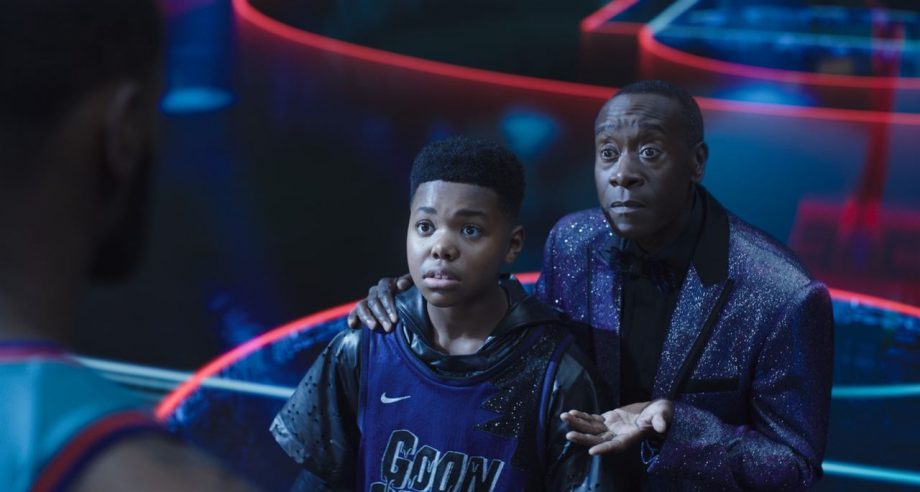 Remember in the first Space Jam movie the Monstars stole their skills from some professional basketball players? Well, something similar will happen here with him Goon Squad .

In that sense, one of the members of the new antagonist team will be Wet-Fire, who receives the voice of the legendary Klay Thompson, one of the current stars of the Golden State Warriors. The part of his name ‘wet’ in the character, is an allusion to the nickname he receives with his teammate Stephen Curry como The Splash Brothers. 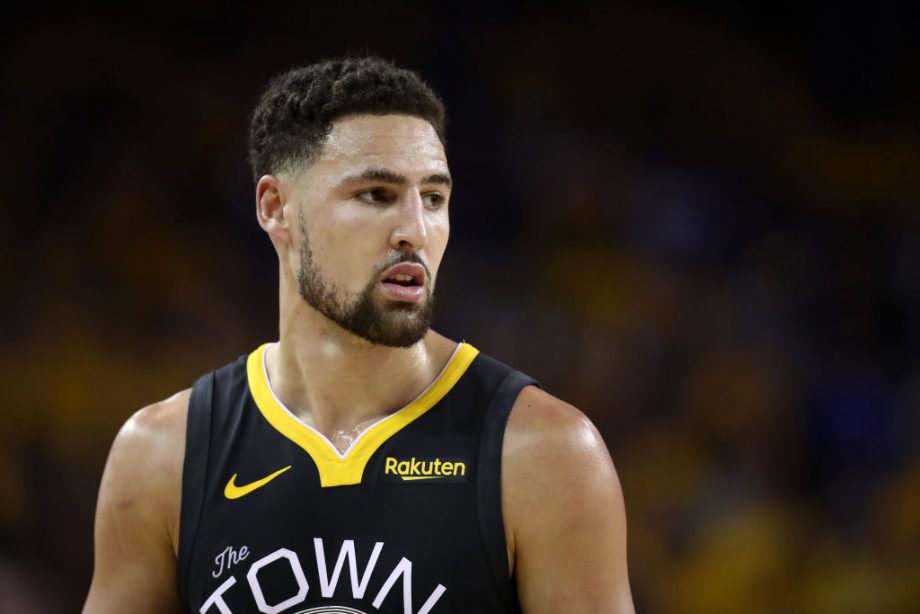 More stars join the Goon Squad. Anthony Davis, the imposing power forward of the Lakers lends his voice to the character of The Brow, a winged player with a fairly marked eyebrow (from which he gets his nickname) who looks a lot like Davis physically. 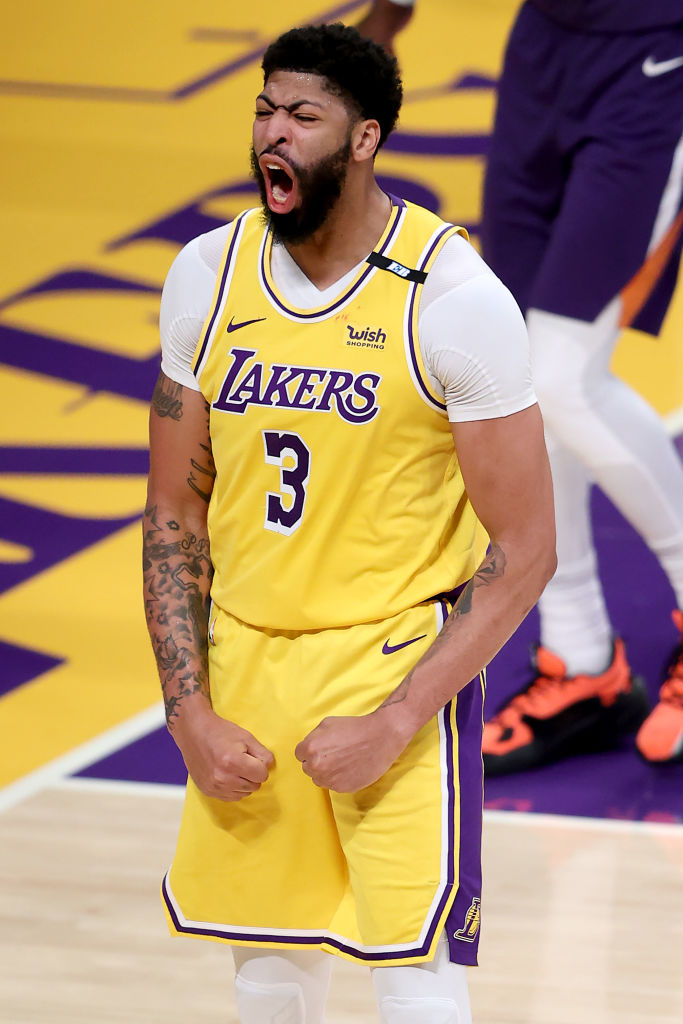 The point guard of the Portland Trail Blazers too Join the mighty and feared Goon Squad as Chronos, whose specialty is speed on the court and whose name is taken from the Greek god of time, this as a play on words referring to the basketball player’s nickname – “Dame Time” -. 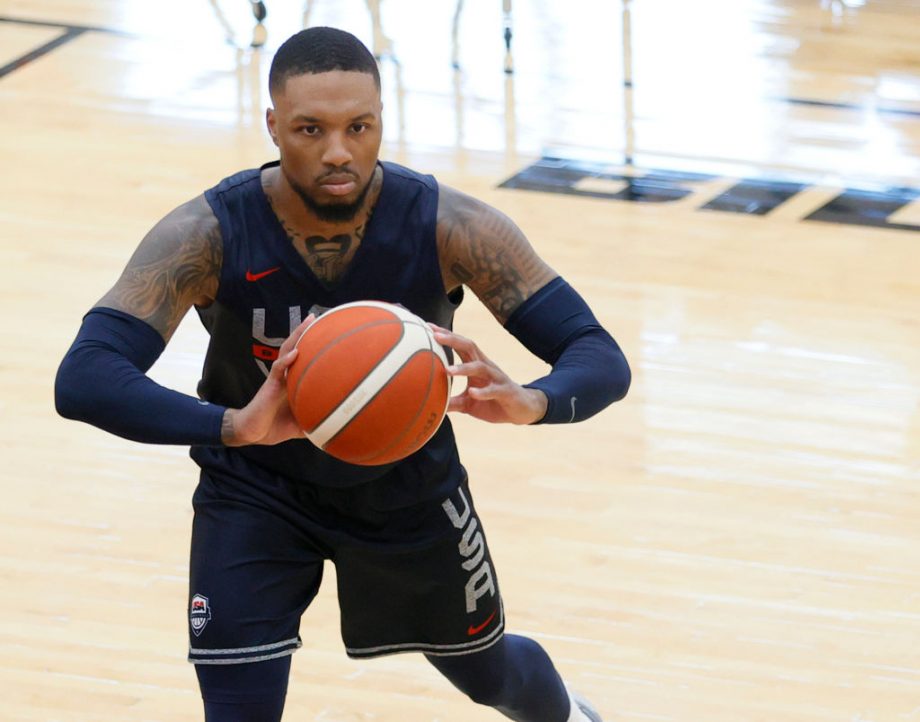 The legendary Diana Taurasi, considered by many to be one of the best and most important basketball players of all time in the women’s branch of the NBA, will live up to her nickname in the professional field playing “White Mamba” in Space Jam: A New Legacy. Anecdotal fact: his nickname is a reference to Black Mamba, the nickname by which the basketball world knew Kobe Bryant. 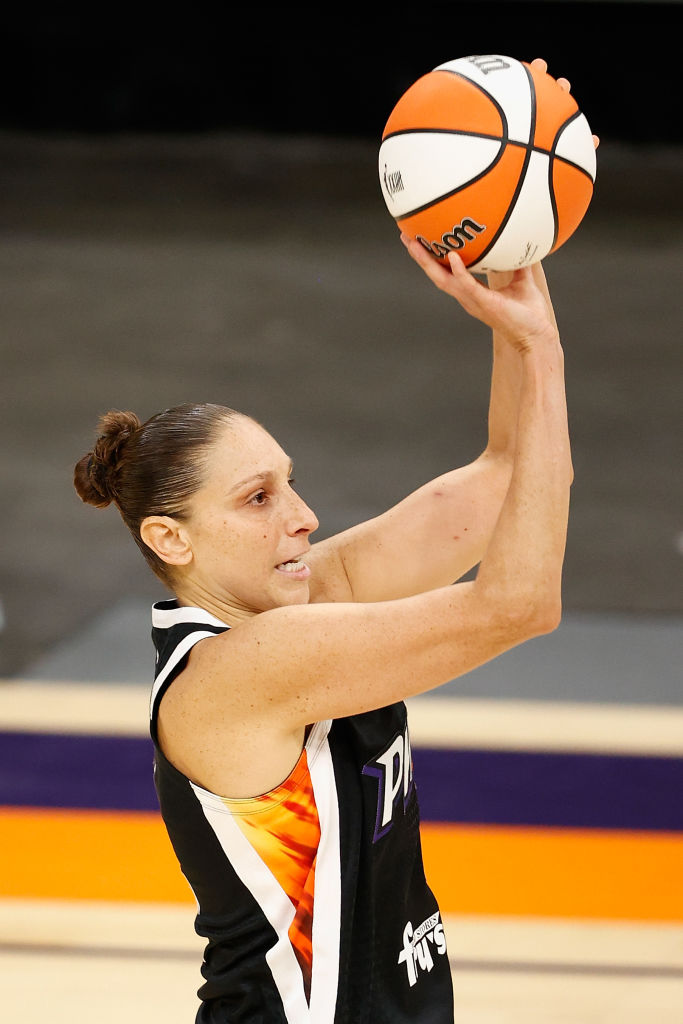 The Nigerian-American star of Los Angeles Sparks, Nneka Ogwuimike, complete the Goon Squad with your character as Arachnneka, name that refers to the arachnid form of his character. His eight arms will undoubtedly make life difficult for LeBron and the Tune Squad when trying to score the ball. 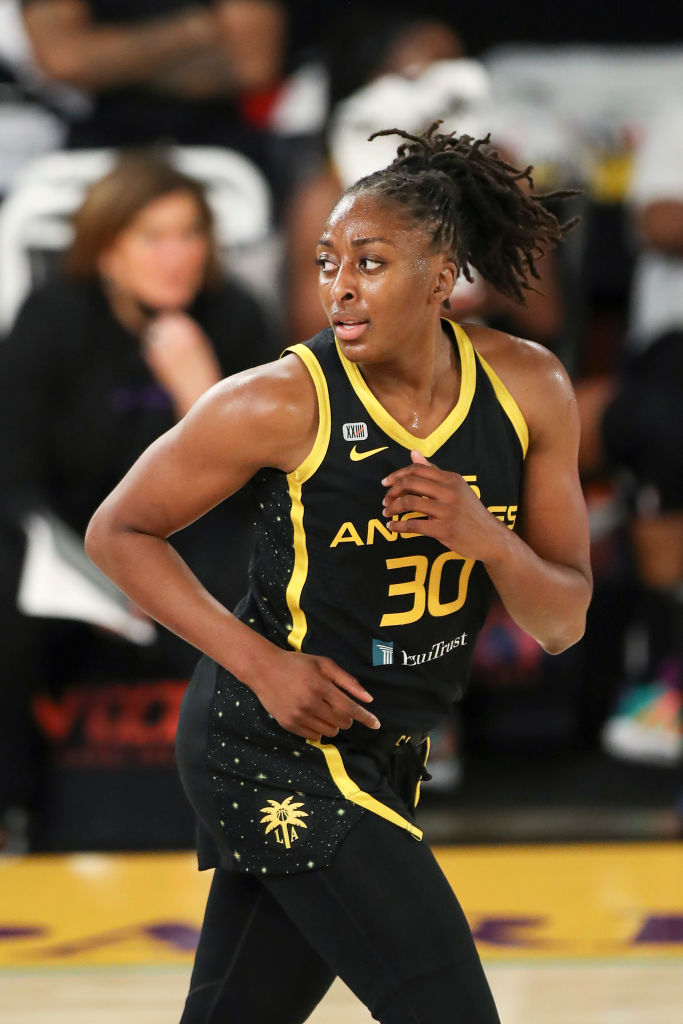