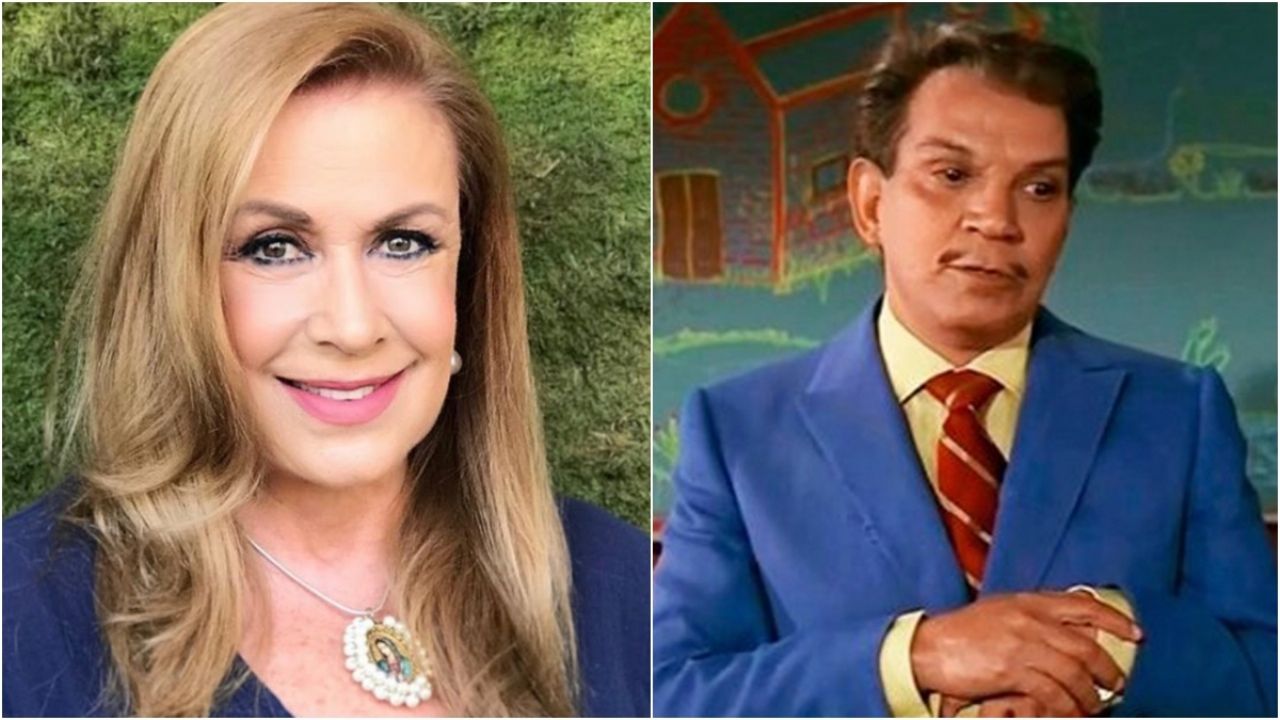 The actress Laura Zapata He returned to talk about social networks, which is why many have remembered the trajectory of Thalía’s famous sister, who began her career more than 35 years ago, participating in television and cinema. Today we show you how he looked in his youth next to the comedian Mario Moreno “Cantinflas“.

“Cantinflas” was one of the most important comedy actors in Mexico, he died in April 1993, but left a legacy of hundreds of films, in which you can see a large number of actresses that still appear on television, such as is the case of Zapata.

The controversy actress, who on more than one occasion has caused controversy with his statements, is currently 65 years old and reappeared in recent months as participant of the TV Azteca cooking reality show, MasterChef Celebrity.

This is how Laura Zapata looked with “Cantinflas”

A video circulates on social networks that shows the participation of Laura with CantinflasThis happened in the movie “El Patrullero 777”, where he was interacting with another famous actress such as Amparo Arozamena, who died on April 30, 2009 at the age of 92.

The Mexican comedy film was released in 1978, directed by Miguel M. Delgado and starring “Cantinflas“, Ana Bertha Lepe and Valeria Pani. It also had the participation, in short appearances, of other important actors and actresses, such as Wolf Ruvinskis, Alejandro Ciangherotti, Ofelia Guilmáin, Fernando Luján and Pompín Iglesias, among many others.

Although Zapata She did not have a long collaboration in the film, she is the protagonist of one of the most remembered scenes, in which she plays a young woman who is accused by another of stealing from her husband, all while the character of “Cantinflas“try to fix the situation.

Why is Laura Zapata a trend?

Laura Zapata caused controversy again on social networks indicating that “she would have to be ill” for her to like a man dressed as a woman, this in reference to a photo of singer Harry Style in which she wears a blue dress, red sneakers and a bow, characterized by Dorothy Gale, from The Wizard of Oz.

The response of the actress The fans of the former One Direction member did not like him, which caused him to start receiving a large number of comments, to which he responded, which is why the controversy did not stop; In addition, many users have shown that the actress blocked them on Twitter.

Laura Zapata called Yolanda Andrade “vomitive”; What does Thalia have to do with this?

Laura Zapata: This is how the actress looked in her youth with “Cantinflas”; Do you remember her