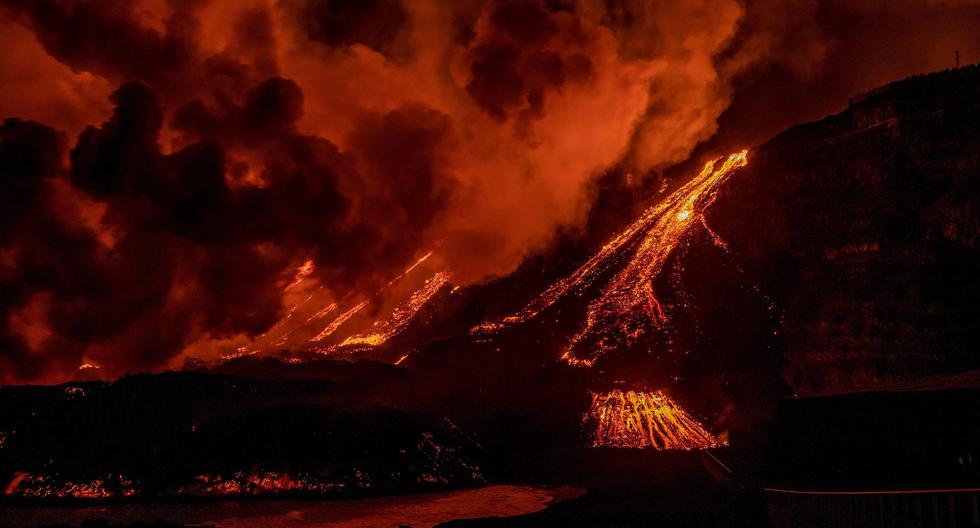 The increase in number and magnitude of earthquakes at great depth – more than 20 kilometers – associated with the eruption of the volcano on the canary island of La Palma makes scientists think that more intense earthquakes may occur in the next few hours or days, perceived by the population.

The scientific spokesperson for the Canary Islands Volcanic Emergency Plan (Pevolca), who coordinates the actions related to the eruption, María José Blanco, indicated this Thursday that in the last hours both the number and the magnitude of deep earthquakes have increased.

This is the biggest rebound since the beginning of the eruption, on September 19.

The most important earthquake of the last hours was registered at 03.37 local time with an epicenter at 36 kilometers deep, it reached magnitude 5 and an intensity IV to V on a scale that measures, from I to XII, the effects on people and objects and where IV is “widely observed” and V is “strong.”

Francisco Prieto, from the technical direction of Singer, He specified that, despite this consolidation of the increase in deep seismicity, the emission of sulfur dioxide has remitted throughout this day, with values ​​ranging between 13,000 and 15,000 tons per day.

Although these are still high values, the downward trend from 50,000 tonnes a day on September 23 has not been broken.

In this regard, María José Blanco specified that there is no scientific explanation that unifies all these data and there is no relationship “neither easy nor obvious”, nor is there a model that allows establishing a direct link between seismicity and the emission of gases.

SIGHT: The main cone of the La Palma volcano breaks again and more than 100 earthquakes have been recorded | PHOTOS

It has been found that when there is a deep seismic series, the probability that an earthquake perceived as intensity V or VI will occur in the following hours or days.

Intensity VI is classified as “slightly harmful” and refers to earthquakes felt by the majority of the population indoors and by many outdoors, in which small objects can fall, break glasses or plates and cause some damage to buildings.

Regarding the evolution of the lava flows, it is “quiet” in the last hours, with the magma flowing within the same channels and without spills to the outside, except in the case of the expansion of the second lava delta, created last Wednesday by the arrival to the sea of ​​one of the lava rivers.

In fact, Los Guirres beach, where the lava found its way out to the ocean, has disappeared under the magma, which threatens to bury a hotel business in the place.

Scientists have also detected that a new overflow is taking place in the area of ​​the cone that contains a lava lake.

The evolution of the runoffs has cut off roads and paths and has isolated numerous farms. To allow farmers to reach them, the Spanish Navy this Thursday launched a sea bridge with landing craft.

The column of gases and ash that comes out of the volcano reaches 2,500 meters in height, but the eastern component winds push the plume to the west and southwest, which favors both air operations and air quality, which in general remains at good or reasonably good levels. 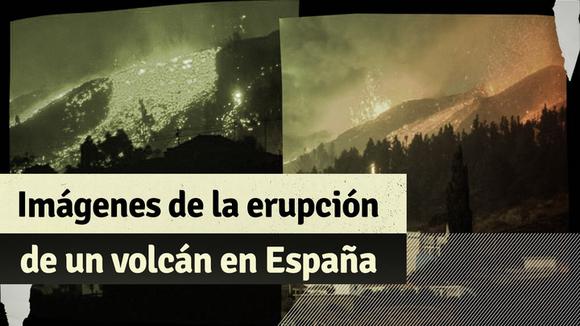 According to local media, a large explosion was felt in the area followed by a huge column of smoke and the expulsion of pyroclasts, solid fragments of volcanic material. So far the volcanic eruption has forced the evacuation of some 5,000 people.