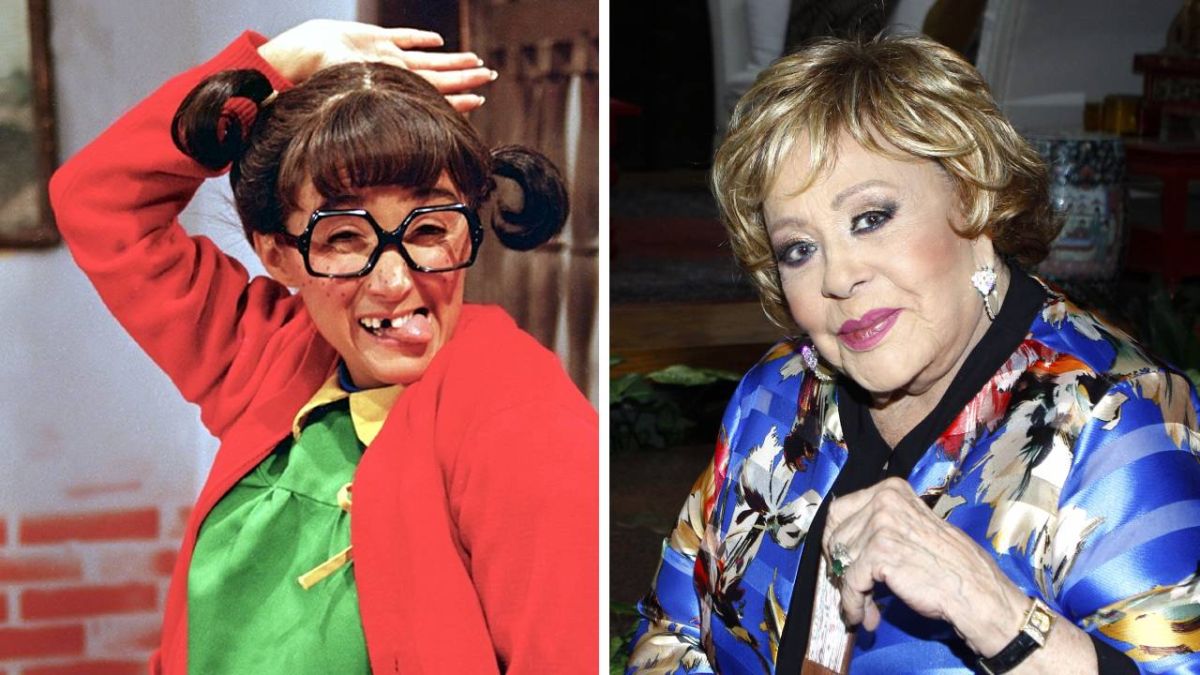 Silvia Pinal He was admitted to a private hospital in Mexico City last Wednesday night, December 22 due to heart problems; however, after performing some studies per protocol tested positive for Coronavirus.

After the news was released, the name of the first actress captured the spotlight and countless expressions of affection have emerged, as well as wishes for a speedy recovery.

But not all have been pleasant moments and emotional anecdotes with the last diva of the Mexican Golden Cinema, as fans of Marie Antoinette of the Snows, better known as “The chilindrina”, they relived the bad experience they had when both shared credits in the film “El Amor de María Isabel”, because in it she had to resort to a drastic makeover that led to health problems.

As narrated by the circus star in February of this year that is about to end, it was very difficult to work with Alejandra Guzmán and Sylvia Pasquel’s mother, but it was not the fault of the actress as many assured, because in reality she means that the character he played required various bleaching of his hair, in addition to wearing contact lenses that allowed him to transform into the character.

“With Silvia Pinal in the film: El amor de María Isabel. It was very difficult for me, I had to bleach my hair three times and also wore blue contact lenses and went to an ophthalmologist because the lenses bothered me a lot. He sent me drops of Pontiofteno which is a mild, harmless anesthesia and only then could I work. The broth was more expensive than the meatballs, as the saying goes! ”, It reads as a description of a photograph published through Facebook, where the“ Chavo del 8 ”actress appears hugging Silvia Pinal.

“Maria Isabel“, Tape written by Yolanda Vargas Dulché, starred Silvia Pinal in 1969. It told the story of a domestic worker who jumped to riches without losing the humility that characterized her. Later he had a daughter named Rosa Isela, played in this first stage by the child actress Lucy Buj.

In the sequel to the film called “El amor de María Isabel” that takes place years later, María Antonieta de las Nieves continued to give life to the character of Rosa Isela, so he had to meet the physical characteristics of the initial character, a blonde girl with blue eyes.

You may also like:
–Michelle Salas moves with a Christmas message dedicated to Silvia Pinal: “The lack that she makes me”
–Sylvia Pasquel reacts to Adela Micha’s comment about Silvia Pinal’s health: “You missed it”
–Adela Micha apologizes after ensuring that Silvia Pinal “dies soon”: “It was never my intention”