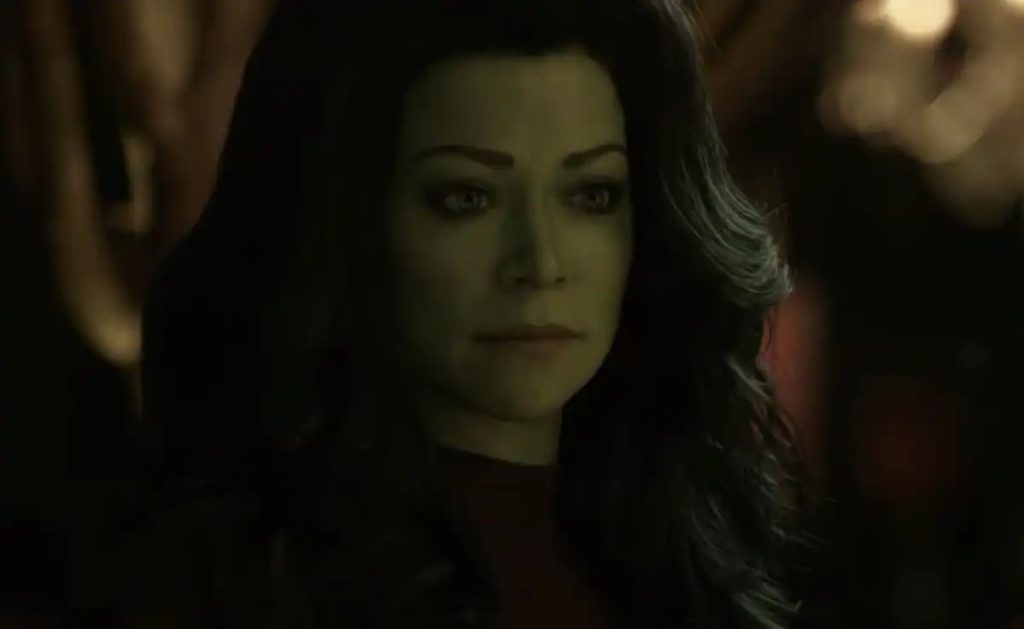 This note contains SPOILERS for the final episode of She-Hulk

She-Hulk showrunner Jessica Gao confessed the only complaint Kevin Feige had about that surprise season finale.

episode 9 takes us to one Jenn Walters locked up in prison after the group ambush intelligence, which led to her most recent Hulk rage. To be freed, Walters gives up her abilities with an inhibitor, so she seeks help from Blonsky. However, she discovers that Blonsky has been hired to be the spokesman for an Intelligence conference, which sparks a fight where Todd Phelps he injects himself with Jennifer’s blood to become a Hulk.

In the same event, Banner arrives just in time to fight Abomination., Titania appears for unknown reasons in the tangle and everything seems to be in uncontrollable chaos. It is then that Jenn breaks the fourth wall and stops the show, taking us to the offices of Marvel Studios to see the person who controls all the stories in the MCU: Kevin Feige.

However, it is revealed that Kevin is actually KEVIN (Knowledge Enhanced Visual Interconnectivity Nexus), an artificial intelligence that uses an algorithm to create content.

What does Kevin think about KEVIN?

In an interview with Marvel.comthe showrunner of She-Hulk, Jessica Gaorevealed that of all the twist in the story, Kevin Feige hated only one detail about his robotic version. Well, although he didn’t mind being turned into an artificial intelligence, the executive he doubted that the robot should use the characteristic baseball cap of the president.

“We wrote in the script that when Jenn finds this big AI machine, she’s wearing a black baseball cap, Kevin Feige-style.” commented the director, adding that several concept arts were even presented where the different variations of the robot wore the cap.

“Kevin Feige said, ‘Well that doesn’t make a lick of sense, why would a robot wear a hat?’ I said, “Is that the part that doesn’t make sense to you, Kevin? Is that the line you wouldn’t cross anyway? Even though we’ve introduced you to the world as a robot brain that controls all of the Marvel Cinematic Universes?”

The boldest ending to Phase 4?

Although Kevin Feige rejected the idea of ​​the robot wearing a cap, he and Gao committed to integrating it into the design of the machine. Beyond that, the effect remains the same: KEVIN is the series’ way of signaling the formulaic endings of the MCU shows and movies, which have been criticized by both the press and the public.

With this, She-Hulk defies narrative structures and positions herself with a unique ending, different from what audiences had previously seen in the great franchise.

Although there has been no announcement regarding a second season for She-Hulkthe series finale addresses the possibility of having the same like it’s pretty much a given, so there’s almost certainly going to be a lot more of Jenn Walters breaking the fourth wall coming soon.

Then when Walters goes into the writers room to talk about the flaws in the ending. of the series, the team is working on the story of the second season, which is being sold as a “extended sleep sequence”. at another time, Walters talks to KEVIN about his ideas for the second seasontheme that the robot changes before being able to confirm anything.

Secondlyin an exclusive interview with Fuera de Foco, Tatiana Maslany had also mentioned that would like to see the character take the lead of the iconic team known as a force, which brings together the most powerful heroines of Marvel to protect the cosmos from various threats.

Kevin Feige had only one complaint about THAT She-Hulk ending!