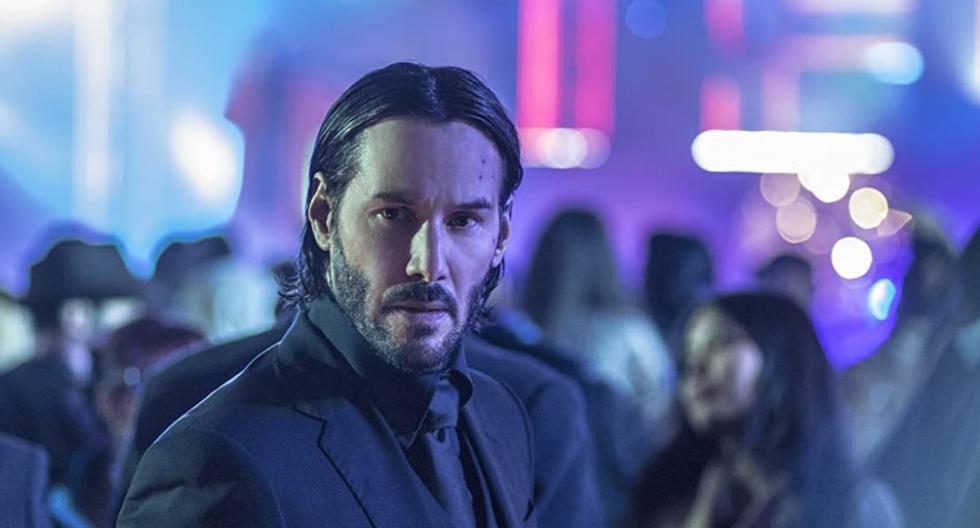 The Canadian actor Keanu Reeves has become the center of attention of the network because on September 2 turns 57. His fans have posted videos, messages, phrases and even memes to remember him. The interpreter has earned a place in the cinema by starring in films such as “John Wick” and the classic “Matrix”.

MORE INFORMATION: Keanu Reeves to make film and series based on the comic “Brzrkr” for Netflix

Therefore, fans have searched for a list of the best films in which Reeves has participated, to honor his day with the most applauded works of the artist, according to Rotten Tomatoes, and also a musician. From thrillers until comedies, Reeves has shown his versatility to play roles in film, the TV and the theater.

10 MOST CELEBRATED FILMS OF KEANU REEVES

It is about nine anime-style shorts, where other secondary stories of the saga of “Matrix”. In these spin-offs, written and worked on by various directors, actor Keanu Reeves returns as Neo, but giving him a voice in the production that has gone unnoticed among the followers of the famous three films. Given the eventual arrival of the fourth, these brief pieces can shed more light on the universe of the sisters Lana and Lilly Wachowski.

It is the third installment in the saga of sicario John Wick, one of the most celebrated by critics and well received by the public: in just 10 days it became the most box office of the franchise. Raised $ 321 million worldwide after its premiere on May 17, 2019. Reeves plays the title character once again, at a time when a series of killers are going after his head when he is put on a $ 14 million bounty.

The sequel to the first movie John Wick became a success upon its release on February 10, 2017, grossing more than the first film and its initial investment of $ 40 million: the film grossed $ 171 million worldwide, with Reeves at the helm of the film. history. In this installment, the hitman must return from retirement, facing dangerous criminals, to help a friend who unites him more than a promise.

In this film, Keanu Reeves interpreta a Don Juan, the cruel half-brother of Don Pedro (Denzel Washington) who seeks not only to dethrone his relative but also to ruin the wedding of Hero and Claudio. The 1993 British film was widely celebrated by specialized critics, positioning it as one of the best adaptations of the William Shakespeare theatrical comedy.

Keanu Reeves has also given funny moments to his fans, since in this romantic comedy he played himself. The surprise was very great when he was seen for a few moments in the film starring Ali Wong y Randall Park like Sasha and Marcus, respectively. Reeves plays Sasha’s new boyfriend on a double date where he makes a parody of his figure as a Hollywood star.

This movie is a family-based story, its complicated relationships, the fears and desires of its members. The film was released in 1989 and Reeves played Tod Higgins, one of the most measured and wise characters in the cast. The film had a budget of $ 31 million and grossed $ 126 million, becoming a box office from its first day of screening. It was also adapted into two television series in 1990 and 2010.

In this documentary film, Reeves shares his insights into the changes cinema has undergone from photochemistry to digital. It is a work that explains how it was filmed before and how it is done now after the digital transformation. In addition to Reeves, the directors also participate Martin Scorsese, James Cameron, David Fincher, David Lynch, among other greats in the film industry.

In this Stephen Frears film, featured in 1988, the actor Keanu Reeves plays the gentleman Raphael Danceny, a harp teacher who has a crush on Madame Volanges (Swoosie Kurtz). The film is a power struggle and sentimental entanglements within the French novel during the 18th century. It is an adaptation of the play by Christopher Hampton, which covers the epistolary novel “Dangerous friendships” by Pierre Choderlos de Lacios.

This 1994 film stars Keanu Reeves, alongside Sandra Bullock and Dennis Hopper. The actor plays Jack Traven, an American policeman who is behind a terrorist who has put the city in check by planting a bomb on a bus. The film won two Oscars and collected, internationally, more than $ 350 million with a budget of $ 30 million.

At the close of the “Toy Story” franchise, the actor Keanu Reeves interpreta a Duke Caboom, a new character from the Woody and Buzz movies. This is a Canadian stunt rider, a daredevil toy to which Reeves gives the voice. In this way, he was part of the end of one of the most successful animated sagas in the history of cinema.

WHAT IS THE NAME OF THE COUPLE OF KEANU REEVES 2021?

The current partner of actor Keanu Reeves is Alexandra Grant, a plastic artist with whom she has worked in book publishing. Both have formed a commercial partnership with the publishing house X Artists’ Books. Their romance was confirmed by the couple in 2020. The artist, in addition, was previously with Jennifer Maria Syme, his personal assistant, who was killed in an accident.