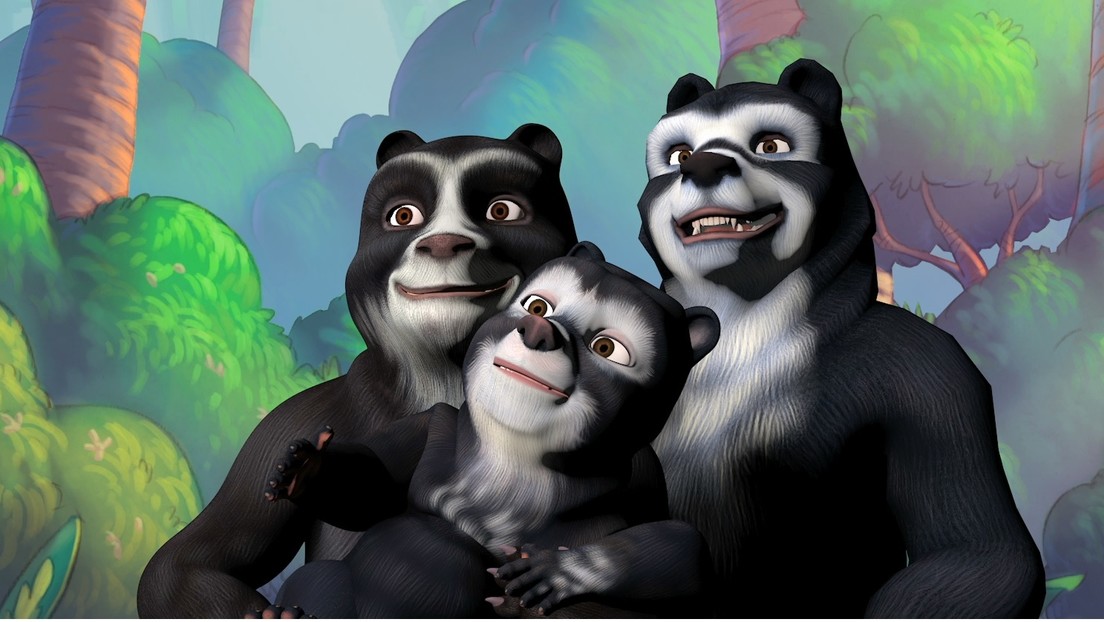 Kaporito, the guardian of the mountain, has become a pioneering cinematographic work, as it is the first animated musical feature film made in Venezuela, which addresses – as its central theme – the preservation of the only indigenous Ursid of South America, the Frontino bear.

The film, which was recently awarded at the Venezuelan Film Festival with the prize a best music for fiction film, recounts the adventures starring “Kaporito”, the frontin bear; Caribay, an indigenous girl; and several friends who live in the state of Mérida, a mountainous region located in the Venezuelan Andes.

Since I was little, Kaporito and his family are persecuted by poachers that end up leaving him an orphan. Later, in a peasant settlement, the small Frontino receives the help of the residents and his friend Caribay, who transform this harmless animal —in danger of extinction— into the main guardian of the mountain.

The story, whose main creators are director Viveca Baiz and producer Donald Myerston, a couple with a wide cinematographic career, also highlights the importance of the community’s work to get the authorities to decree as a National Park the habitable zone of the Frontino bear, a fact that in Venezuela has just become a reality.

“The idea that motivates the making of the story of our film is the preservation of the life of the Frontinus bear“Baiz explains in an interview for RT, where he emphasizes that Kaporito is an 80-minute musical work with an educational background aimed mainly at children.

For his part, Myerston tells RT that Kaporito shows “the attacks of human society, especially capitalist society, to plunder nature as much as possible, a model that has forged a cruel way of destroying for the simple profit motive. Kaporito points out that absurd predation with hard facts. “

A musical with Venezuelan identity

Although the scientific name of the frontin is ‘Tremarctos ornatus’, this species is also known as “Jukumari“,” The wild one “,” spectacled bear “,” Andean “or” South American “. Myerston emphasizes that, in the case of” Kaporito “, a” phonetic approximation was sought that synthesize the different names that the bear receives among indigenous and peasants“.

On the other hand, Baiz highlights, production – in which about 80 people worked for 10 years– It also aspires to show Venezuelanity.

“It is a film with a Venezuelan identity, which We work in function so that when we hear their music and see their landscapes, we recognize Venezuela“said the director, who entered animation cinema since the 90s and premiered her debut with the short film” La Equilibrista “, in 1994.

Baiz emphasizes that the filming has seven original songs that describe the different situations that Kaporito lives and that are interpreted by Melissa Griffiths, a singer recognized as “The Queen of Rock” in the 80s. The music was directed by Alejandro Blanco Uribe and the sound direction was in the hands of Alan González.

On an aesthetic level, explains its creator, the film opted for a plastic proposal that combines 3D animation with 2D, which can be seen in the illustrations of the landscapes and the texturing of characters that seem to be drawn with a crayon.

Donald says that type of production is “much more difficult than in other countries” where there is a developed film industry, since there are no animation schools in Venezuela and gender is not so far “critically important.”

“In the few places where animation techniques are taught, they do not have financial support,” says the director, who asserts that these characteristics make the genre “a marginal activity, which does not have a preferential stimulus by the State agencies that finance filmmaking in the country. “

Behind “Kaporito El Guardián de la Montaña” there is a great team. These are some images of the animation process. pic.twitter.com/M49eS4NjLJ

To change this, consider that “it is very necessary” carry out reforms that improve the current cinematographic legislation, and that in it “films made for children and adolescents or those created by themselves are contemplated as a category in itself, as valuable as documentaries and fiction films.”

For his part, Viveca explains that those who dare with the genre must take into account the risk they take, because you have to “have the patience to be able to endure the time it takes to be able to do animation.”

Furthermore, he says, this type of cinema is not made in the same way as the conventional. For example, the characters must be created from scratch, looking for identity, voice, gestures. In Kaporito they created 103 characters drawn by hand and then digitized, as well as 1,323 backgrounds for the locations. The total film includes 115,200 frames, at a measurement of one frame per second, where each second contains 24 photos of 12 original drawings.

Baiz indicates that, to animate, pre-production is the most important because it is “like a chef who has to have everything on the table to be able to start cooking. It is the most difficult, longest and most cumbersome stage of the shoot. “

Another priority part is the soundtrack. “In conventional cinema it can be done at the end but in animation it is essential, because the more enriched it is, the better it will be for the production and for the animators, who need all possible sound references: voices, noises, environment”.

“We invented it, we got it wrong”

For Kaporito to come to life, its filmmakers also had to face the adversities that have arisen in Venezuela during the last decade: The phenomenon hyperinflacionario, the massive migration of professional talent, the imposition of sanctions against the country, among other difficulties that Venezuelans face on a daily basis due to the unilateral coercive measures imposed by the US and the European Union.

“It was very difficult,” says Myerston, about the constant change of personnel. “Many of them were migrating to other trades, other projects or other countries.” However, he emphasizes that in the cinema one should do as Simón Rodríguez, the legendary teacher of Simón Bolívar, used to say: “Either we invent or we err.”

“As long as there is a country willing to move forward, we will find a way“, says Myerston, and stresses that they were always vigilant not to get tied down before the” terrible conditions “facing the country, its people and its economy.

“With the issue of wild inflation that has attacked the Venezuelan economy, it is difficult to determine how much Kaporito has cost,” says Myerston, who highlights that to make the feature film they could not count on private investment despite seeking it, but with their own contributions and financial support from the State from the National Autonomous Cinematography Center (CNAC), the Villa del Cine Foundation, the Ibermedia Program, the Central Bank of Venezuela (BCV) and the National Telecommunications Commission (Conatel).

“Do who in Venezuela it is possible and Kaporito is a forceful example. The support of the Venezuelan organizations is real and works. The officials of these institutions are sensitive to the needs and limitations caused by inflation, they are making an effort in a context of an economy attacked from abroad, “adds Donald.

The preparation of the film, they add, meant a long process of personal fulfillment and continuous learning. “We are exhausted, but we are happy. What we can tell you is that our health suffered, especially due to the enormous stress we were subjected to. The other great satisfaction is the number of young people who developed as professionals in the process.”

Viveca and Donald consider that Kaporito has been “a school film” because they learned from the process, expanded their techniques and knowledge, and shared with professionals from different branches, who had their first experience in animation and cinema in the film. “In addition to filmmakers, we are educators“they say.

For example, Donald says, on several occasions they had to adjust to personnel changes. After the departure of the initial team, a group of 9 entered Cuban specialists from the Anima company and from the Animation Studios of the Havana ICAIC.

#14Jul@kaporito_film It has been developed by professionals who heeded the call of Zootropo Producciones to develop the first animated feature film started in Venezuela, and as a good animated production it also had its #Animatic.🏔️🐻‍❄️🇻🇪Next release! 🍿 pic.twitter.com/KTxcS4u8QD

As the Cubans leave, the creators started a training and teaching program In which young residents of the Caracas parish La Pastora, their place of residence, participated, with whom they completed the process of corrections and polishing of the film. “It was wonderful to see how these young people committed to finishing the movie.”

Both advise future animators to “plan each step they are going to take, not to skip stages, because animation is an exact science and every shortcut charges you in time and money“.

Kaporito made his official premiere —Not commercial— at the Teresa Carreño Theater in Caracas last July 18 to celebrate Children’s Day. Also had special presentations in the open sky for the Venezuelan Film Festival and in the Plaza de La Pastora, on July 24, for the birthday of Liberator Simón Bolívar.

The commercial premiere of the film It will be made after the feature film participates in several festivals international events that were programmed by the Distribuidora company, Amazonia Films. The first of these events will be the Kolibrí Festival, which takes place in Bolivia, one of the countries that also protects the South American bear.