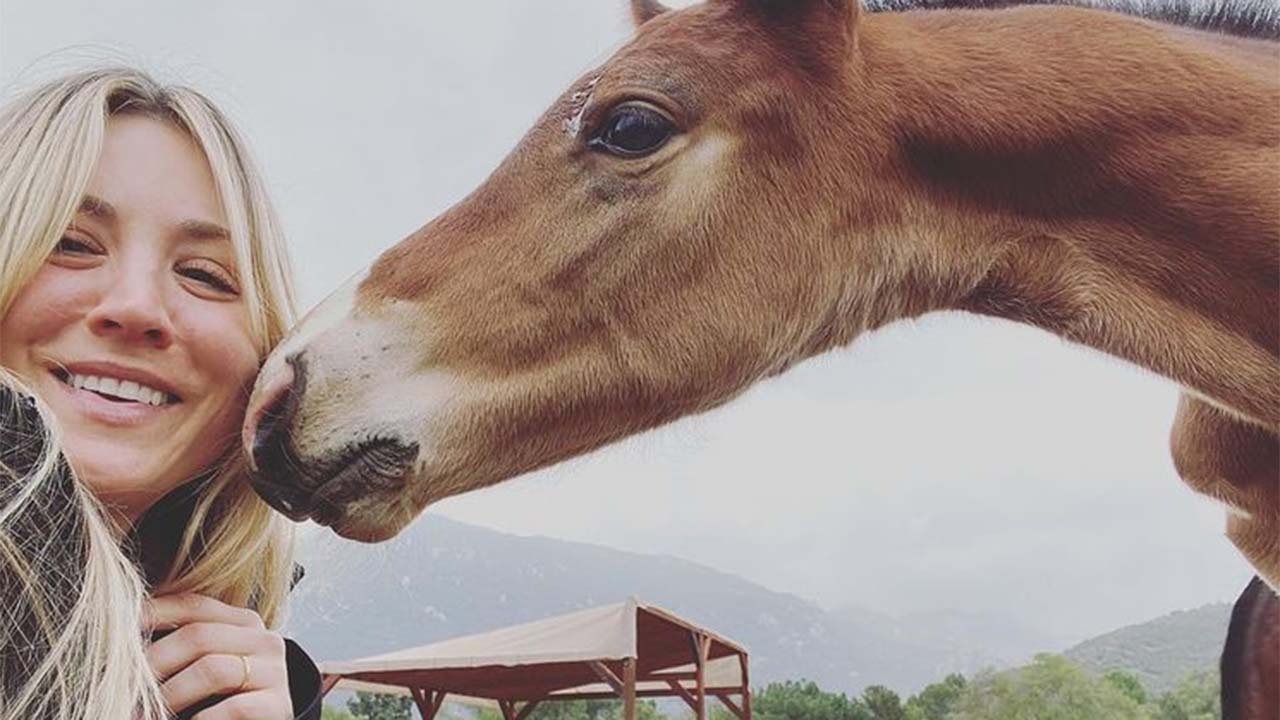 In addition, the ex of ‘The Big Bang Theory’ triumphs with her new series’ The Flight Attendant, for which she has just received her first Emmy nomination for Best Actress.

It’s hard not to think about The Big Bang Theory when we talk about Kaley Cuoco, but the reality is that the performer and producer is managing to leave the iconic Penny behind with work, work and more work. He was clear that he was going to bet heavily on new professional challenges when the unforgettable sitcom came to an end and the launch of his own production company ‘Yes, Norman’ is bringing him great joys. He is doing it hand in hand with the HBO Max series The Flight Attendant, which premiered successfully at the end of last year, quickly renewed for a second season and also gave her her first nominations for the most prestigious awards: first as a candidate for the Golden Globes and now, this week, as a candidate for the Emmy Awards.

However, Cuoco is not going to focus solely and exclusively on producing and starring in the HBO series, but has other projects underway that go far beyond lending her voice to Harley Quinn in the animated series about the famous DC Comics character.

To begin with, last March it was announced that the ex of The Big Bang Theory would play actress and singer Doris Day in a miniseries about her life in a new production by Yes, Norman. The project does not yet have an associated chain or platform, but we do know that it will be based on AE Hotchner’s novel titled Doris Day: Her Own Story. On the other hand, a couple of months later it was announced that the actress would be changing the register completely to participate in a drama about a true story starring a cancer survivor. Once again, it has been its production company that has taken over the rights to the novel A Season With Mom, recently published by Katie Russell Newland.

Meanwhile, the actress already has no more and no less than three films on the horizon. The first of these, the most recent to be announced, is Role Play, a film for which negotiations are still underway, but it is hoped that it could see the light of day if everything goes ahead without problems already in 2022. The film still does not have director, but Cuoco would be a producer and also would be in charge of playing the female lead. What is it about Role Play? No more details have been advanced yet, but the story would revolve around a young couple whose lives are turned upside down when secrets that they have both been hiding begin to come to light.

Another of the titles that make up Cuoco’s film agenda is the action comedy Man from Toronto, which is not only official, but is already in the post-production phase and is scheduled to premiere on January 14, 2022. In it , the actress shares the bill with none other than Kevin Hart and Woody Harrelson and the story continues a case of identity confusion in which Hart’s character is a man with a very simple life who goes mad when the crimes of one of the world’s most dangerous murderers fall on him after staying in the same apartment.

Lastly, it was also recently announced that Cuoco was closing the details to star alongside Pete Davidson in a romantic comedy called Meet Cute, under the baton of Alex Lehman. The concept of the film raises a question: What to do if you could travel to the past of your loved ones and solve their problems. It is not yet 100% official, but it seems so, since the actress has already been enthusiastic about the news on Instagram.

As her schedule lines up for each project, Cuoco will reprise her role as Cassie Bowen in season 2 of The Flight Attendant. Check out her sweet reaction to her 2021 Emmy nomination below. Bravo, Kaley.