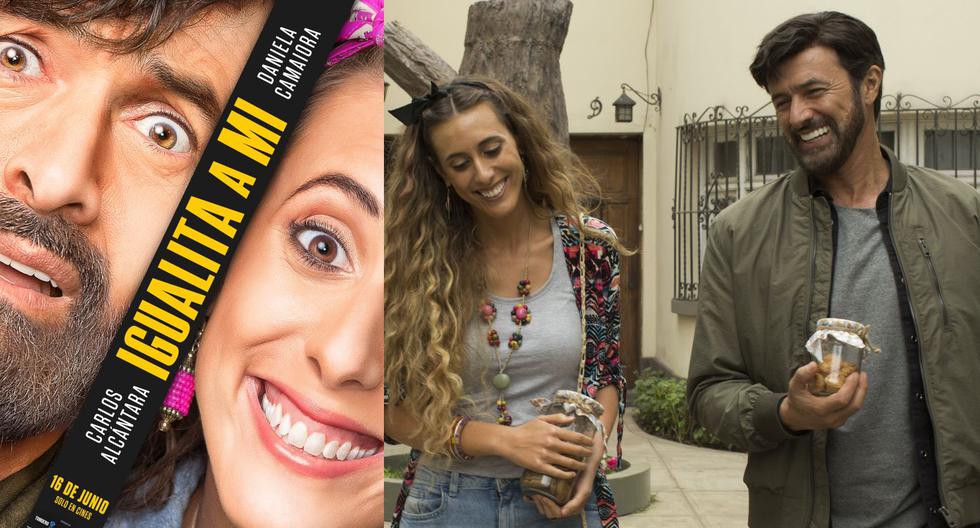 Carlos Alcantara returns to the big screen after three years leading the cast of a charming new comedy entitled “Igualita a mí”, alongside Daniela Camaiora in her first leading role for the cinema.

READ ALSO: Vania Bludau reveals what happened to Mario Irivarren and the reason for their breakup: “I don’t hate anyone”

Produced by Tondero in alliance with Cineplanet, and directed by Colombian producer and screenwriter Felipe Martínez Amador, will hit theaters throughout Peru this June 16 and as a preview, the producers have presented the poster as a first preview.

“Igualita a mi” is based on the Argentine film of the same name and tells the story of Fredy (Carlos Alcántara), who is a 48-year-old bachelor, a womanizer, without children or commitments and who lives as if he were an eternal adolescent. until meets Aylín (Daniela Camaiora) who will turn her whole world upside down.

Accompanying the cast are actors and actresses such as Andrea Montenegro, Gonzalo Torres, Cécia Bernásconi, Maju Mantilla, the great Mabel Duclós and figures that will undoubtedly surprise more than one.

Fredy, a 48-year-old bachelor, with no children, who continues to live as if he were a teenager… He loves staying up late, he thinks he’s a kid, and he’s an eternal seducer in his thirties. One night he meets Aylín, a 30-year-old girl who arrives in Lima, and is surprised that she thinks she is her daughter. After the DNA test, the result confirms not only that he is her father, but also that Aylín is pregnant by her ex-boyfriend. Father and future grandfather overnight! Freddy’s life takes a 180 degree turn when he least expected it. Will he be prepared for everything that comes?

Hugo García suffers an accident when he was mountain biking: The precise moment of his fall

“Just like me”: Carlos Alcántara with Daniela Camaiora in this new film