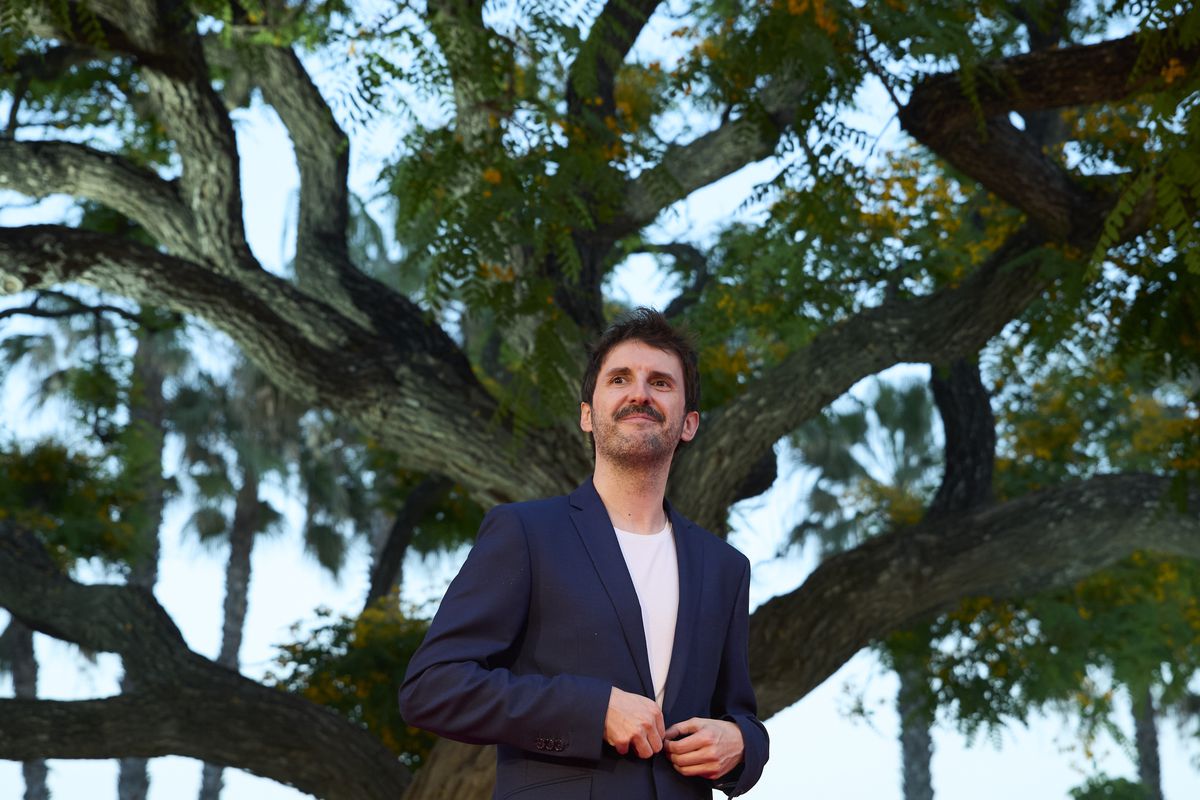 Mid-morning in El Provencio, a municipality of 2,500 inhabitants in the south of the province of Cuenca. In other words, the hometown of Julián López, 42, a comedian, who answers the interview by phone from there. “What is El Provencio like? Now with suffocating heat … It is a very normal town, I would like to say something else. You have to tell it like it is, and I really like it that way. Nor can you feel proud of facts that have been given to you, such as the place where you are born ”.

In current times of radical pride, from which López wants to get away, and the triumph of political correctness, could it be done again on television? The chanante hour? In 2002 a group of friends who had met at the university in Cuenca started a comedy show on Paramount Comedy. That’s where López’s career started, which opens in theaters this Friday Derailed, a version of Hangover in Las Vegas with Interrail, while you stay in theaters Operation Shrimp, one of the films that suffered the stoppage caused by the pandemic at its premiere.

Back to the question about that mythical program: “Ugh, I don’t know how we would do today The chanante hour, ni Girl Nui [su especie de continuación en 2007, en La 2]. I am not thinking so much about censorship, not even about all those excited people who shout on the networks, but more about the amount of audiovisual windows. Someone with a mobile can record videos with a lot of impact. I think about it a lot and I think it would be complicated. And that we did not touch religious or political issues. Although there would be groups that would protest, for sure ”.

López studied teaching in music education. His passion for classical music – ”I admit, I prefer the Goldberg Variations by Bach before a movie of the Monty Python”— did not announce his love for getting mired in the craziest characters of the current Spanish comedy: from Jaime, the protagonist’s friend in Superlopez, Manio Sempronio, the clueless Roman from the series Just before Christ, passing by the terrorist Pernando de Faith of ETA and their papers in Pagafantas, Losing the north, The tribe, Torrente 5, or the mythical Juancarlitros of Don’t control. “If people were polite and put themselves in the shoes of the other, if we understood what humor is and what is mockery, there would be no problems. I myself meditate a lot at home, ”he explains. “On the other hand, I stopped writing scripts with Girl Nui, with what I now defend texts from others. That gives me distance. But it hurts when I see the attacks on colleagues ”.

The jump from the Magisterium, which ended, and from the conservatory to comedy was supported by his family. “Except for my father,” says López with a laugh. “He wanted me to do something of benefit. I think he thought the same thing was misleading me a bit. I went to Madrid, and my mother and my three sisters happily lived my first steps in Paramount Comedy. Today my father is calm. Sometimes I think: ‘Where would I be if I had continued with the music? Would I be a school teacher, a conservatory, would I have gotten a place in an orchestra? ‘ This trip is also complicated ”. And from there it goes to Operation Shrimp, in which he plays a music-loving rookie cop who is infiltrated into a band of trap: “I respect classical music a lot, and if I ever play a serious musician, I will be very pejiguero. Here at least as it is a parody it does not hurt me ”. That’s why he never did sketches musicals or with instruments in The chanante hour.

One question, why did Julián López stop writing scripts? “Because others did it better than me, and I didn’t have that vocation. Actually, for a year, when I decided to be a comedian instead of a musician, I went through a somewhat traumatic journey. I had educated myself for something else. So I made a pact with myself that I had to feel comfortable with everything I did, and honest. And that happened to me when they gave me a wig and a shirt. It was much more difficult for me to write. It is true that I have not stopped having ideas, although I have not overturned them until … “, and stops in a dramatic pause:” Until I have thrown myself into the novel. And on September 23 it is published Planetary. It is a book that gives an outlet to what I have inside me, and it sounds like an autobiographical tribute to the memory, music, and dreams that children have in a town where nothing happens. Because you never know what life is going to hold for you ”.

Derailed it’s a Hangover in Las Vegas manual, which reunites you with another singing, Ernesto Sevilla, and with Arturo Valls. “The only intention is to make people laugh,” he insists. The whole trip through Europe had to actually be shot in the Basque Country. “The script promised to go to Rome, Paris, other countries … But we filmed in 2020, with great care due to the pandemic, and at least we were lucky with the locations in the Basque Country, which has all kinds of landscapes”, remember. And about his work, he confesses: “I try to dilute myself in the characters, avoid similarities, and propose ideas that keep me from repetition. It is mixed that the role owns you, and at the same time you look for the tickle. The triumph is in the amalgam ”. And he defines himself as calm: “I feel that way because they propose different things to me. And you come across gifts. For Manio Sempronio I fought. There were several candidates, I took the test and went home thinking about what I wanted to embody that Roman ”.

When López was a child, that in a town in Cuenca someone was a fan, like him, of Athletic Bilbao was normal. “Times are against romantics like me,” he says. In his Twitter account he sings the goals simply mentioning the player who scored: “In the eighties there were quite a few teams that won leagues and cups. Today it is not like that and a certain territoriality is imposed on tastes ”.

Discover the best stories of the summer in Revista V.