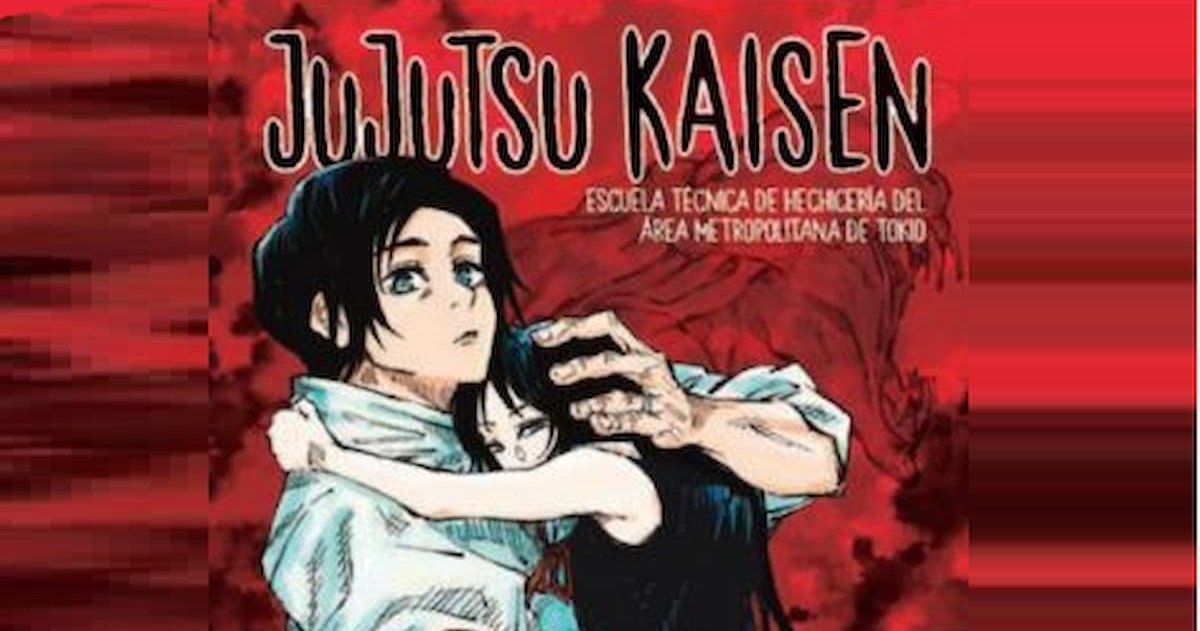 MAPPA has adapted the Jujutsu Kaisen prequel manga into a film, which has allowed some liberties to modify certain events of the original work.

the anime of jujutsu kaisen has been a worldwide success, which It has left us wanting to see the second seasonalthough this one was scheduled for 2023. In this story, we follow the adventures of the young first-year students of the Tokyo Wizarding High School: Yuji Itadori, Megumi Fushiguro, and Nobara Kugisakiwhile trying to remove all kinds of Curses.

However, this story has a prequel, which was published in a manga of 4 chapters called “Volume 0”, where events prior to those we have seen in the current anime are addressed.

Jujutsu Kaisen 0: The Prequel to the Current Events of the Series

Jujutsu Kaisen 0 is the prequel to the series and tells the story of Yuta Okkotsu and Rika Orimoto.

After the success of the anime by adapting the manga of jujutsu kaisenIt wouldn’t take long for the prequel to be animated, but this time, in the form of a movie called Jujutsu Kaisen 0.

In this opportunity, we follow the story of Yūta Okkotsu who is chased by a Special Category Vengeful Cursed Spirit, also known as “The Queen of Curses”, all this in the company of his classmates: Maki Zenin, Toge Inumaki and Panda.

Obviously in this film that adapts the prequel to the series we also have the presence of Satoru Gojō, the strongest Sorcerer of all. But, due to the fact that, by the release date of this adaptation, we already had the anime broadcast and a lot of information about this world, the film was allowed to make some changes with respect to what was shown in the manga. Next, we mention the most relevant modifications. And it is necessary to add that this post contains some spoilers of the movie.

The battle between Satoru and Miguel, the Foreign Sorcerer, is shown in more detail.

Gojō was unable to come to the rescue of Toge, Maki, and Panda, preventing Suguru from harming them, mainly because Suguru had to stay in Shinjuku to combat the released Curses by his former best friend, as well as his allies.

In the manga we are given to understand that Gojō engaged Miguel, the Foreign Sorcerer, in combat., so he could not come to the rescue of his students. However, this battle is not shown to us in detail.

While the film takes the time to show us the entire choreography of the confrontation between the two Wizards. During this battle, we were able to learn a little more about Miguel’s abilities and great resistance, as well as the pleasure of seeing Gojō unleashing all his power.

Miguel is not overconfident 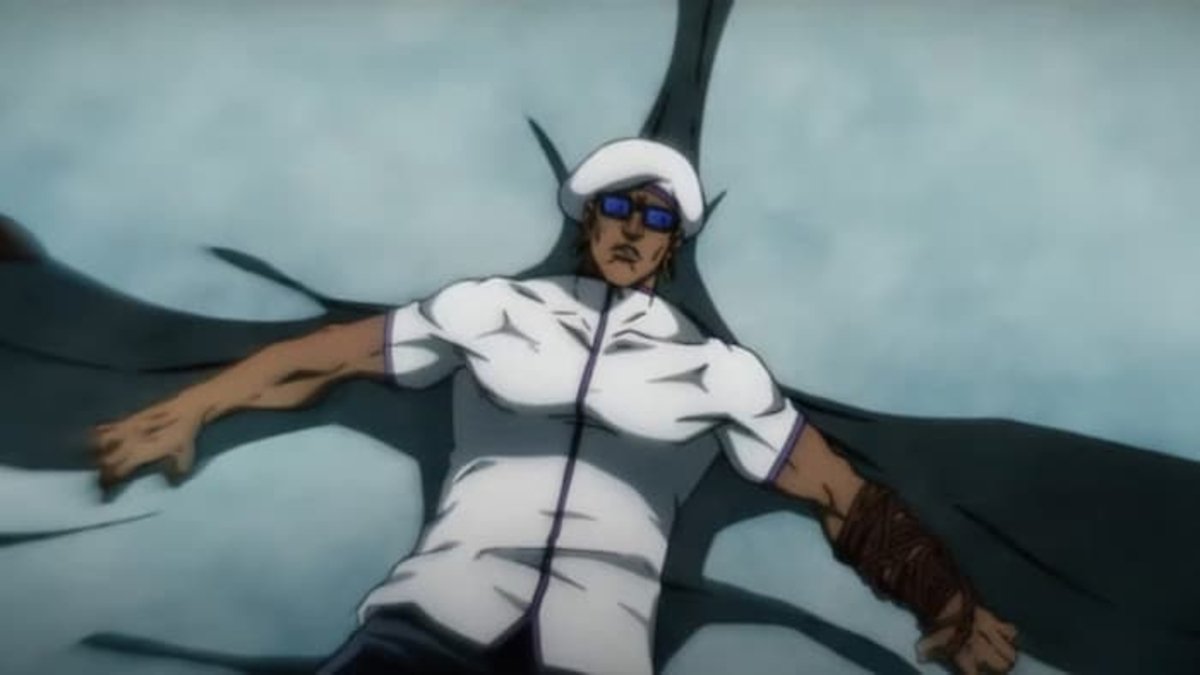 Miguel’s overconfidence is a thing of the manga. In the movie this is put aside for Satoru to recognize his abilities.

When Migue is introduced in the manga, it quickly becomes clear that he is overconfident. And this idea is further reinforced during the Night Parade of the 100 Demonsbecause this Foreign Sorcerer challenges Gojō, displaying inordinate confidence that you have to your abilities.

However, this is different in the movie, as it is Gojō who recognizes Miguel’s abilities and, in addition, he decides to stay in the city to face and defeat him. Thanks to this, we have one of the best battle sequences in the franchise.

Although Satoru is the winner of the match, Miguel must also be given credit, since was able to withstand a battle against Gojō and live to tell the tale.

We were able to see that Aoi is able to take on a Special Category Curse alone.

Todou Aoi is a Sorcerer from First class that we met in the current anime, during the exchange arc. This young man with a striking personality and that, although he is hated by his peers, he is loved by manga readers and anime fans.

From his introduction in the series we knew that he is an extremely powerful Sorcerer. This never appeared in the prequel mangamainly because the person responsible for the work had not fully developed the future events.

But, despite this, yes we could see it shine in the movie. And, although his screen time was short, it served to show us that he is a very skilled Shaman, as he had a solo fight against a Special Grade Curse gigantic. Furthermore, he also reminded us of his obsession with idol Takada-chan.

Kyoto female students make an appearance in the film

This change is related to the previous one. Gege Akutamithe person who created the Jujutsu Kaisen manga and its prequel, he had no idea how successful his story would beso that during the development of these events of the Volume 0there were no Kyoto High School Sorcerers yet.

However, because these were already introduced in the anime, MAPPA Studios was able to give them screen time during the events of the film.

Getō devised a very good plan, which was to release all kinds of Curses on Shinjuko and Kyoto at the same time. All of this as a distraction while he delved into Tokyo High School.

Something that the movie does very well. Jujutsu Kaisen 0 it is move to the city of Kyoto and show us the fight that the Wizards of this High School were fighting against the Getō Curses. This means that we got to see Kasumi Miwa, Noritoshi Kamo, Mechamaru, Mai Zenin, and Momo Nishimiya again.

Mei Mei, the money-loving Enchantress, had time to shine on screen 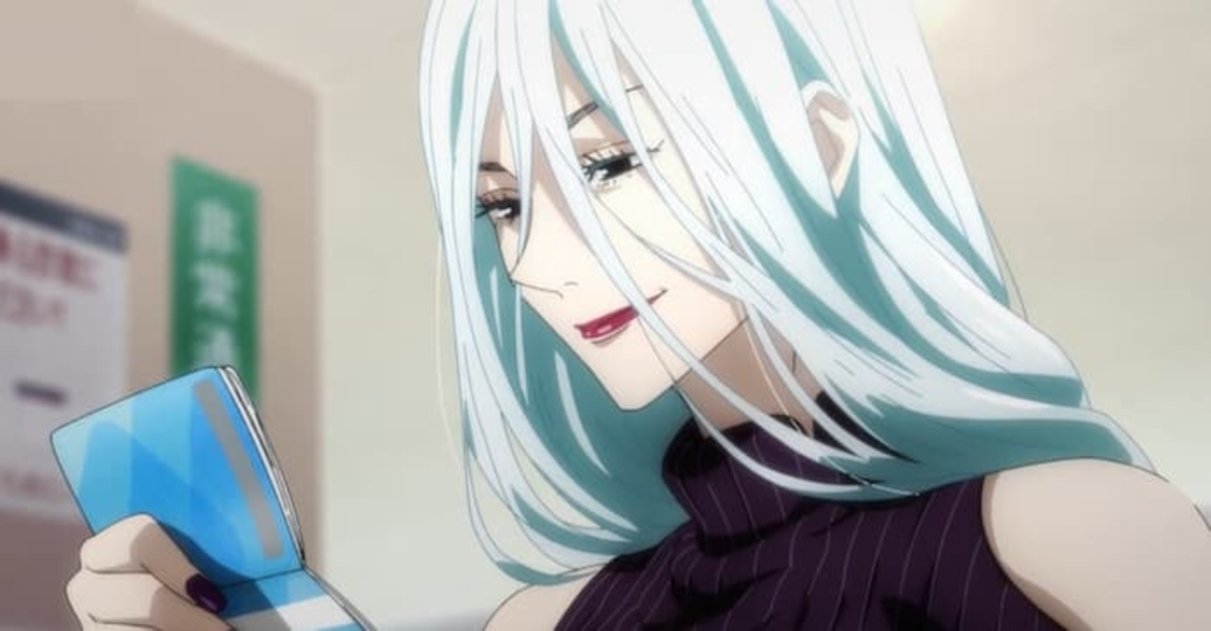 Mei Mei showed us her great ability to exorcise demons

Mei Mei has been one of the most intriguing characters in Jujutsu Kaisen., because his obsession with money always calls into question his true loyalty. This Shaman has presented herself as an entrepreneur and business woman who lives for money.

But beyond this and a few conversations, we haven’t had a chance to learn about his abilities. In fact, in the prequel manga of the series she did not appear either. But it’s a different story in the movie.

The Night Parade of the 100 Demons it was a plan by Suguru to distract the Shamans. However, both cities were severely affected by the appearance of these Curses. That is why all the Sorcerers were summoned to the battlefield.

In Shinjuko we were able to witness a small sample of Mei Mei’s skills. While it is true that she did not use her Cursed Ritual, her screen time helped us understand why she is a First Class Shaman, as she fought against Curses using her incredible agility, speed, strength. and a mighty ax from her.

Nanami appears and shows what she is capable of

The favorite office worker of all lovers of Jujutsu KaisenKento Nanami, also had his time to shine during the Curses attack on Shinjuku.

Again, this one doesn’t have an appearance in the manga, but he did make it in the movie. During this short time, Nanami showed us why she is one of the strongest characters of the series.

The Curses did not stop their progress. In the process, many Shaman students were being killed. So, to stop this massacre, Nanami set off and charged against these spirits. Via his Cursed Ritual of ProportionFirst Class Shaman exorcised many powerful Curses.

The beginning of the movie is changed compared to the manga 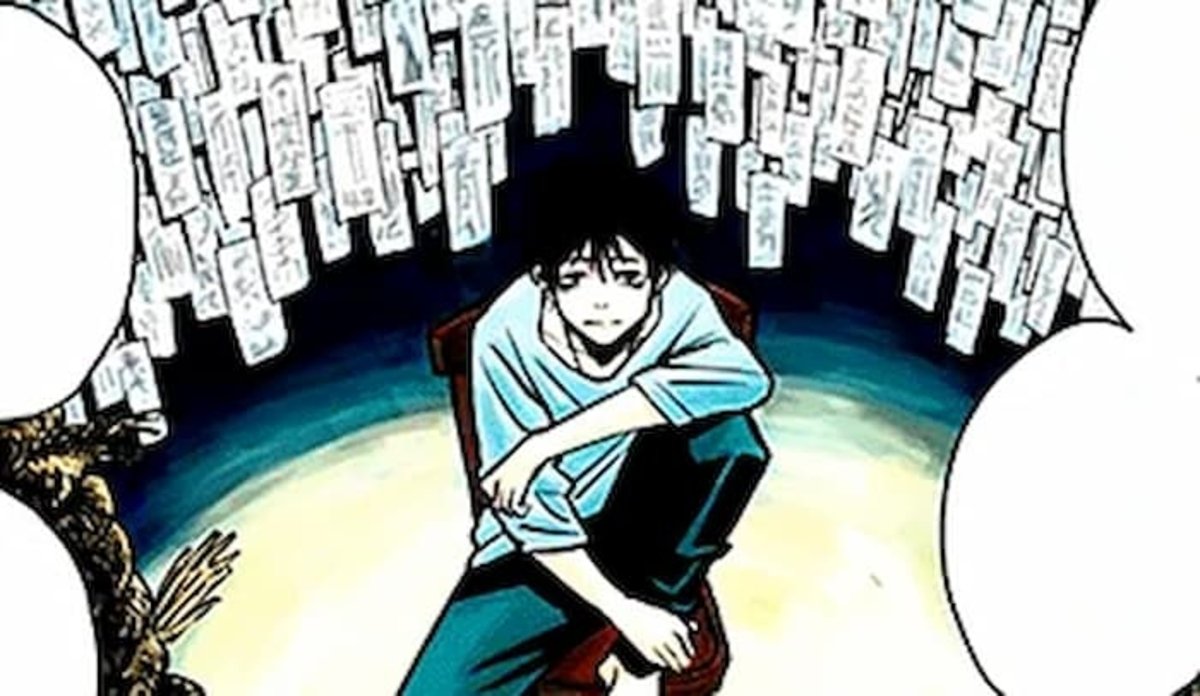 In the manga, the first scene shows us the young Yūta Okkotsu sitting in the cell containing Curses. Something very similar to what happens with Yuji Itadori.

With the intention of differentiating itself a little, the film of Jujutsu Kaisen 0 It begins by showing us Yūta Okkotsu, but being harassed by some bullies at school. As a result of this, we see the Rika Curse for the first time, which appears to hurt all those who annoy the protagonist.

The decision of MAP to change the opening scene of the film was successful, since, in addition to differentiating itself from the manga, it also It helps us to understand why Yuta is sent to the cell containing Curses from Tokyo Sorcery High School.

The information revealed by Suguru about Rika’s powers is exclusive to the manga, as it was omitted from the movie.

One of the most confusing topics among readers of Jujutsu Kaisen has to do with Cursed Energy and the way a Curse develops intellect. And one of the most interesting, powerful and mysterious Curses has always been the one that plagues Yūta.

Fortunately, in the manga, Suguru Getō explains to us that Rika Orimoto’s Vengeful Cursed Spirit is something incredible, as it is an unlimited source of Cursed Energy. This revelation helps us to understand that the power of this Curse exceeds the imagination. But that’s not all, because it also puts us in the context of Yūta Okkotsu’s abilities as a Special Grade Sorcerer.

Nevertheless, this information revealed by Suguru Getō is exclusive to the manga, since in the film it was totally omitted. And this is an important change between both works, despite being based on the same story. 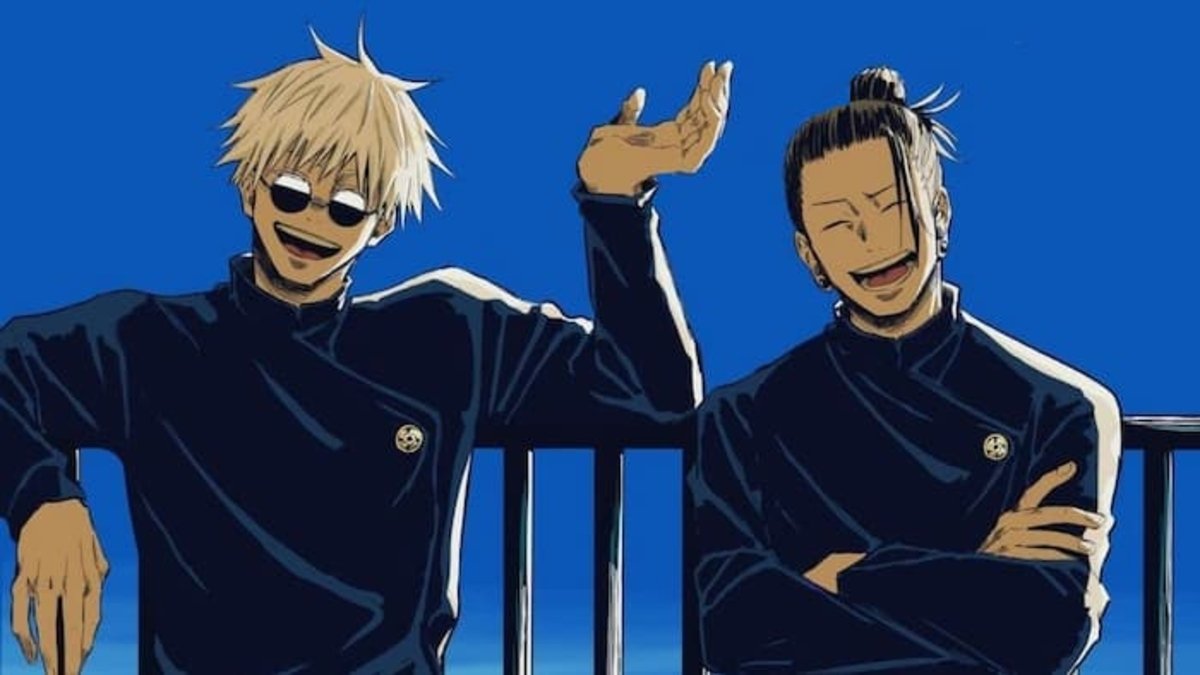 Satoru misses some important dialogue, including lines related to his friendship with Suguru.

Being a movie based on the prequel to the events we saw in the first season of Jujutsu Kaisen, it was obvious that we would have the presence of Satoru Gojō. This has been recognized as one of the most beloved characters for lovers of the work.

Satoru is widely known for his incredible power as a Shaman. However, he has also been responsible for some important dialogue in the manga. But this changes a bit in the film adaptation.

An example of this can be found during Satoru’s final conversation with Yūta, in which, when talking about Suguru Getō, his dialogue is totally changed to give the impression that it is nothing more than an old friendship.