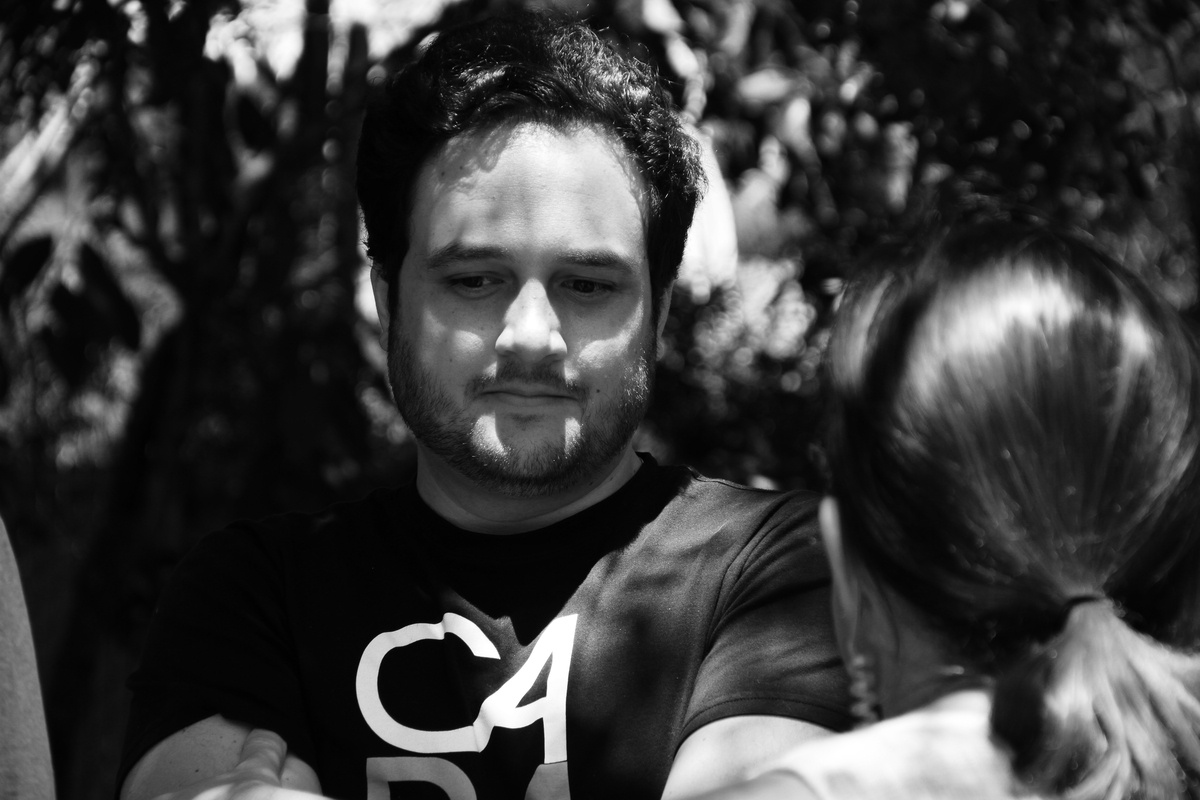 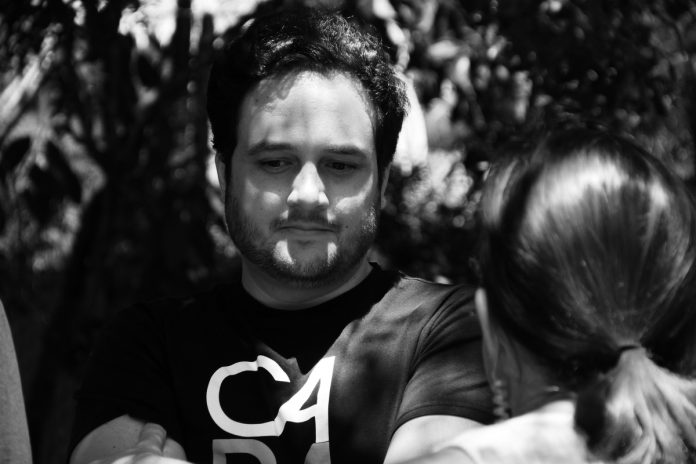 In 2013, the first episode of the series was broadcast on the NBC signal. The Blacklist, a thriller that follows a fugitive who turns himself in to the FBI and volunteers to catch criminals. At that time, the Venezuelan Juan Avella was finishing his university studies and was interested in doing television, so much so that at that time – he remembers – he saw the pilot of the series created by Jon Bokenkamp many times to learn the structure of the script. Now, almost a decade later, the filmmaker was in charge of directing the 15th episode of the show’s eighth season, “The Russian Knot.”

Avella, 35, was interested in cinema from a very young age. When he was 12 he saw The Matrix and – he remembers – the story and visual effects of the Wachowski sisters’ film captivated him. “The film broke my mind, I couldn’t believe that things like this could happen in the cinema, it seemed like a super unique world and from then on I knew that I wanted to do something within the industry,” he says. A couple of years later, at 15, I was already writing scripts and stories. At that time, I wanted to be a producer, because I thought they were the ones who created the stories. “I was not very far removed, but also not very aware of all the role divisions, specifically the director and writer. As I learned more about cinema, I realized it ».

Although the Venezuelan always had a passion for film and television, he studied administration, major in banking and finance at the Metropolitan University, even worked in a brokerage firm, but he quickly left to dedicate himself to what he really liked: writing stories. “I always knew that was not my thing.”

His true training began in 2011, when he decided to move to Los Angeles to do a master’s degree in screenwriting at the American Film Institute, one of the best film schools in the world. So, with the help of his family and the defunct Cadivi currency management system, he set out on his journey to the United States. “What led me to make the decision to leave was that I really wanted to learn cinema. I liked the American more than the European and I said to myself: ‘I have to make it go away.’ Until I had the opportunity, “he says.

However, before leaving Avella had some experience in the Venezuelan entertainment industry, having worked as a producer on shows such as AND! Latin News and AND! VIP Caracas. «He did everything. It was an excellent school because I had the opportunity to interview a lot of artists, like Enrique Iglesias and Nelly Furtado “, he recalls.

Upon completing his master’s degree, he began to develop as a director and writer by making shorts. Among them, Son by son (2017) and Her Body (2018), both acquired by HBO. Later, the Venezuelan received an award for his short film Bolichicos at the Tribeca Film Institute, where he met the managers of The NBC Emerging Director Program, an NBC program that seeks to promote diverse directors behind the cameras, who invited him to participate. in the project. Ultimately, he was selected along with six women. “The great advantage of this program is that it lets you direct an episode. Before you are the shadow of two directors for two chapters so that you know how copper is beaten and what the process is like to make the series and then they give you the opportunity to direct », he says.

Direct a chapter of The Blacklist It was always Avella’s first choice, as she is a follower of the series. «I never would have imagined that the first episode I would direct on television would be of that series. They are things in life that surprise you, “he says.

Filming for “The Russian Knot” began in March this year. In total there were three weeks of work, of which seven days were pre-production, eight production and two post-production. «The experience was very interesting. It is a very large team, of more than 100 people, all very friendly. They welcomed me with affection and treated me with respect, so I felt very welcome ”, says Avella, who adds that the filming was carried out under strict biosafety regulations. “You had to wear a mask all the time and respect the space of the actors a lot, we also had to take daily covid tests, PCR and rapid tests.”

For the Venezuelan, the most difficult part of the shoot was filming a scene in Central Park, because since they cannot close the whole place, there were many people around. «The sequence we were recording was very complicated, but fun. In it, the main character escapes from the FBI with a cunning plan that consisted of bringing 20 doubles who were combed and dressed just like her. It was something complex and limited in time, “he says.

As it was about the filming of a series with a long history, Avella says that it had to stick to the same visual style, tone and rhythm; however, he could add his own personal touch to the chapter. “Directing for television means, first, that as a director you are the guardian of the script and you are working for the showrunner. You have to give that creator a TV show that is typical of The Blacklist. It’s a complex game where you play within those limitations, but sometimes those same limitations drive your creativity, “he says.

Although the Venezuelan had not worked with the team of the series, he had the opportunity to meet them every day before sitting in the director’s chair. “Being the shadow of the directors for two episodes had already broken the ice with many people,” he says.

Avella is a writer and director, for him both roles complement each other. “That has helped me a lot when directing because by taking someone else’s script I can know how to tell stories more efficiently. I’m not a director of making cool takes; I am one of those who seek to make the moment of the script excellent and then, when I achieve it, I focus on the takes from that moment on. I think the other way around, from the scriptwriter’s point of view. 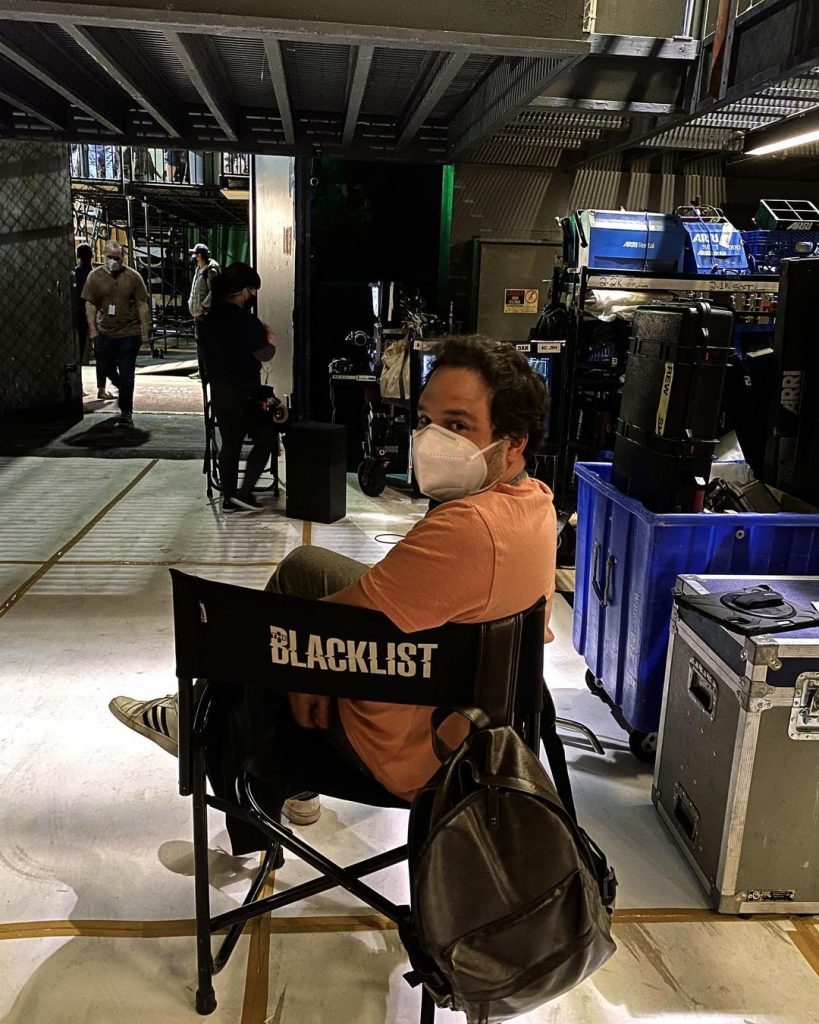 He is the only filmmaker in his family in which there are writers, musicians and architects. “I think we all come out with that artistic root,” he says.

He lives in Los Angeles where, he says, the entertainment industry is complex. But having studied there was an advantage. ‘By graduating I already had connections, a clearer understanding of how everything was handled, and more realistic expectations, unlike other people who believe they will become famous overnight. Developing your work as a director is something that takes years, decades. Little by little I have been inserting myself as much as I can. I think I’m doing well, ”he says.

Currently, the eighth season of The Blacklist airs through NBC, from April 30, and will reach Netflix in September. For Avella, both formats, television and streaming, are very popular in the United States; however, it ensures that the choice of one or the other depends on the generation. “For example, young people up to 25 years old, who grew up with cell phones and iPads, are probably more used to streaming because it is what they know, while older generations are not. I, for example, am 35 years old and I remember that on Tuesday nights they broadcast Friends on Sony and it was something that I never missed. For me, watching television has been something of a lifetime, ”he recalls.

And he adds: “For this reason, it is also in the Netflix catalog so that people of other generations can also see it. No matter how, you will always capture your audience.

The genre he enjoys the most is suspense, thanks to him he discovered his voice as a director in the short film Son by son. «I like to leave the audience glued to the screen, without taking their eyes off them with the stress and tension of the moment. I think that today, with so much technology, it is very easy to get distracted. When you have a movie that really grabs you and you can’t take your eyes off it, it seems like a brutal experience to me and that’s what I want to recreate as a filmmaker, ”he says.

Although he will be 10 years old in Los Angeles in July, he returns to Caracas every year, except last year when he was unable to come due to the pandemic. For Avella, this year of confinement was profitable, as it gave her the opportunity to resume some personal projects and, fortunately, she did not stop working. “2020 was a very strong year for everyone and the entertainment industry, like many industries, came to a standstill overnight. “Luckily I was able to continue working remotely and that helped. In the same way, as a screenwriter and filmmaker one is very entrepreneurial, you must create your own content. Honestly, my life did not change drastically because as a screenwriter I am always working from home, writing and sending e-mails, what was reduced for me were the opportunities to go out and meet people ».

Currently, Avella is working on several projects that are still in development, including a television series, short films, and a podcast. In addition, he wants to turn his shorts Son by Son and Bolichicos. “One in this career has to be an entrepreneur and, in fact, that was the keyword of the Metropolitan University. At that time it seemed like a joke to us the level of intensity with which they put it through your eyes, but when we graduated it seemed to us that it was the best learning. It’s something that has helped me a lot because in this career you have to create your own opportunities and get ahead, “he says.

Juan Avella’s project is to keep working and training to become a successful director. “My goal five years from now is to have a career, God willing, in which I can direct my own projects. It is clear that in this industry things move slowly and everything takes time, so you have to be very persistent and be patient, “he concludes.