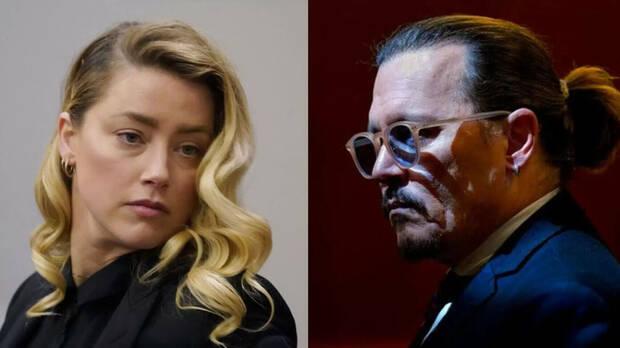 The media and controversial trial that has accompanied us in recent weeks has come to an end: Amber Heard is guilty of defamation Y will have to pay 15 million dollars to Johnny Depp. Both actors who were a couple for several years they accused each other of defamationand the jury has concluded that Heard will have to pay Depp 10 million in compensatory damages and 5 million in punitive damages, while Heard will have to be compensated with 2 million in compensatory damages for statements made by Depp’s lawyer, in which he said that she and her friends “set up” the actor “an ambush, a deception” on the night of an argument between the couple in May 2016.

The well-known actor Pirates of the Caribbean sued her partner for defamation for a column published by the Washington Post in 2018 in which Amber Heard accused Johnny Depp of being an abuser, which led to the “cancellation” of the actor in the world of cinema in the midst of the phenomenon of me too. The actor asked for 50 million dollars in damagessince he stated in court that these accusations led to his expulsion from the Disney sagaamong other jobs that he would have lost, such as his participation in the third film of fantastic animals.

Johnny Depp on the verdict: “the jury gave me my life back”

Johnny Depp issued a statement minutes after the verdict saying that “the jury gave me my life back” and “the truth never dies”. This is the full statement:

All in the blink of an eye.

False, very serious and criminal allegations were made against me through the media, which triggered an endless barrage of hateful content, although no charges were ever brought against me. He had already circled the world twice in a nanosecond and had a seismic impact on my life and career.

And six years later, the jury gave me my life back. I am truly honored.

My decision to proceed with this case, knowing full well the height of the legal hurdles I would face and the inevitable worldwide spectacle in my life, was only made after much thought.

From the beginning, the goal of bringing this case was to reveal the truth, regardless of the outcome.. Telling the truth was something I owed to my children and to all those who have stood firm in their support of me. I feel at peace knowing that I have finally made it.

I am, and have been, overwhelmed by the outpouring of love and the colossal support and kindness from all over the world.. I hope that my quest for the truth to be told has helped others, men and women, who have found themselves in my situation, and that those who support them never give up. also I hope the position now goes back to being innocent until proven otherwise.both within the courts and in the media.

I want to acknowledge the noble work of the judge, jurors, court staff and bailiffs who have sacrificed their own time to get to this point, and my diligent and unwavering legal team who did an extraordinary job in helping me share the truth. .

The best is yet to come and a new chapter has finally begun.

Amber Heard is “heartbroken” with the verdict

The actress has already left her first statements after the verdict and has said that “The disappointment I feel today is beyond words”according to a statement published in the Washington Post. “I am heartbroken because The mountain of evidence was not enough to stand up to the power and enormous influence of my ex-husband.”Heard said.

“I am even more disappointed with what this verdict means for other women. It’s a reverse. We go back to a time when she spoke up and could be publicly embarrassed and humiliated. She pushes back the idea that violence against women should be taken seriously.”

“I think Johnny’s lawyers managed to get the jury to miss the key issue of free speech, and to ignore evidence that was so compelling that we won in the UK. I’m sad because I lost this case. But I’m even sadder because I seem to have lost a right I thought I had as an American: to speak freely and openly.“, Said the actress in this statement.

An authentic media circus that will go down in history

The trial began on April 11 and lasted several weeks has been broadcast publiclyso it has become quite a show of dubious taste, which has made rivers of ink flow and has fed content creators and streamers commenting every day on all the polemics and lurid details of their life as a couple between 2011 and 2016, some details that have greatly interested the American public, more than the war itself in Ukraine.

The last movie Johnny Depp worked on was The Minamata Photographer (2020), so we will have to wait and see if this sentence will mean his return to the front row of Hollywood, or if both actors bury the hatchet and there are no more complaints, since this was not the first trial related to their common past. In 2018 Depp already denounced the newspaper The Sun also for defamation, although in that case he lost.

On the other hand, Amber Heard has a premiere pending Aquaman and the Lost Kingdomscheduled for 2023, of which the actress has said that Warner Bros. has reduced her role as Mera to the maximum by fan pressuresomething that seems to affect the future of his career in the world of cinema.