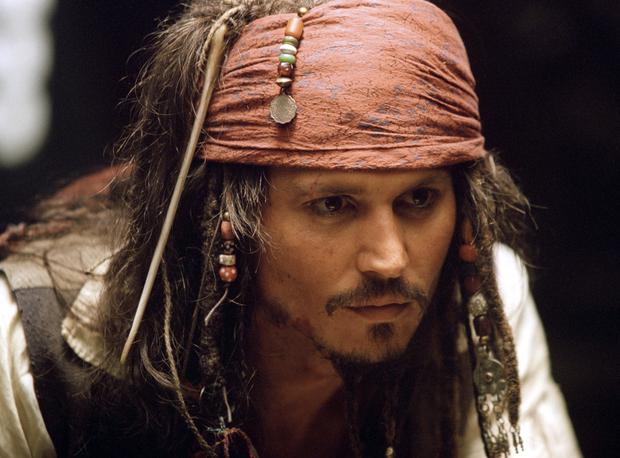 In the last days, the names of Johnny Depp and Amber Heard have been among the most mentioned by the press and the general public. This, after starring in one of the most controversial media trials in recent years that, after weeks of testimony, the interpreter won. In this way, his ex-wife will have to pay compensation of more than 10 million dollars for the crime of defamation.

MORE INFORMATION: When a girl asked Johnny Depp why he had his finger bandaged

Thus, after winning the legal process against his ex-wife, many of the viewers of the legal battle have wondered when the artist will return to acting and, above all, if it is possible for him to play one of his most iconic characters again: Jack Sparrow. In that sense, recent statements by a former Disney executive have given hope to fans of Depp.

Find out why it is believed below. Johnny Depp could return to the saga “Pirates of the Caribbean”.

WILL JOHNNY DEPP RETURN TO THE “PIRATES OF THE CARIBBEAN” SAGA?

During the promotional tour of the film “Top Gun: Maverick”the producer of “Pirates of the Caribbean”, Jerry Bruckheimergave a statement to The Sunday Times and left open the possibility of the return of Johnny Depp to the saga.

“The future is yet to be decided”, the executive said. He also confirmed that the studio is developing another film with a new protagonist, which he will possibly bring to life. Margot Robbie: “We’re developing two scripts for ‘Pirates (of the Caribbean)’. One with her, one without her.he pointed out.

STATEMENT FROM A FORMER DISNEY EXECUTIVE

In addition, the testimony of a former Disney executive has recently come to light, who spoke anonymously in an interview with People. In this way, the studio’s interest in taking advantage of the media bombardment of the artist’s figure in a new production would be indirectly confirmed.

“I really think that, after the verdict, ‘Pirates (of the Caribbean)’ is ready for a ‘reboot’ with Johnny (Depp) as Captain Jack Sparrow. With Jack back (…) There’s a lot of box office treasure for a beloved character deeply rooted in Disney culture.”he pointed out to the aforementioned medium.

WHAT JOHNNY DEPP SAID ABOUT RETURNING TO “PIRATES OF THE CARIBBEAN”

Despite these testimonies, one should not forget what he said Johnny Depp during the trial against heard. In one of the critical moments of the legal battle, the actor was invited to testify and was questioned by the lawyer of his ex, Heard Ben Rottenborn.

“If Disney came to you with $300 million… Nothing in this world would make you go back and work with Disney on a ‘Pirates of the Caribbean’ movie, right?”was the question asked by the member of Amber Heard’s defense team.

The actor’s response was simple and direct: “That’s right, Mr. Rottenborn.”. In this way, he expressed his decision not to want to return to the saga, which has caused many of his fans to lose faith in seeing him again with his mythical character. Jack Sparrow.

THE JOHNNY DEPP FILMS IN “PIRATES OF THE CARIBBEAN”

After acting in the fifth film of the saga, the actor was fired by Disney in 2017, after serious accusations of Amber Heard against him. It is worth saying that, in the last feature film, the possibility of resuming the story with its original stars was left open.

However, it is likely that, if an agreement is not reached with the interpreter, the famous entertainment company will decide to restart the franchise with the actress. margot robbie as the main character or even with actors like Dwayne ‘The Rock’ Johnsonaccording to Giant Freakin Robot.