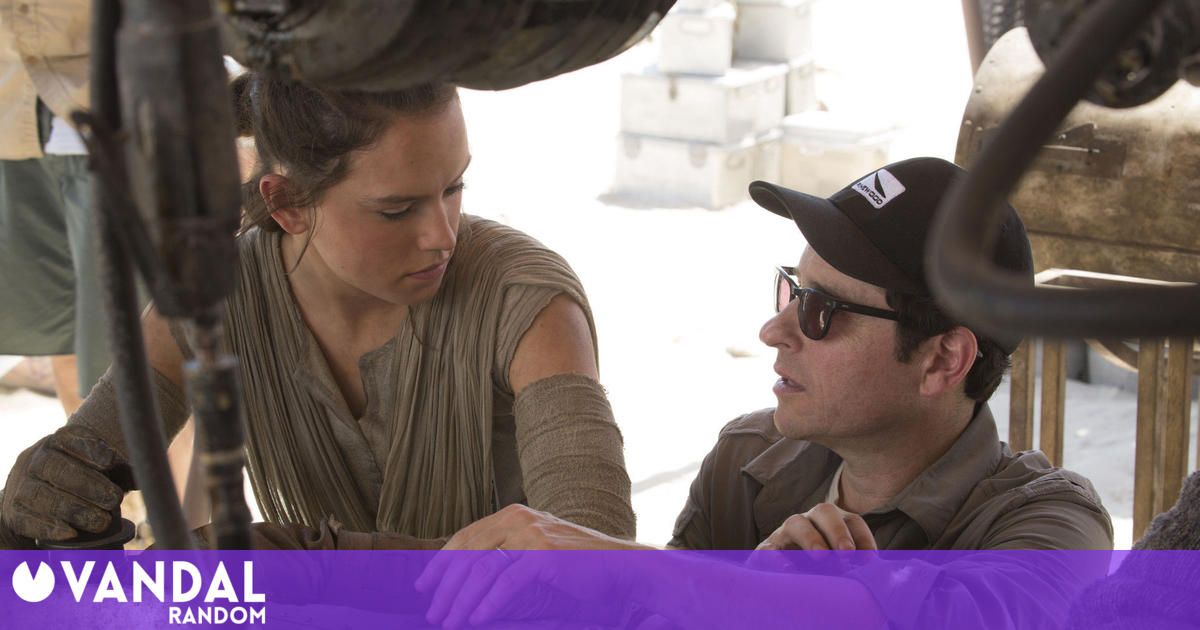 One of the biggest criticisms made of the sequel trilogue of Star wars Realized by Disney and Lucasfilm it is the lack of coherence between its plots and characters. JJ AbramsAt first, he only had to direct one episode, the opening episode, introducing the protagonists and framing the so-called big picture for future installments. But, after the insistence of Kathleen kennedy, president of Lucasfilm, and the departure of Colin trevorrow of Episode IX and the problems in the community after Episode VIII of Rian Johnson, agreed to return. Now, in an interview with Collider, the filmmaker and head of series such as Alias or Lost, explains that what went wrong in the triloga starring Rey, Finn, Poe or Kylo Ren, was the lack of planning.

The problem of lack of planning

The idea they had come up with at Lucasfilm, and the one on which much of the original triloga was built, was that each chosen director will be based on what the previous filmmaker had elaborated to build his own story, leading to a kind of very organic creative transfer from one director to another. In Johnson’s case, that meant following certain threads that Abrams built, like the idea of ​​Luke Skywalker and Rey sharing much of their screen time together and leaving others behind like the idea of ​​the villain, Snoke. The Last Jedi It was a critical success, but it divided the community. And there the problems began. Kennedy began to have doubts about the plan, and Trevorrow left Episode IX so, everything falters. There would be no clear plan, and he had to finish a story that began in a concrete way., what took different and alternative paths in its central chapter and that now had to continue and end. With a trilogy at half throttle, Abrams returned and decided to incorporate into the story a kind of remix concepts that had already been speculated during The Force awakens, and that they brought the issue of Rey’s kinship back to the fore and that it tried to connect, in some way, with the classical trilogy in terms of its structure.

“I have been involved in a series of projects that have been, in most cases, series, that have ideas that start in one way and in which you know where they will go. Sometimes it is an actor who enters the scene, other Sometimes it is a relationship that as written does not work at all, or you may even find ideas that you like but that you know will not be well received, they will crash and burn along the way. Other times you find yourself thinking ‘This is a minor detail’ Y ‘this character will appear an episode and already’ and then it becomes a fundamental part of history“explains Abrams himself, who has been promoting the 4K version of Super 8.

I’ve learned in my career, sometimes the hard way, that if you don’t plan something clearly, you can fail

“It is something I have learned as a lesson several times throughout my career, and it’s something that especially in this pandemic year, as I’ve been working with writers and screenwriters, has become clearer. You have to plan things the best you can, and you always have to have answers to answer what may be unexpected. And the unexpected can present itself in multiple ways. I think there is nothing more important than knowing where you are going “, he pointed out in a clear reference to what has happened with Star wars at the cinema. “There are projects that I have worked on where we had some ideas but we had not worked on them enough, sometimes we have some ideas but then we were not allowed to do them the way we wanted,” he continues. “I’ve been through situations where you plan things a certain way and suddenly you find yourself doing something that is 180 degrees different, and many times it works fine, and you feel like ‘wow, that fit well’ and other times you think ‘My God, I can’t believe we’re doing this’“Continue.”Sometimes when it is not working it is because it is what you planned and did it wrong and other times when something is not working it is because you did not have a clear plan to follow“, he adds.

“You never really know, it’s not an exact science, but having a plan, and believe me I’ve learned this the hard way in some cases, is the most important thing, because otherwise you don’t know what you are building. You don’t know what to emphasize. Because if you do not know how important the story you are telling, you are only as good as your last sequence, effect or joke or whatever, “concludes the director of Star trek.