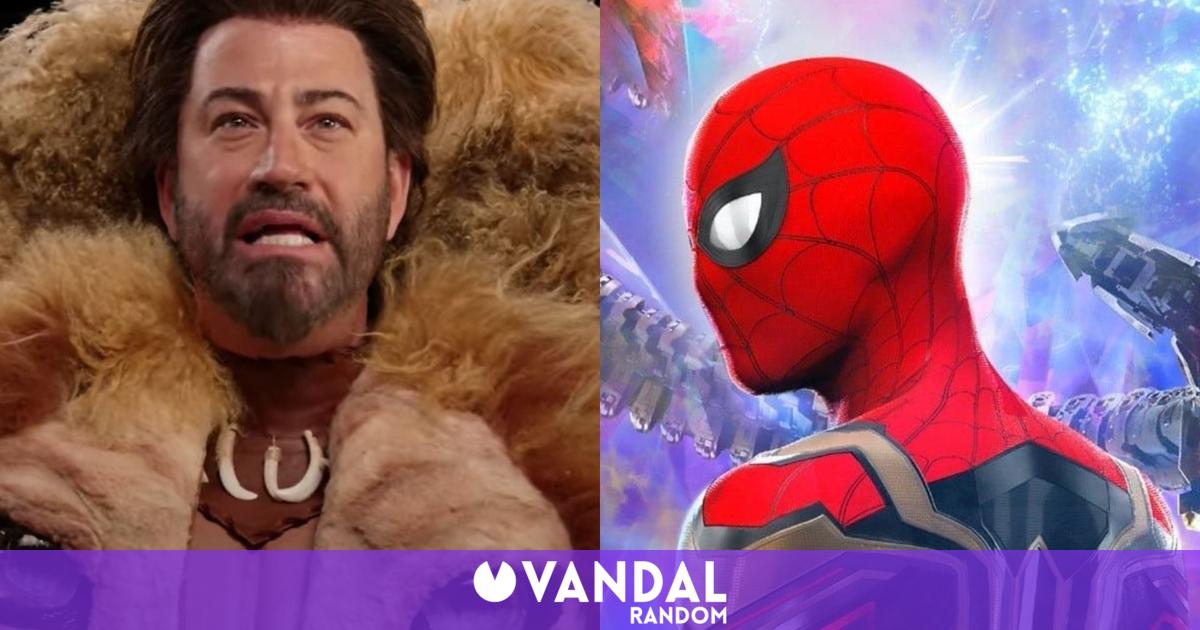 The last trailer of Spider-Man: No Way Home is causing a real sensation. The fans are analyzing even the smallest detail to reveal all the possible clues that await us in the viewing of the full-length film. We have already been able to take a look at several villains that will appear in the film, such as the Green Goblin, Doctor Octopus, Electro, Lizard or Sandman, but there is a very important one that Jimmy Kimmel has not been afraid to represent in one of his last shows: Kraven the hunter.

The presenter and comedian has anticipated the film about that character who is already on the way and has offered his (shabby) version of The requirements, sneaking into the recent trailer of Spider-Man: No Way Home as one more in the role and leaving his cover letter as the next antagonist of the web thrower in the Marvel Cinematic Universe.

Of course, and as you have seen, the presenter maintains the same comedy tone as always, following his line, and sneaks into the trailer in the most absurd way possible. But it would be a luxury to be able to see him even as a simple cameo in the movie with that costume on.

Aaron Taylor-Johnson being the real Kraven

Taylor-Johnson already has the role assigned as the fearsome character, so Kimmel will have to queue or do wonderfully well in more gags to steal the role. Richard Wenk is writing the script of the feature film, which should see the light there in 2023.

“Being very close to traditional Kraven. And thus coming face to face with Spider-Man. Right now I’m just getting it started, starting the process, and because it’s a great IP there are a lot of obstacles to overcome before I can. get to writing for real, to figure out the right story and get the tone right. It’s a new world for me. But the good thing is that he’s a deep-rooted character, he doesn’t have a lot of crazy superpowers and things like that, so he’s more rooted and that fits with what I like to do, “Wenk explained to DiscussingFilm.

Spider-Man: No Way Home It will be released next December 17 in theaters.

Jimmy Kimmel sneaks in as Kraven the Huntsman in Spider-Man: No Way Home trailer