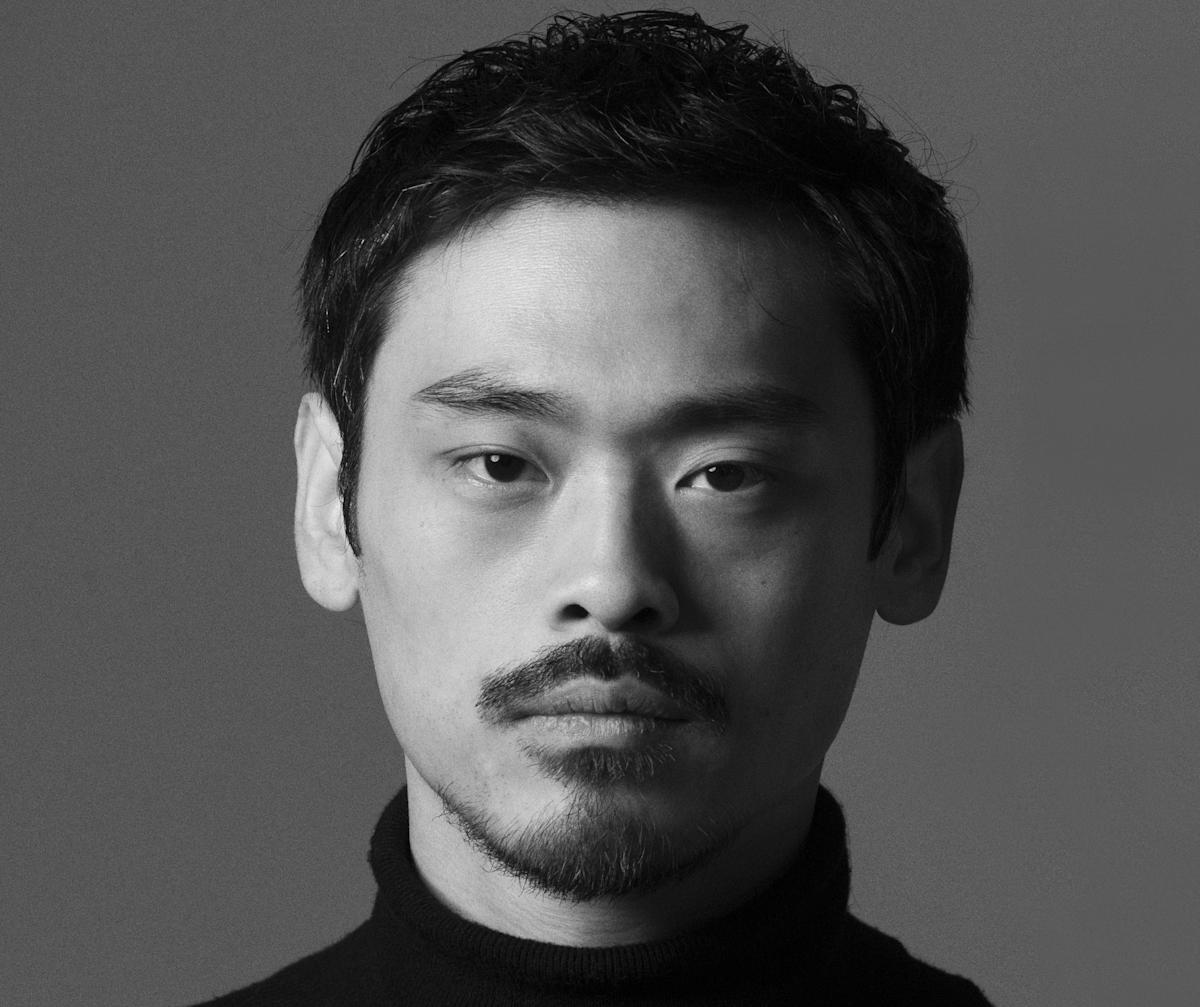 As a child, Jiajie Yu Yan (Barcelona, ​​1989) participated in some commercials as a secondary character and in others as the protagonist. During one of those experiences, the world of filming and the atmosphere created during those days of whirlwind ended up seducing him. Along that path, he discovered that his thing was to tell stories through the cinema, so he put his plans to study medicine on hold and decided to focus on a passion that time has shown to be successful. Now he reaps successes such as the Goya nomination in 2020, the appearance in many festivals and a residency at the Film Academy that has placed him in the process of creating the script for his first feature film.

Now, when Ty Segall’s songs sound in a loop on his headphones, he restricts the use of Instagram to avoid obsessing and opens the door to guided meditation, he goes through an unfinished process of delving into their identities and the derived conflicts that for a time They made him disconnect from the Chinese identity coming from his parents, founders of one of the first Chinese restaurants in Barcelona. Dilemmas and discoveries that feed his works in the cinema. We talked about all this and more in this installment of ‘Spain is not (only) white’.

Your parents ran one of the first Chinese restaurants in Barcelona, ​​which reminded me of Paloma Chen’s initiative, ‘Growing up in a Chinese: the children of restaurants and bazaars speak of everything at 100‘. What was it like growing up in that context?

I think very good. In Barcelona I made friends, I still have my family and I came to Madrid alone. I had a good adolescence and studies were good for me. But now that I am writing a movie and remembering many things, one thing that has come out is the subject of attachment and relationships, especially with the family, with whom I have a good relationship, but not in the Western style. You compare yourself with your friends, for example, when you go to your friends’ house to sleep and see that dinner and after-dinner lasts two hours, parents say I love you to kiss you good night … In adolescence I did not care But in writing the movie I’m making now, I’ve had more serious conversations with the family.

There is one thing too, and that is that I did not want to have Chinese friends or have relationships with Chinese people. The only one was with my family, solely and exclusively. Upon arriving in Madrid, the cinema helped me understand my origins and my roots, I began to have contact with people like Antonio Liu Yang, who introduced me to Chinese and Spanish youth. One of the first ones I met was Paloma Chen, but also Susana Ye, Quan Zhou, Chenta Tsai… and she was the host. Until that moment I was not aware of what we shared and that I could not verbalize with my lifelong friends, rejecting my origins and roots. It blew my mind to see that we were people who understood each other and lived through similar phases. Now several people want to promote a motor group of young artists from the Chinese community, born in Spain although not exclusive, because it is cool to give us support and meet more people to have references about. Even myself, that when I have wanted to find Chinese actors it has been difficult for me.

You have mentioned several key names in the Asian community that you are raising your voice and marking your presence. You yourself are one of them. How do you feel that responsibility?

There is pressure. To be honest, I have that dilemma and I have talked about it a lot with Paloma Chen. Without wanting to sound overly epic or over the top, I think we are doing something historic. I am aware that it is, but we all do it, each one from their own sphere. Chinese emigration in Spain is recent and we are old enough to change this. I am aware that this is historical, but at the same time, if I speak from my personal point of view, I have never considered to what extent what I do can change things or be a reference. I don’t want to have that ego, I think we are all moving forward.

As a child you did some first steps as an actor, especially in commercials. Your plan was to study medicine, but you ended up opting for the cinema. What happened in that process?

At the age of 17 I was in second year of high school and had already made the odd announcement. Especially as a secondary character, but some as a protagonist. So I did an ad for Pepsi, a worldwide campaign, for which an American director came. They were five days of filming in which I was the leading actor along with five other children. The experience was so brutal that I said: “Damn, here’s something that attracts me a lot.” The filming, the good vibes, the idea that there are no routines, that you are here today and somewhere else tomorrow… All that attracted me and it was from there that I decided to study Audiovisual Communication. Little by little I began to obsessively watch cinema, cinema, cinema. I thought that my passion was to be on a set, but I realized that it is making movies, telling stories, and that coincided with a stage of mine of much reflection and trying to understand many things. Cinema came at a very key moment for me.

In the end it seems that you have done very well, especially with ‘Xiao Xian’, a work nominated for the Goya in 2020 for best fiction short film. How have you lived this leap that has brought you to the radar of other film festivals?

Yes, the truth is that the Goya has been a before and after. It is media, it helps and exposes you a lot in a positive way. As a result of Goya, I experienced very good things and very interesting meetings. I got the residency where I am writing my first fiction feature film, which is the most important leap for me, making my first film. Professionally speaking, it has helped me a lot to get to the point where I am.

In addition to your own projects, you also do work for brands, like the short ‘The Lonely Prince’. What are the differences between working for a company and doing it on a personal project?

I work it all the same, but when it’s a movie of yours obviously your attachment to it is different. Advertising and the video clip is much faster and faster. With ‘Xiao Xian‘It took me two months to have a montage, but one publi recently it took me about a day. It is another dynamic, another rhythm, the cinema is slower and more leisurely, it allows you to spin it around. You can afford to rest for two weeks, disconnect from the story to read again and connect with other eyes. You can’t afford that in advertising.

In the video clip you directed for the song Soul, by The Prussians, it appears the black influencer Omar el Pretinho. That makes me want to ask you why is your relationship with social networks, now that they have become one of the main showcases of the work that one does.

If you had asked me this a year and a half or two ago, just before the pandemic, I would have told you that I was obsessed. I used to go to Instagram a lot, on Twitter I started to be active relatively recently, but with Instagram I was obsessed. A friend told me and I said at the time that I had everything under control, but I was deceiving myself. Then I discovered that you could see how many hours I spent on Instagram and when I saw it I had a heart attack, it was about six hours a day. I was very surprised, I thought the pot was gone and when the pandemic hit, as a shock therapy, I took off Instagram. I stopped using it and now my average is very healthy, 10 or 15 minutes a day.

A few years ago, in an interview, you said that young filmmakers have a difficult time progressing. What is getting in the way?

There is a part that has to do with having contacts that sometimes it is difficult to have certain access to certain production companies or the industry in general. You find yourself with the doors a little more closed. Contacts in the cinema are super important. Then for grants, which go through a point system, there are times when if you can’t take a first step, you’re kind of blocked. Once you get out of the loop it starts to go well. For example, as a result of having some points that I have, I could ask for grants. But to be the Goya I have needed to have a short with certain logistics or preparation that not everyone can afford, because sometimes there are people who have it.

Now although everyone talks about the democratization of cinema, which is true because everything is much cheaper, easier and you can even record with a mobile phone, I do believe that there are certain barriers. Before the Goya I had been working on this for more than ten years, but I was more in the shadows. I saw results, but very small, even the Goya. Everything changes there, but of course, how many people can put up with it.

What are we going to see of you next?

I am very clear about what to make my film, it’s called ‘San Dai Shi Guang’, which translated is ‘Three ages’. It is a very important story for me because it talks about a child who grows up in Spain, with certain difficulties and a certain disconnect. It is a very personal story but it is not autobiographical, the story is totally fictional and I am not the protagonist, but obviously there is part of me in the film. My highest priority and my greatest success is to be able to make a film where the Chinese community treats itself from a healthy perspective, without prejudice and without the racial part that is in movies or television shows like ‘El Hormiguero’.

Other interviews from Spain is not (only) white