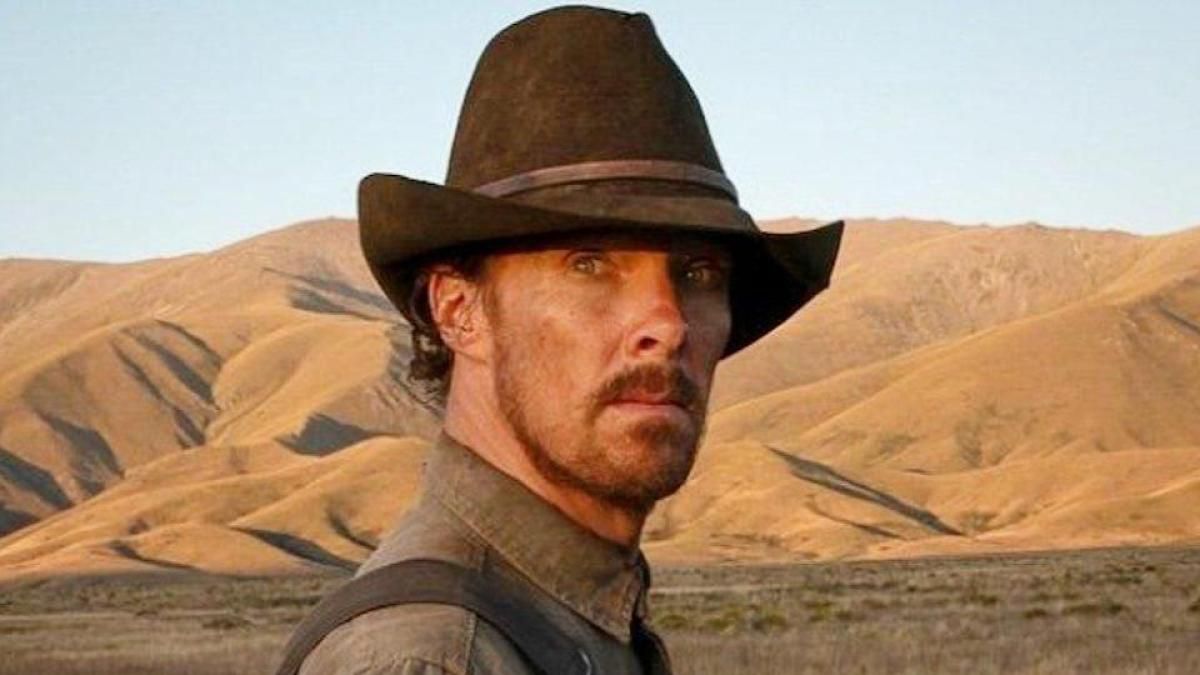 The power of the dog, movie of Jane Campion Based on a novel by Thomas Savage —which will be released this coming Friday in theaters and from December 1 on the Netflix platform—, confirms the noble survival of the western, the quintessential American genre, always associated with its history, with its conquest and to their economic, social and moral essences. His good health, despite the doomsayers who have been killing him since ancient times, is based since the late sixties on a continuous updating in which transgression and classicism, new multicultural, sexual and gender analyzes, together with the subsistence of certain icons and myths. For a couple of decades, not many titles have been produced per year; a handful, if anything. But, in return, the daring creators seem to know what they are doing: the quality is usually very high, as if you can no longer make bad westerns. Some set in the quintessential period of the conquest of the West, between 1865 and 1890, just after the civil war American, and many others in later (or earlier) times, transcending its classic time arc to even reach our contemporaneity.

For all this we have proposed a joint analysis, through the fundamental titles of what we have been in the 21st century. Films of styles, sometimes radically opposite, that nevertheless share similar resonances: home, family, conquest, violence, legacy, territory, border. The hero is no longer who he was, because he cannot be, but the western continues to ride.

Simply the best shooting of these 21 years of westerns. A long sequence of almost half an hour, located at the final climax of the story, in which the action dominates, although not alone. With storytelling power, Costner accompanies her with short conversations, subtext rounding, character modeling, and formidable verve and realism. Surely the most classic of those chosen for this feast of the genre, Open Range it flows naturally with its fades to black, its montage chains, its melancholic music and a beautiful love story. “Learn a trade and you will always have a roof to shelter you and food on the table”, advises the character of the teacher. Robert Duvall, nobility in the look. “For a man there are worse things than dying,” cries Costner, grief of his dark times, looming twilight. As in other great titles of the West, there is a people that is limited to looking at the challenge against injustice. But, driven by women, even they dare against crime and corruption. The justice of the revolver.

In the cinema of the new century, subterfuge is no longer necessary, as when in Red river (Howard Hawks, 1948) Montgomery Clift and John Ireland they compared the beauty of their pistols while gazing into each other’s eyes in rapture, and ended up putting on a metaphorically orgasmic show of syncopated shots. In the movie of Lee, based on a novel by Annie proulx, Jack Twist and Ennis del Mar, sonorous names, rodeo cowboys and livestock care, live a beautiful and forbidden love story of almost 20 years, in the sixties and seventies of the twentieth century. A happy impossible life together, narrated with great sensitivity through wonderful ellipses that make the story erupt with extreme tranquility, in contrast to its inner fire. Even so, the vulgar Crash he stole the Oscar for best picture almost at the finish line, after the academy awarded Lee the best director award minutes before. Bad taste or homophobia? Maybe both.

Available on Amazon and Rakuten.

The murder of Jesse James by the coward Robert Ford (Andrew Dominik, 2007)

About the figure of Jesse James, the most legendary outlaw in the West, no less than 38 movies have been made. Some, like the magisterial Land of the bold, by Henry King, affect the just social reasons that led to their first crimes. Dominik’s, however, stands out, in addition to its stylization, for a last stretch in which the myth begins to forge, part of popular culture very early on. After killing Jesse in the back while straightening a painting, Bob Ford, played by an elusive Cassey Affleck, piping voice, cloudy and oblique gaze, ass-licking vanity, he dedicated himself to (re) interpreting crime for years in theatrical shows with his brother, and accomplice, Charley. Until killing him 800 times more on stage. It’s not fiction, it’s American history. And Dominik gives Ford the concept of being chosen, as a Judas predestined to end a very particular Jesus Christ.

Certain specialists define it as neo-western. Others, like post-western. In reality, although it was set in the eighties and has a thriller plot, the treatment of coen brothers It is pure classic from its first shots, the American landscape, the influence of the territory on the human being, the founding myth, violence as a means of conquest. Drugs are the new gold. There are cars and trucks, yes, but also trail tracks, horses, the border, the desert, a place “near the OK Corral” and a hopeless tale told by a sheriff who defends the value of the law. Very faithful film to the very visual homonymous novel on which it is based, by the master Cormac McCarthy, has dialogues like bullets that are embedded in the gut: “How much is the most you have lost to heads or tails?”. And Javier Bardem, huge, composes a villain for history. Ethan and Joel finished the 21st century of Western cinema with Value of law (2010) and La balada de Buster Scruggs (2018).

Available on Netflix and Rakuten.

The western renewed the epic of the journey of the Greek tradition: beings condemned to wander, not always in a fixed direction or with a certain destination. It is the odyssey of discovery, associated with the search for home. And although the directors of the New Hollywood of the seventies gave it a spin with its inherent twilight cinema, Lee Jones it twists it even more with a hyper-realistic dimension to the point of unbearable. Classicism and modernity go hand in hand in a work starring a woman out of her time, independent in impossible times, in which there is no longer any possibility of conquest because nothing can be conquered. The honorable duel does not fit in a world in which only the trapper stab, the treacherous bit and the shots in the feet are worth. Nine years earlier, Lee Jones had seduced with the formidable The three burials of Melquíades Estrada, border story written by Guillermo Arriaga, then screenwriter of the films of Alejandro González Iñárritu, with its usual destructive narrative.

The debut of the unclassifiable and most interesting Zahler, who later would also revolutionize the prison thriller and the robbery police with the no less savage Brawl in Cell Block 99 (2017) and Dragged Across Concrete (2018) takes a trip to the west with a film that begins as a Coen brothers black comedy and ends with a gore feast worthy of a horror movie. With dialogues of majestic sophistication and without abandoning some of the essences of Western cinema: the epic of the trip as a physical fact, the guilt not assumed, antiheroism, the path of revenge and the attempt of a men’s raid to recover a kidnapped woman, as a fierce variant of the girl from Desert Centaurs. That the Indians cut hair we knew from countless movies, but they had told us without showing it at all. At least with that beastly explicitness.

Snowy landscape, slight camera movement from the frozen statue of a Christ in the middle of nowhere. Diligence in the background. It approaches the rhythm of the music, enveloping, gloomy, almost terrifying. With cellos, double basses and percussion blasting. Also with oboes, bassoons and tuba. They are only the credits and the hook is irremediable: the visual power of Tarantino and the sound of Ennio Morricone. The Hateful Eight, a camera film set in just two settings —the interior of a stagecoach and a large cabin—, with very long dialogues full of wild black humor and a cluedo structure: who hides an identity that is not his own. A puzzle of small clues, with multiple cinematographic references —Corbucci, Carpenter and, among them, the magnificent Spanish film Condemned to live (Joaquín Romero Marchent, 1972) -, starring the worst of the human species in Western cinema. Eight abominable beings, ready to take the guts out of anyone.

Taylor Sheridan is another of the fundamental names in the survival of Western cinema. Screenwriter of Comanchería, director of thrillers with a western soul Wind River (2017) and Those who wish my death (2021), and creator of the television series Yellowstone (2018), Sheridan speaks in the film directed with exultant rage by Mackenzie of themes of the now that plunge into the then of the epic of the genre. Or also the other way around, about issues of the time that unfortunately are still fully valid: the fight between the outlaw and the established economic order; evictions, injustices, precarious jobs from sunrise to sunset, the power of the banks and the legacy of violence. The economic and moral rewards are there, at your fingertips, but to get them you may have to die first. Comanchería, the grapes of the wrath of the desolate and inhospitable present.

Life, so many times more difficult to tame than a wild horse, tends to give the most dangerous kicks. The protagonists of the second feature of Zhao -before the Oscar winner Nomadland-, cowboys of the new millennium, interpret themselves in a kind of representation of their existence in the form of a docudrama loaded with symbolism. The deep lyricism of The RiderHowever, he is not confronted with the critical capacity, with the portrait of the social unrest of a way of life rooted in tradition, but which also carries in its backpack the uncertain present of an America that is falling apart. The young protagonist wears a metal plate on his brain due to a treacherous kick, but the United States in which his moral odyssey unfolds also needs a contraption to sustain his tottering myth. The Far West was seldom closer to misery.

Cowboys comes from cow, and First CowAs its title indicates, it speaks of the origin, of the first specimen in a until then barren territory like Oregon. For that alone, the movie of Reichardt It should already be on the podium of the best portraits on the American way of life. But it is also that it concentrates two of the essences of the country: the dream of the search, the physical territory and the economic food, the future in every rule, as an idealized destination and as a certainty of the home; and the entrepreneurial project, framed in the figure of a Chinese immigrant, ready as hunger, who joins a chef specialized in pastry to get all the juice out of friendship and, even more so, all the milk from a cow that stops they are their particular gold mine. Reichardt, who had already entered the genre in the unsettling Meek’s Cutoff (2011), colonists in search of their place in the world, composes in First Cow a singular western robbery, in which the safe is nothing more than a bovine’s tit.

Available at Filmin and Movistar.

Jane Campion returns to the West: the 10 best westerns of the 21st century