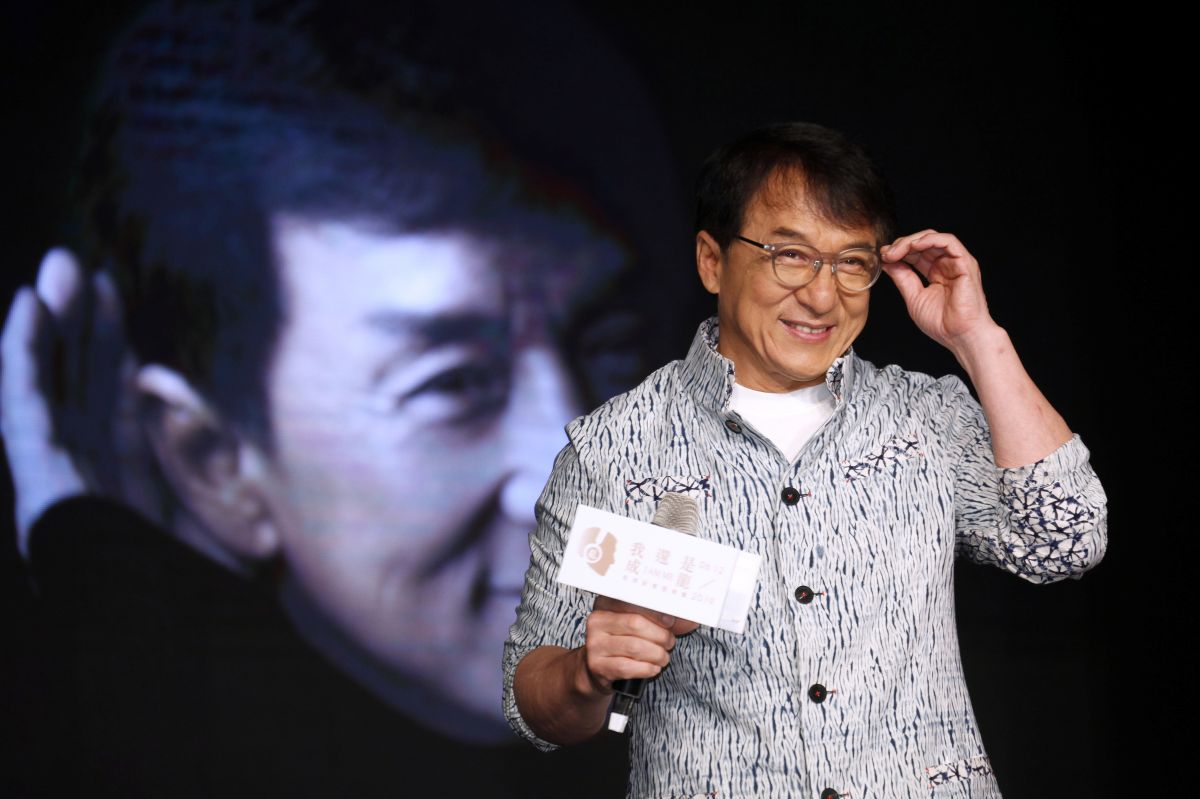 Jackie Chan Chan Kong-sang was born, which literally means “Born in Hong Kong” Chan. His mother nicknamed him Pao Pao (Chinese = Cannonball) because of the way he would roll around when he was a baby.

Chan’s parents worked for the French ambassador in Hong Kong and were poor. They gave him a chance at a better life by enrolling him in the Chinese Opera Research Institute at the age of seven, where he spent a decade training for Peking Opera. Ahe picked up martial arts and acrobatics with an entertainment focus while there.

Chan joined “Seven Little Fortunes”, an acting group of the top students in his school, where he was given the stage name of Yuen Lo.

Eventually, Chan appeared in the movie “Big and Little Wong Tin Bar” with others from “Seven Little Fortunes”. Subsequently, he went on to appear in several more movies when he was a child.

At the age of 17, Chan served as a stuntman on two Bruce Lee films: “Fist of Fury” and “Enter the Dragon”. She then landed her first adult leading role in “Little Tiger of Canton.”

In 1976, film producer Willie Chan in Hong Kong offered him a role in his movie, “Lo Weiwhich kicked off his appearance in the 1978 film, “Snake in the Eagle’s Shadow.” This was where Chan began to establish himself as a comedic kung fu actor. Eventually, he got his big break on the classic, “Drunken Master.”

In 1995, “Rumble in the Bronx” was released in the United States, starring Jackie Chan.who played an American visitor forced to protect his uncle’s market from a motorcycle gang. His performance in the film, particularly from an action and martial arts standpoint, began to earn him a cult following in the country..

Finally, in 1998, he starred alongside Chris Tucker in the hit film “rush hour”an action comedy that largely cemented his fame in Hollywood.

He practiced the arts while at the Chinese Opera Research Institute, run by Master Yu Jim Yuen. However, he eventually trained specifically in Hapkido, earning his black belt under Grandmaster Jin Pal Kim. Total, Chan has trained in Shaolin Kung-fu, Tae Kwon Do and Hapkido.

Amid some difficulty finding work as a stuntman and following some of his early commercial failures in the acting realm, Chan joined his parents in Canberra in 1976. While there, he briefly enrolled at Dickson College and worked in the construction. A construction friend named Jack took Chan under his wing, eventually earning him the nickname “Little Jack.” This was eventually shortened to “Jackie”. Thus the name Jackie Chan was born.

In 1982, Jackie Chan married the popular Taiwanese actress Lin Feng-Jiao, with whom he had a son that same year named Jaycee Chan, who is also a singer and actor.

Jackie Chan turns 68 and is away from Hollywood: Why?