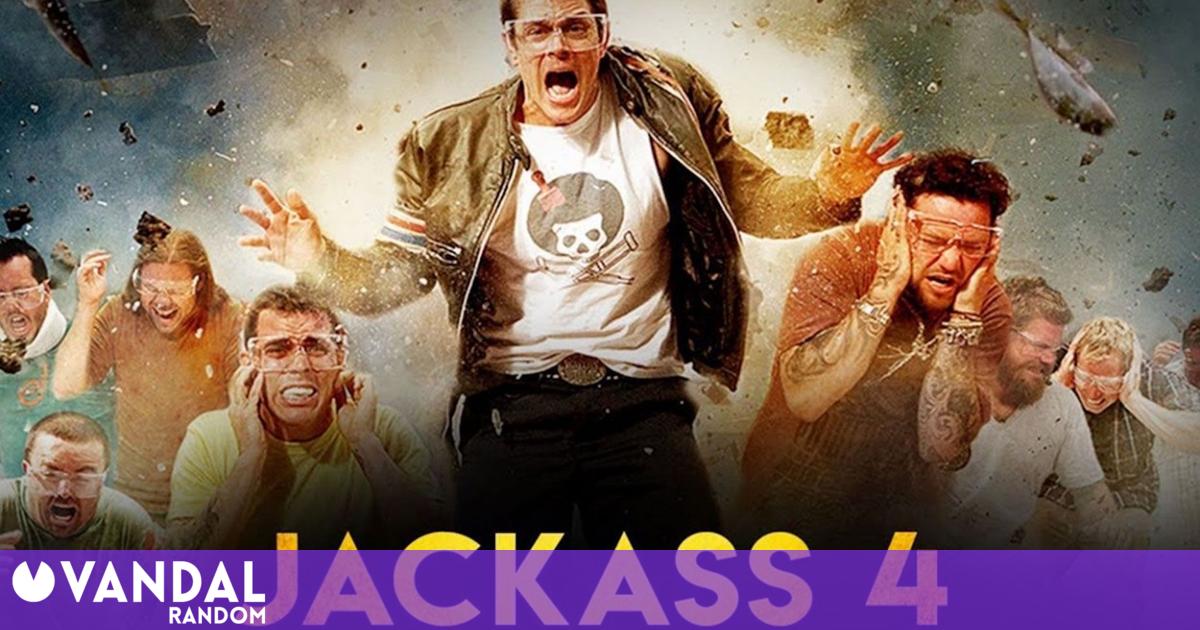 Jackass 4 is a reality. The new film from the most charismatic group of brains in cinema will arrive next October 21. The fourth installment of the saga, one of the keys to the success of the MTV and the fruit of a way of making television and cinema that is no longer distilled to this day, come back with force repeating the same formula as always. A bunch of madmen doing the most absurd and dangerous tests imaginable and playing practical jokes one after another. Johnny Knoxville and Steve-O explain to GQ What was it like to shoot a sequel more than eleven years later.

A saga with a 20-year legacy that marked a time

Jackass they premiere on MTV there for the 2000 with the support and direction of Jeff Tremaine, Johnny Knoxville and Spike Jonze, gathering around him an unusual number of film specialists, skaters, TV and movie stars and other celebrities what undergo tests of all kinds -sometimes even in bad taste-, acrobatics and jokes. The first two cinematic parts became an unsurpassed success, busting the box office and becoming a must have on video stores Y cable platforms (yes, before YouTube). Always dealing with the disgusting and the hilarious, Johnny Knoxville and Steve-O have chatted about the meaning of bringing this saga back to the fore at an age that is already playing tricks on them. “You can only take certain risks before something irreversible happens,” explained Knoxville. in the interview with GQ. “I mean, I feel like I’ve been very lucky to take a chance and keep walking.”, he qualified.

“Roll Jackass at this age it is very similar to what it always was but with two big differences “, begins by pointing to Steve-O. “The first is that our bones break much more easily and the second is that it takes less to render us completely unconscious. We need more time to wake up, “he admits with a laugh. After the first set Jackass, arrived Jackass the movie (Jeff Tremaine, 2002), Jackass 2: Still More (Jeff Tremaine, 2006) and Jackass 3D (Jeff Tremaine, 2010), and for many, they are the germ of what would end up reigning on YouTube years later: celebrities doing tests, pranks and other niceties. The fourth installment was years in the making, but it never came to fruition. Now it seems that the stars have aligned and the original team has returned wanting to say goodbye.

Now our bones break more easily and we fall unconscious much sooner.

“Honestly, I thought the ship had sailed a long time ago, and I agreed with it.”Steve-O admits. “Every movie we made was the last. And not just the last in jest, but declaring that it would be the last,” he concludes. Directed by Jeff Tremaine with Rick Kosick and Dimitry Elyashkevich, count on Johnny Knoxville, Steve-O, Chris Pontius, Jason ‘Wee Man’ Acua, Dave England, Danger Ehren McGhehey, Preston Lacy, regulars Chris Raab and Loomis Fall and cameos by Eric Andr and Shaquille O’Neal. Bam Margera was fired from the team -He skipped the contract to stay sober during filming- and at this time, he will have a restraining order from the director of the film. Publicity stunt or reality? With this group you never know.

“Bam, the two people you say have betrayed you, Knoxville and Tremaine, are the two who organized the intervention that saved my life.” Steve-O explained in a post from Instagram posted by Bam Margera. “Everyone has done the impossible for you to be in the movie and all you had to do was not be drunk. And you have kept doing it, it’s that simple”, remarked in statements collected for Cinemana.