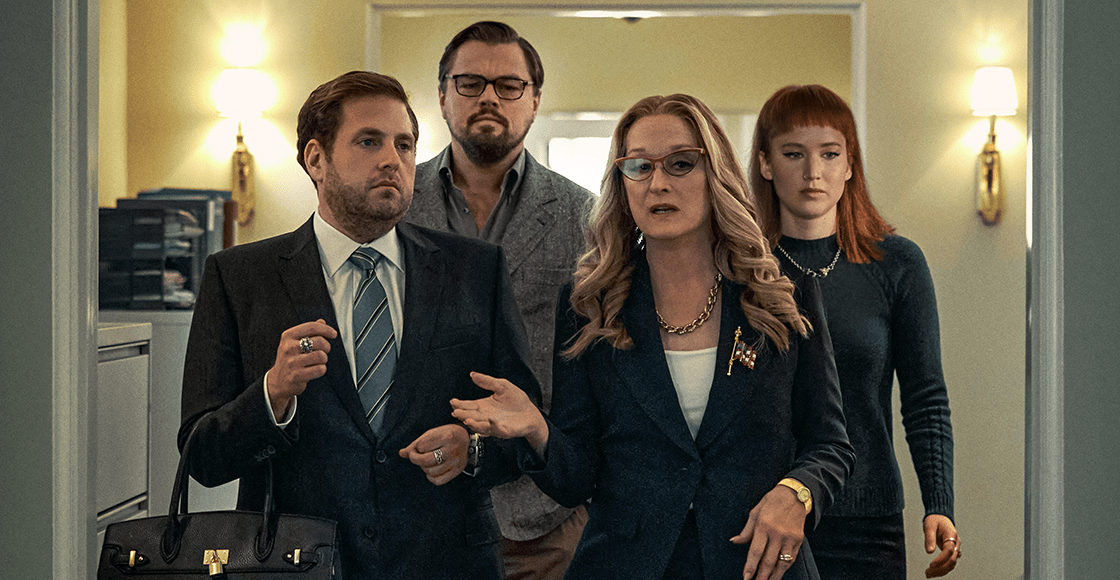 Undoubtedly, Don’t Look Up It was one of the films that closed with all of 2021. Since we found out that Netflix had this project on its doorstep, it painted to be a spectacular film, because in addition to having the direction of the incredible Adam McKay, it had a luxury cast headed by Leonardo DiCaprio, Jennifer Lawrence, Meryl Streep, Jonah Hill, Cate Blanchett, Timothée Chalamet, Ron Perlman and many more.

Even though the story and the performances are spectacular, the movie generated a lot of opinions. On the one hand, there are those who support McKay’s apocalyptic vision in a plot that despite being an obvious satire, is not very far from what we live; but there are also those who flatly did not like what he showed on this film. Although yes, there is a certain hate around which we do not agree (HERE we tell you the reasons).

Don’t Look Up ‘has a “bug” that went unnoticed

However, even though Don’t Look Up premiered a few days ago on Netflix, it seems that at least in the following weeks – and probably until the awards season is over – we will not stop talking about this movie. But this time, we want to tell you about something extremely peculiar behind this production, a detail that practically went unnoticed and that a tiktoker noticed almost with a magnifying glass.

It turns out that through a video, a TikTok user named Ben Köhler showed the huge discovery he found in the new Adam McKay tape. According to what this subject comments, when pausing the tape at 1:28:10, several members of the film crew are seen on one side of the shot, all wearing face masks. Although this strange moment lasts a few seconds and frames, and is not so easy to capture, there were those who did.

Adam McKay himself explained what happened

As expected, this detail in Don’t Look Up It quickly went viral on the video platform and many commented on how rare it was to find an editing error as such in a film so important to Netflix – apparently, it will be one of its candidates for the Oscar. However, when we thought the publisher had watered it and dropped it, The director himself came out to deny everything they were saying on the internet of things.

On his Twitter account, the very Adam McKay confirmed that this hidden scene was not a mistake on the part of the crewInstead, they decided to briefly include it in the tape for a peculiar reason: “We purposely left that team mark to commemorate the strange filming experience. “The director wrote in reference to the fact that the film was made during the pandemic, also congratulating those who noticed this.

Good eye! We left that blip of the crew in on purpose to commemorate the strange filming experience. #DontLookUp https://t.co/7W4EpkHm3V

Once the mystery of the supposed error in Don’t Look Up, We can confirm again that McKay takes care of even the smallest detail in each of his films and of course, this was no exception. For now, it only remains to wait for the awards season to begin, because surely and without fear of being wrong, we will see him together with the team and the spectacular cast he put together, dominating most of the nominations.

It was on purpose? Tiktoker finds a strange ‘bug’ in ‘Don’t Look Up’ that nobody noticed