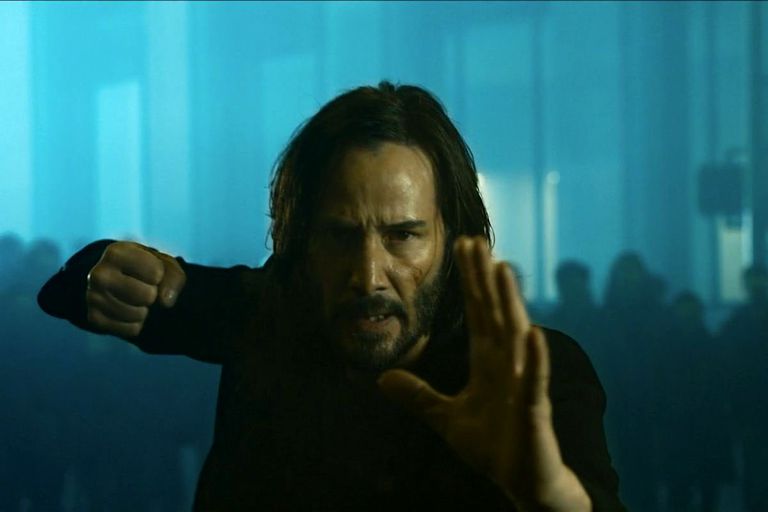 Keanu Reeves He came back and did it with everything. Several years later, the actor put on the anthological black raincoat and dark glasses again and impersonated – as if time had not passed – a more experienced Neo in The Matrix Resurrections. The fans waited for him and he delivered. The film gave a lot to talk about and, delighted, his followers celebrated the reappearance of their favorite saga. But when talking about numbers, the salary he received for his return differs from long laps and expected meetings.

Just a few months ago, the cast of Friends met for a special and the huge figure that each one took was revealed. It is worth clarifying that it was a single recording and broadcast and not a complete movie. The reunions of this style, starring stars from the ’80s and’ 90s are characterized by costing a lot of money and more taking into account the trajectory of each actor since then. But for Reeves was not like that. For a saga that knew how to raise billions during all these years, the salary of its protagonist barely differed for between two and four million dollars.

According to a report issued by Variety, the 57-year-old actor received a salary of between 12 and 14 million dollars to star The Matrix Resurrections; while for the film that started the franchise in 1999 it took about US$10.000.000. But that’s not all, in addition to the salary he will receive “a payment backend”As compensation for what the film collects around the world between cinemas and streaming platforms. Although this sum is not defined, it is expected to be around 25 million dollars.

In that sense, this payment is not something new. When they were released The Matrix Reloaded Y The Matrix Revolutions, the actor perceived close to $ 120 million extra for the same concept that applies to Resurrections.

Keanu Reeves he is recognized for his modesty. Despite charging fortunes for his films – and the royalties they leave behind – he is often seen using public transport, helping charitable causes and giving up sums of money to assist those in need. So much so that long before he consecrates himself as the actor that he is, he had accepted significantly low salaries on two films so that the production could hire other figures.

The first is The devil’s lawyer (1997) in which, although Reeves is the protagonist, it also has the presence of a Al Pacino that I already had the weight of The Godfather (1972, 1974 and 1990), Scarface (1983) Y Women perfume (1992) above. Being a difficult -and expensive- figurine, Keanu agreed to lower his salary so that they can have the figure on the team.

The same happened in The replacements (2000). Those responsible for the film wanted to have Gene Hackman in the cast and it wasn’t easy either. By then, the American already had two Oscars, two Golden Globes and two other BAFTA awards and his salary was larger than that of other figures. Again it was Reeves who spoke with the production and resigned his salary to be able to pay what Hackman asked.

But also, and according to what it reports ABC, the actor He also donated part of his income in Matrix for the special effects, costumes and post-production team. Being a saga with a lot of off-camera work, Reeves gave part of his earnings as a kind of bonus.