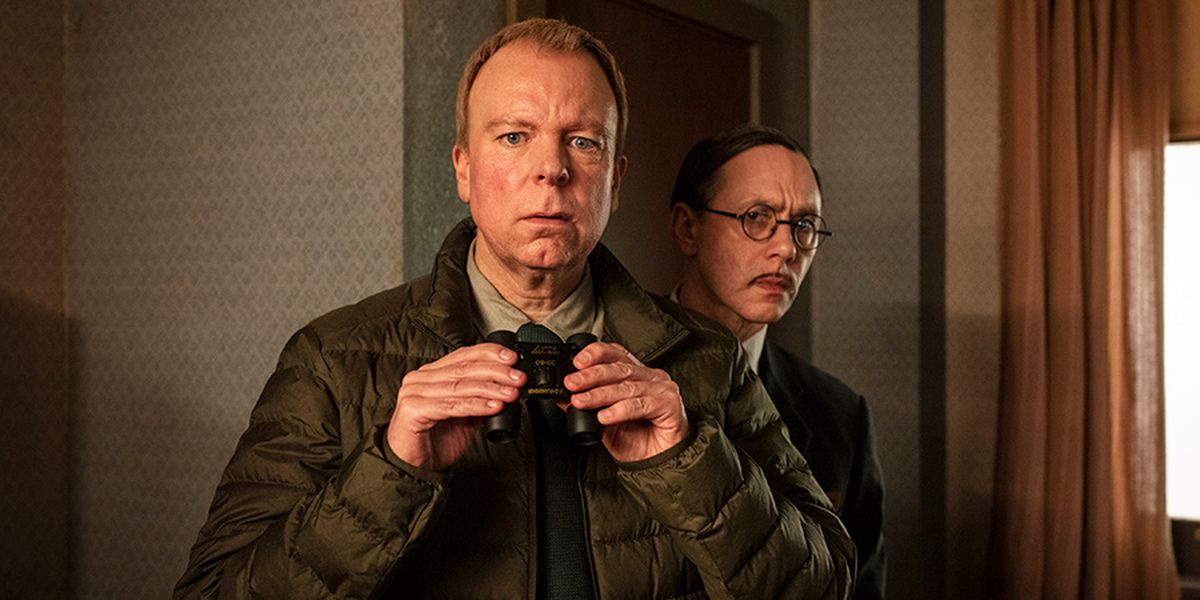 A dinner with friends that ends in knife wounds for the bill, strangers who find a body on a train, a man obsessed with a shoe on the sidewalk of his house. All these plots are united by the great mixture of horror and humor that Steve Pemberton and Reece Shearsmith inject into each chapter of Inside Nº 9. Also by the hand of Catalan filmmaker Guillem Morales, who has directed 14 of the 37 chapters that make up the anthology so far, including four (out of a total of six) of the sixth season, which opens on August 31 in of the movie.

“Inside Nº 9 it is like an oasis of creative freedom within the industry, and therefore, within the television offer ”, Morales argues in an email from London, the city where he has lived for 10 years. “Steve and Reece are two immensely talented geniuses. The series is their voice, but they are not rigid at all with their material. They always keep the door to creativity open. That spirit of authentic collaboration makes teamwork very stimulating. “

Pemberton and Shearsmith, who write and act in virtually every chapter of the anthology, began in series that mixed the comic with the grotesque as The League of Gentlemen and Psychoville. Both productions had the cast playing a variety of colorful characters, an element taken to the extreme in Inside Nº 9, with the duo changing characterizations from chapter to chapter. “Steve and Reece insist that each episode is completely different, aesthetically and especially in tone,” says the Catalan, who together with the series team received this year the Bafta award in the Best Scripted Comedy category.

Morales, who has directed the films The uncertain inhabitant (2004) Julia’s eyes (2010) points out that one of the things that gives cohesion to the series are the stories “bottled” in the same environment and a limited cast. Hence the “number nine” of the title, which could well be the address of a house, the floor of a hotel, the dressing room of a theater, a karaoke booth or a patrol car. Another great ingredient in the formula is the mixture of humor and terror, often within the same plot.

“Something very Inside, what makes the viewer have fun but at the same time feel uncomfortable is never knowing what the story is really being told until the end, that the tone of the episode can change suddenly, and that in the environment there is always a feeling of threat, ”says Morales.

The chapters that the Catalan has directed in the new season are a reflection of the versatility of the anthology: an assault with a theme of art comedy, the blackmail of a fan to the creator of his favorite saga, a man who spies on his wife with the help of a lip reader and a supernatural judgment with Derek Jacobi. “When you have someone of that level and experience you know that you are going to enjoy their enormous talent in every shot. He is in excellent physical and mental condition ”, Morales pointed out about his experience with the emblematic protagonist of I, Claudio.

A seventh season of Inside Nº 9 has already been confirmed and Pemberton and Shearsmith have commented several times their intention to end the series when they begin to repeat themselves. “I know that Steve and Reece have a notebook out there, which I have never seen, where they write down and write down all their ideas and that the intention is to do up to nine seasons, which seems logical to me because of number nine,” said the filmmaker , who does not doubt that the duo can continue three seasons with the same level of quality. “They have shown that they can continue to reinvent the show and continue to amaze the audience.”