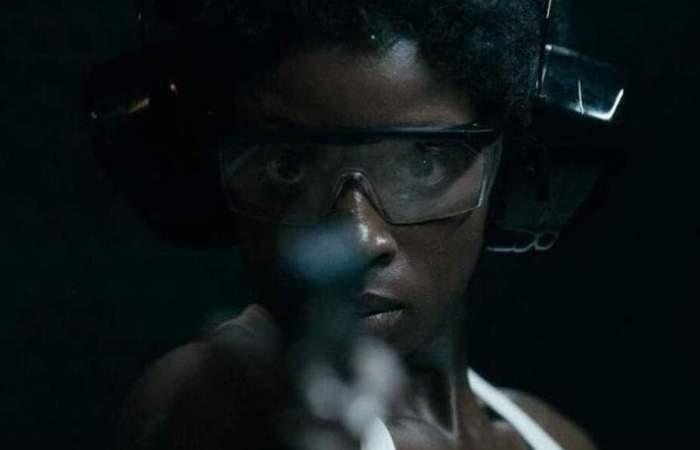 Almost an exact month from the debut of the series Dead places, a new South African title was added to the catalog of Netflix: tape I am all girls. And if in the first the suspense joined the paranormal, in the film this genre is combined with drama and reality.

As his own footage warns in the first minutes with the phrase “based on real facts”, the thriller directed by Donovan Marsh reflects on screen one of the many tragedies that women and girls experience in different corners of the world: human trafficking.

And he exposes it through a fictional story that has as its axis an event that would have happened in the city of Johannesburg in 1994, when Gert de Jager (JP du Plessis) kidnapped six girls who could never be found.

But he was captured and subjected to an interrogation that was recorded in a video that disappeared. However, at present someone has access to that recording, where De Jager admits to having kidnapped these little girls and many others, reaching more than 40.

What he also acknowledges is that he was not acting alone. Together with his partner he worked for a minister of the National Party of the time that sold to girls and teenagers to a millionaire from the Middle East, and those that were “discarded” were sent to a brothel.

From there the story focuses on a group of police officers who carry out a raid on the outskirts of Johannesburg, in search of a gang dedicated to sex trafficking. But things don’t go as expected, which leaves Jodie Snyman (Erica Wessels) very disappointed.

The two protagonists of the story

She is part of that special group and after the failed raid they take her off the case and put her in the investigation of a strange homicide. In parallel, it is also known that Jodie has a close connection with a colleague, the coroner Ntombizonke Bapai (Hlubi Mboya).

And it is they who guide the narrative, both in their role as police officers and also in the bond that Ntombizonke had with the missing girls in the 90s. Adding another revelation to the plot: behind the abductions is the important politician FJ Nolte (Deon Lotz).

In this way, little by little, she is connecting clues and characters around the trafficking of girls from South Africa to the Middle East, and a series of murders that Jodie links with someone who seeks revenge and who is closer than she imagines.

This makes I am all girls walk through the thriller as well as the drama and the most classic police, with a subtle hint of romance. In a type of narration that bets on simplicity, without great special effects or action scenes.

A characteristic that does not manage to detract from the story, keeping the public’s attention throughout its almost two hours of footage thanks to an adequate rhythm and good performances, especially those of its leading duo: Erica Wessels and Hlubi Mboya.

And that has as its main and differentiating element to bring to the screen a complicated issue, but of which awareness must be raised, such as trafficking in women. Which in this film is treated without fanfare and without falling into the morbid or explicit.

Watch I am all girls on Netflix