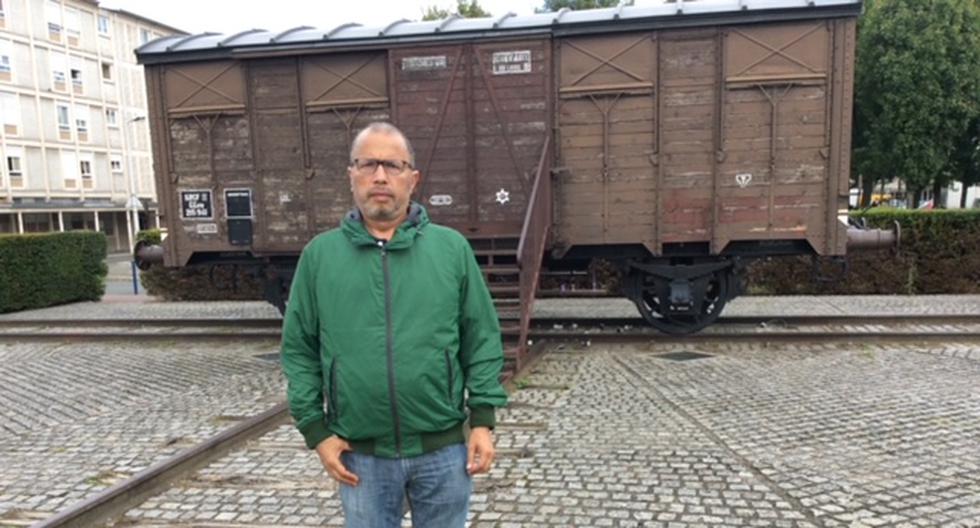 It all started with a trip to Auschwitz, and a question. In 2004, the journalist Hugo Coya, before the registry of the names of the victims of the Jewish Holocaust that can be read in the former extermination camp in Poland, now converted into a memorial, he wonders if there were Peruvians among them. And there they were, among thousands.

At that time he worked as a reporter for América Televisión and on the 60th anniversary of the end of the Second World War, to be fulfilled the following year, he proposed the topic: a report on the relatives of the Peruvian victims. His companions looked at him strangely. Few believed him. He insisted, commenting on the records displayed for visitors to the death camp. “Go looking, see if you can get it,” they replied.

What he got gave him material for much more than a Sunday news report. In 2011 he collected all his stories in the book “Final Station”, twenty destinations of Peruvians truncated in the concentration camps of Auschwitz, Bergen-Belsen, Sachsenhausen, Sobibor and Terezín. He also discovered active participants in the resistance against the Nazis, saving the lives of hundreds of people. When it was originally published, in an edition of modest 500 copies, Coya could not imagine what would soon detonate in the interest and memory of readers: that first print run was published in three weeks.

Unexpected events are added to the initial success of the book and its subsequent editions. Several schools have assumed it as a fundamental part of their reading plan. In Los Angeles, a producer reads the Book and buys the rights to adapt one of the stories: that of Magdalena Truel, a Peruvian of French descent, who fought in the French Resistance against the Nazis by falsifying documents. Captured in 1944, she was tortured to extract information from her, but they managed to extract nothing from her before being sent to the Sachsenhausen concentration camp in 1945. He died that year in Stolpe, Germany, in the so-called Death Marches, hours before the arrival of the Russian troops.

The production of the film is delayed due to the pandemic but, in the meantime, a documentary has been made about his book, a street in Cañete is named after the now famous neighbor Héctor David Levi, (a French Peruvian who fought for the army Gaul in the First World War, murdered in the Auschwitz concentration camp with the rest of his family), and shortly, on December 6, the municipality of Miraflores inaugurated a monument to the memory of Magdalena Truel, donated by the American artist Israeli Varda Yoran, a survivor of the concentration camps, in Isaac Rabín Park.

Ten years later, the book is edited by Tusquets, a volume that collects new information, corrects previous data and adds new characters, such as Isabel Zuzunaga from Arequipa, who joined the French resistance and fought against the Nazis together with her French husband and their daughters and that, in addition, he rescued a Jewish boy hiding him in his house throughout the war.

Another new case is that of José María Barreto, a Peruvian diplomat and Consul in Switzerland during the war, who ignored the shameful orders of the Ministry of Foreign Affairs issued in the Benavides government and continued in the Prado government, which prohibited the granting of visas. Jews. With this, he saved a hundred people from the death camps, children among them. Both are the only two Peruvians declared “Righteous Among the Nations”, an official distinction granted by Yad Vashem, an official Israeli institution, to whom they risked their lives to save Jews during the Holocaust.

–The book has two aspects: on the one hand, the investigation that recovers the Peruvian victims of Nazism, and on the other, it reminds us of an also disturbing story: the closeness that the Benavides and Prado governments had to Nazism, although officially Peru has declared itself neutral at the beginning of the war. It was not until the United States entered this conflagration that Peru broke with the Axis. Thus, first the Jews were mistreated, then the Japanese were persecuted. Bad role played our country …

I first began to inquire about people’s lives, but after having reconstructed their stories, I asked myself why all this had happened, what led them to decide to leave Peru for Europe when there was the possibility of a war. There I discovered that Peru was not the happy and neutral place that we are taught in schools. The situation in Peru was very difficult for those who were different, for those who were not within the official scheme. The main government officials considered that Nazism was “ordering” Germany, a country emerging from a dramatic economic crisis. And it was thought that fascism could be good for Peru. There were authorities formed in Italy, with direct ties to the fascists. That explains why many people decided to leave the country. Until today, in Peru the different is punished: a very valuable human capital leaves the country to shine abroad. We are a country that does not respect differences.

-You speak of ethnic differences, gender …

All the differences. And that causes us to lose many young people who could contribute a lot to the development of this country. Here they are neither recognized nor accepted.

–And while Peru discriminated against them, Paris was perceived as a party, France was perceived in the 20s and 30s as the country of freedom. Those who left could not imagine how the country would change, how quickly things can get worse.

France was a symbol of modernity, education, culture, refinement. It was a pole of civilization that radiated to the world. French was taught in Peruvian schools because it was considered the language of the future, there was an openness to all religions. It was the country of equality, freedom, tolerance. But there were a handful of politicians in France who, faced with the threat of the Nazi machine, decided to collaborate with Germany. And that is one of the most humiliating and terrible chapters in French history, against all its traditions. It is a chapter that is studied in the schools of France, precisely so as not to repeat that story. That is what we lack. Learning history helps us to understand the facts, to mend directions, and to be alert.

– I cannot read this book without transpolating these terrible stories with which it happens today. When one reads the anti-Jewish speeches in Congress in the 1930s, the words are almost the same as those used today when talking about Venezuelan migration.

Exactly. Xenophobia is the same. At that time the threat was the Jews: they “took control”, they were “the reason for the crisis”, those “responsible for the hoarding”, they had arrived to “take away our work”. The Jews then were a group of very poor people, a good part of them dedicated to ambulatory commerce. They came here looking for America fleeing from Europe, on terrible journeys. But the political system and the media used xenophobic discourse against them, creating a very adverse climate. Now we have a million Venezuelans whom we blame for the same evils, also generating a climate of violence. It is the same thing that Hitler did to justify his rise and stay in power. That is one of the great alerts that I hope I have formulated with my book. Xenophobia will always be a distorting and destructive element for the development of our country.

– Having forgotten the characters that you recover in your book, do you think that we are still that country?

It is that we do not forget them. We didn’t even know them. And we don’t put the spotlight on them because we’re embarrassed. I remember the discussion I had with several Peruvian diplomats about the existence of the document where the order was to prohibit the granting of visas to Jews. Why doesn’t Peru have a Jewish colony as large as it exists in other Latin American countries? Simply because during the Benavides and Prado regime it was ordered to prohibit their entry. And what happened? That many of them, with relatives here and with every right to have a visa, did not manage to leave Europe. And many died on the way. I spent weeks looking for that document at the chancery. They just told me it didn’t exist.

“And where did you find it?”

When Peru broke relations with Germany and the Axis nations, Switzerland assumed the representation of Peruvian interests in Germany. The Swiss, who are specially ordained, received all the documentation and instructions given by the Foreign Ministry. And the Swiss chancellery kept the copy of that document. Thanks to an effort that I made through León Trahtemberg, we were able to verify that this document really existed, which the Foreign Ministry now recognizes. It is a chapter in our history that has not been properly told and on which I wanted to emphasize.

– Should the country publicly apologize for it?

That should happen. In this story, the role of Peru has been deplorable. Peru should reflect on this. This book invites you to reflect, to reassess yourself so as not to repeat the mistakes of the past. Hopefully that happens. But unfortunately, although some writings have come out, there have been no official statements.

The face-to-face presentation of the book “Final Station” by Hugo Coya will take place at the Bicentennial Fair, at Kennedy Park in Miraflores, on Saturday, November 20 at 7 pm. Admission is free. 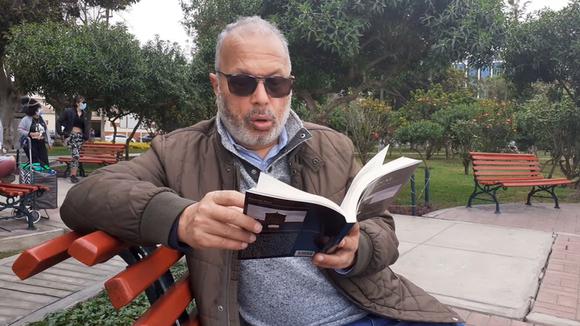 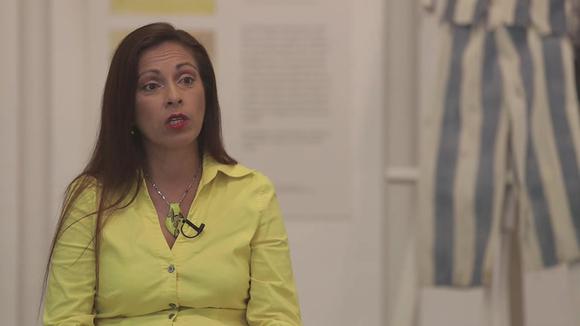