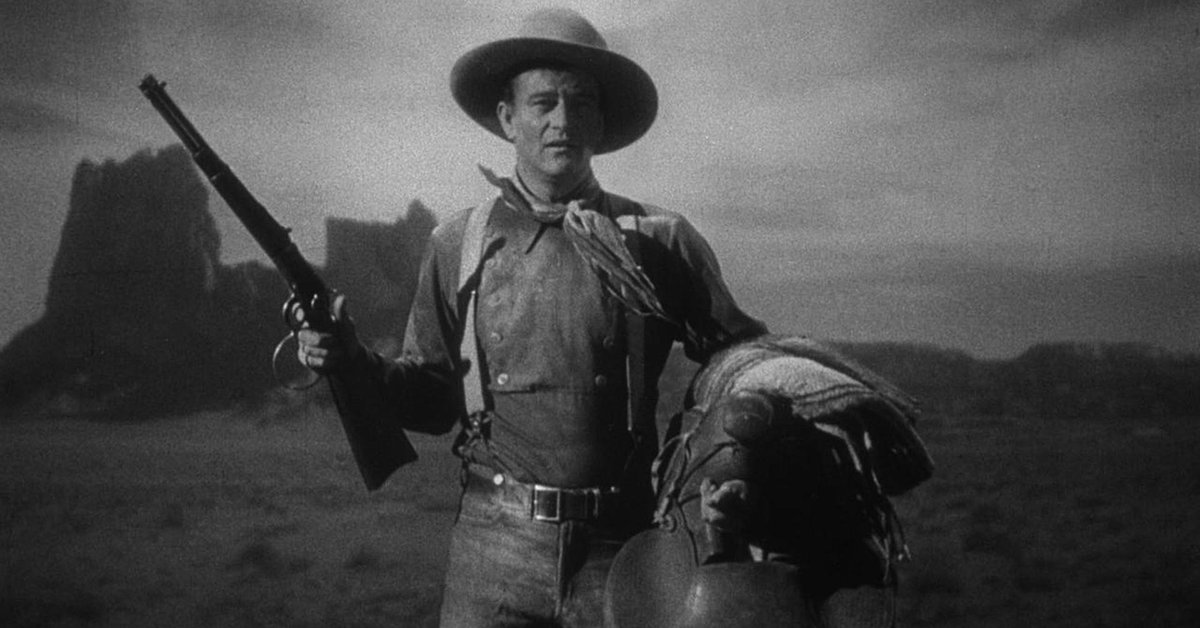 Cinema western or the Old West is a symbol of identity for American cinematography. Films about cowboy stories and their conflicts became cult. One of its greatest representatives was John Wayne, who when visiting Durango fell in love: deciding to buy a ranch where he recorded some of his iconic films. Now, the space is unraveling into oblivion.

Durango, in northern Mexico, is characterized by an arid climate and dry winds. It stretches between mountains, land, and more rock formations. Although the directors of western Americans had several locations in their country, as in Nevada, the versatility that the Mexican state gave was unsurpassed.

Marion Robert Morrison, renamed in the world of world cinematography as John Wayne, fell in love upon meeting Durango. Not only did he see it as a recording space, but he also felt a connection with the landscapes and the people around him. Impressed by what he observed, he bought a location and named it, with a spelling error then corrected, such as The jewel.

During his infatuation with Mexican lands, John Wayne, both as an actor and as a director, had Durango at the center of his filmography between the 60s and 70s. The prolific actor, who is thought to have participated in more than 150 films, premiered titles such as: Katie Elder’s four children (1965), Giant fight (1967) and Giant among men (1971).

The presence of an imminence for American cinema like John Wayne, caused more production companies to be seduced by Durango. In addition to The jewel there are other locations like Name of God, Paseo del Viejo Oeste, San Vicente Chupaderos, between more.

The figure of John Wayne and the western It is one of the proudest medals for the people of Durango, who still claim to be part of world cinematography. Even when John Wayne did not return, Durango remained a center for film. Tapes like Caveman (1981), starring Ringo Starr, The Mask of Zorro (1998) and the controversial Dragon Ball: Evolution (2009) were filmed on Mexican soil.

John Wayne, nicknamed The Duke, He died on June 11, 1979 at the age of 72. The reason for his death was a malignant stomach cancer. Wayne not only made Old West movies, he explored different facets. Among his post-cowboy movie tapes was The conqueror of Mongolia: remembered as the cursed film that caused dozens of deaths, including that of Pedro Armendáriz, a Mexican actor.

The conqueror of Mongolia It was filmed in Utah, United States. The country was recovering from the Cold War, a non-active conflict against the Union of Soviet Socialist Republics. The same recording space had nuclear weapons tested, leaving high levels of radiation. Despite the situation, they finished the recording.

An estimated 91 people involved in the production, among the film crew as talents, died in subsequent years. Among them, John Wayne and Pedro Armendariz, who committed suicide when the diagnosis was not favorable for him.

After the first half of the 70s, John Wayne did not return to Durango, as he was in another facet of his career. This culminated fatally at Ronald Reagan Hospital in Los Angeles, California in 1979. The jewel, then, the state of Durango and its rightful owners were left adrift. However, despite being a major tourist attraction, Wayne’s Ranch has not had any good luck.

In 2018, a possible failure in a gas installation caused a fire in The jewel. The fatal result of the accident was the affectation of at least 12 facades of film sets. Now the ranch, which was also the home of the actor and director for a period, looks deplorable. The destruction of the fire was not fully repaired.

The last owners of the ranch are not distant relatives of John Wayne. In fact, the son of the actor was not interested in the cinema, in addition to being enlightened with other properties of John Wayne. The jewel a period passed without a name, until Antonio Cigarroa, who met and worked as a space caretaker directly with Wayne, filed a claim for non-payments after the actor’s death. Since then, the Cigarroa family has owned the John Wayne land.

Although the location is private, John Wayne’s ranch is partially open to the public. This closeness of Wayne with the Mexicans allowed the Durango government to intervene after the death of the prodigy creator of the western. Even with such efforts, The jewel far from being at its best.

Controversial, tough and with a tumultuous private life: John Wayne, the last great American hero
The cursed film of Pedro Armendariz with John Wayne and the suspicious relationship with his suicide
How was the filming of “the cursed movie” that killed John Wayne