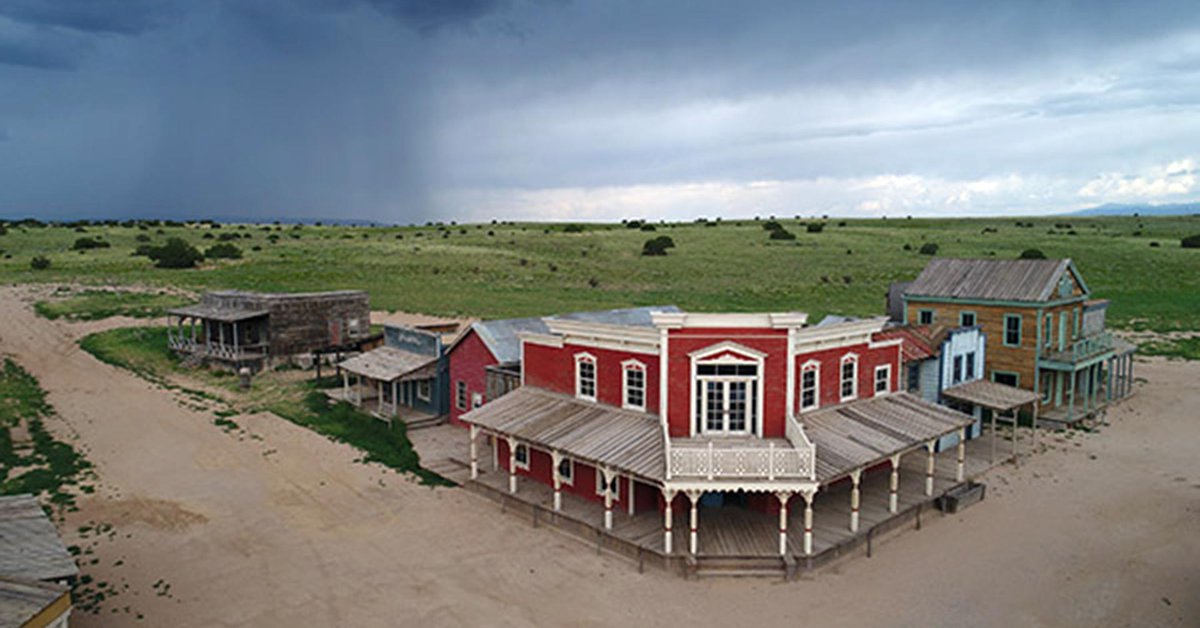 The ranch Bonanza Creek was the scene this Thursday of an unexpected tragedy, when the actor Alec Baldwin fired a prop gun that ended the life of cinematographer Halyna Hutchins and wounded director Joel Souza, both members of the film set Rust.

The Ranch is a filming set located in the northern New Mexico, USA. It stretches throughout several thousand acres and features more than two ponds, a movie town, and two sets of houses. There they filmed more than 130 movies, as well as videos, advertisements, and catalogs. The ranch is also available for private parties, corporate retreats, and student visits.

A moment from filming a movie at Bonanza Creek Ranch

The place was originally born under the name of Rancho Jarrett, when Hollywood began to take an interest in the place. The first movie to be shot there was Laramie’s man, in 1955, starring Jimmy Stewart. The story goes that Louie Clifford, a former chauffeur for Canadian actress Mary Pickford, had started a taxi company in Albuquerque while maintaining his connections in Hollywood. It was Louie who brought the producers of the film industry to the ranch. They immediately saw a breathtaking landscape that had undoubtedly captivated miners and settlers alike throughout the centuries.

More than 130 films were filmed there

Considered one of the most important locations in the western United States, the ranch offers a wide variety of filming opportunities. With an unobstructed 360-degree view, five sets – including a 24-building town – and a location just minutes south of Santa Fe, New Mexico, it is one of the most popular venues for audiovisual productions.

Among the most recent films filmed there are Cowboys and Aliens, Appaloosa, Wild Hogs, 3:10 to Yuma and Kid Nation. Further back in time are blockbusters like Silverado, Lonesome Dove, Lighting Jack and The Cowboys.

The scenery has been widely used in countless films

In 1989, an Italian grower offered to build a stylish western town on the ranch. Daisy Town, as the new set was called, it was made for the European TV series Lucky Luke, starring Terence Hill. The city was built around a two-story Victorian house that had been built for the film Silverado in 1984. This house, which was also used in Lonesome Dove, was modified to become a merchant.

Lucky Luke was shot for several years, and in 1994 Terence Hill returned with an Italian-German co-production, The n / Fight Before Christmas. A large ranch set was built next to a pond, and both this and the West Village set have been popular filming locations ever since.

Glenn Hughes, owner of the Bonanza Creek Ranch, comes from a long line of New Mexico ranchers. His father and grandfather owned the ranch Forked Lightning, near Pecos, years before it was sold to Greer Garson and her husband Buddy Fogelson in the 1940s.

How the incident investigation continues

Police authorities reported that no charges have been filed for the incident, while an investigation was opened, with witnesses who are being interviewed by detectives.

The ranch offers places to roll and rest

“According to the researchers It appears that the scene being filmed contemplated the use of a prop pistol when it was fired. Detectives are investigating how and what type of projectile was fired, ”adds the text.

“Production has been discontinued for now. The safety of our cast and crew is our highest priority ”, reported by Baldwin’s team -co-producer of the film-, quoted by the television station KOB.