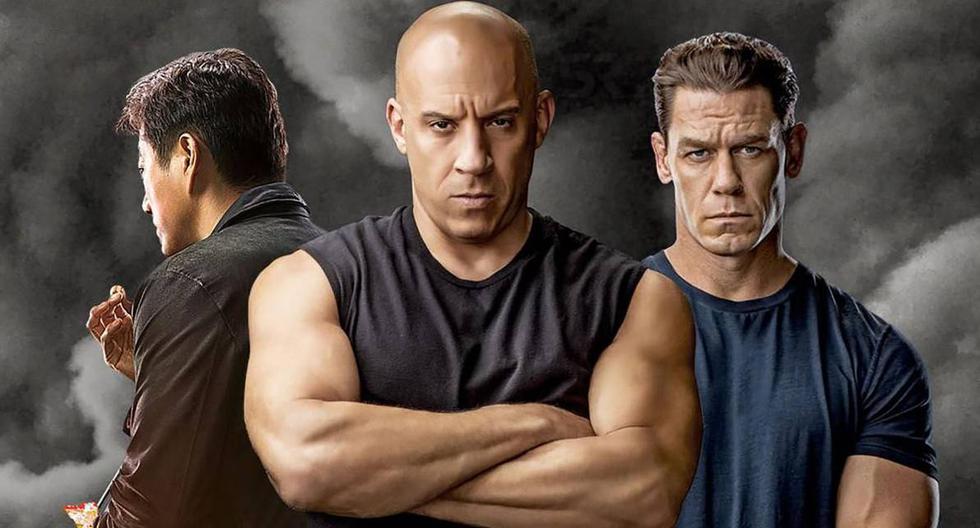 “Fast and furious 9”, released in May 2021, has become one of the highest grossing films of the year. After several rescheduling due to the COVID-19 pandemic, F9 hit the big screen to bring us back Dominic Toretto, Letty, Mia, Roman, Tej, Ramsey and Han, with new adventures and lots of adrenaline behind the wheel.

MORE INFORMATION: When the tenth film of “Fast and Furious” is released

The penultimate movie of the main saga has put Dom back at the center of the story, as he faces an enemy, who has the help of a family member: Jakob Toretto (John Cena). In addition, the film has shown us the unexpected return of Han (Sung Kang), who is part of the Toretto family.

The success of F9 it has been reflected in their figures. During its first weekend in theaters in the United States, the film managed to raise 70 million dollars, a figure that was not seen before the confinement by the coronavirus. Globally, the film has already racked up $ 405 million. Fans of the saga will not only be able to enjoy the film, they will also be able to see the extended cut of the director of “Fast and furious 9”. Here are all the details.

MORE INFORMATION: What will “Fast and Furious 10” bring?

WHAT IS THE EXTENDED CUTTING OF “FAST AND FURIOUS 9” LIKE?

“Fast and Furious 9” is 143 minutes long. Following its release in theaters around the world in May 2021, it was announced that a longer version of the film directed by Justin Lin is being released.

F9’s theatrical release will be one of these along with a longer seven-minute cut called “F9: The Director’s Cut.” It will also come with over an hour of bonus material.

According to Collider, the extended cut will show “a deeper sibling rivalry between Dom and Jakob, more of Dom’s evolution as a father, a never-before-seen flashback with some of the franchise’s most beloved characters.”

In addition, it will feature: “extended sequences with Tej and Roman, an additional appearance by Cardi B and an expanded action climax with the infamous Armadillo tank,” according to the source.

It should be noted that Universal Pictures has set April 7, 2023 for the premiere of “Fast & Furious 10,” according to Entertainment Weekly. As a continuation of “Fast & Furious 9”, the film will become the penultimate installment of the franchise.

“Fast & Furious 10” will be directed by the regular of the franchise Justin Lin, who also directed Fast 9. It is expected to see return to the main stars of the saga led by Vin Diesel, who has also served as producer of the series. since 2009’s Fast & Furious.

“Fast and Furious 9” was released to the big screen on May 19, 20 and 21 in countries such as Hong Kong, Korea, Saudi Arabia, United Arab Emirates, Egypt, China, among others. While in the United States it premiered on June 25.

“The Fast and the Furious”, which has always had its great ally in the Chinese market, is the first Hollywood film to surpass the US $ 100 million barrier on the first opening weekend since “Avengers: Endgame” (April 2019).