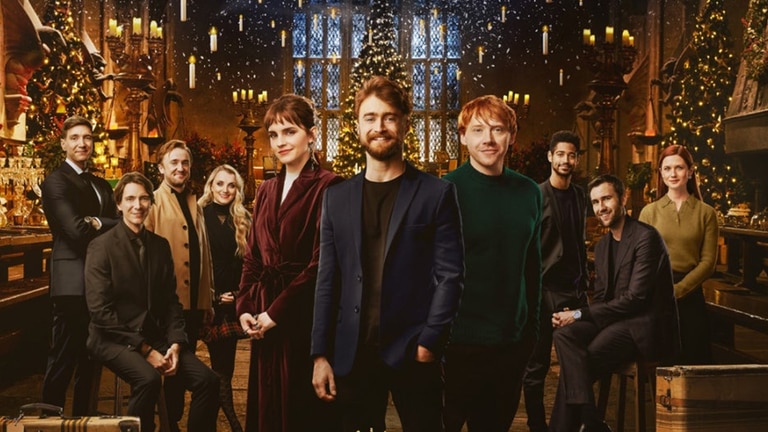 It seems that in time of streaming and platform war, nostalgia is business: after the event of the meeting of the cast of Friends, now HBO Max sets foot in the new year with Harry Potter 20th Anniversary: ​​Return to Hogwarts, a special that brings together the main cast of the franchise and that traces the history of one of the most successful film sagas in history.

From the hand of a lavish production that recovers many of the real settings created for the saga of the adventures of the young magician, the documentary of just over an hour and a half will undoubtedly move more than a generation although it does not present major revelations and has a great absent: the creator of this entire universe, the writer JK Rowling, wrapped in controversy and accusations of transphobia.

Structured in four parts, in each of which a couple of films are analyzed, Return to hogwarts It begins with the same cinematic tone of the first film: with the arrival of a mysterious invitation that summons them to attend platform nine and three-quarters, where their transport to Hogwarts School of Witchcraft and Wizardry awaits them.

In the first minutes you can already see Emma watson, who has a prominent role in the special and is indicated by all her classmates as the one who already showed as a child that she would be a great actress; to Robbie Coltrane, who played Rubeus Hagrid and who will end up confessing that he saw more actors than his own children, since Matthew Lewis, the bucolic Neville Longbottom, who grew up to become a heartthrob.

There are plenty of familiar faces from the cast to be seen throughout the special, with the only notable absence being Robert pattinson, but also many names behind the camera, like directors Chris Columbus, Alfonso Cuarón, Mike Newell and David Yates. But the presence that is most felt in the documentary is that of Rowling, who seems to have rejected the invitation to participate after being in the eye of the storm.

Rowling appears on camera three times but from footage recorded a few years ago. Y Return to hogwarts He makes it clear with an onscreen clarification. The writer’s ideas about gender divide the fans of the saga and also the interpreters: Watson, for example, never spoke directly about the matter but made it clear on more than one occasion that she is a defender of the rights of trans people. , far from the biologicism that the author of the books maintains.

Rowling’s absence does not, however, prevent excitement from overwhelming anyone who watches the special: Watson, Daniel Radcliffe and Rupert Grint’s meeting is moving, as well as interactions with other cast members such as Helena Bonham Carter, Gary Oldman, Ralph Fiennes, and Jason Isaacs.

“This feels like a dream: it’s like no time has passed but, at the same time, I had kidney stones and a daughter! Time has passed! ”, Laughs Grint, who everyone remembers as the perfect incarnation of Ron.

Radcliffe, for his part, acknowledges that when he was finishing the last films, he could no longer distinguish between himself and Potter. For the lead trio it was about a decade playing the same characters as they grew up and trying to understand who they were and who they should be.

The special dedicates a segment to a critical moment for Watson, of which much was rumored but that had never been touched in depth: when the actress thought about leaving the franchise in 2007, tired of the pressure of fame and feeling lonely in the film sets. According to her testimony, it was the passion of the fans that convinced her to keep working.

A) Yes, Return to hogwarts it also tries to show some of the shadows of this unprecedented cinematographic experience that Watson describes as a kind of Stanislavsky method that lasted ten years: the actors and actresses grew up working and with their characters, going from childhood to youth in front of a camera.

“At one point the set was a place like a lot of hormones going around. I suppose it was the same thing that would happen in a school classroom, but here I would spend filming, “said Lewis. Tom Felton, who played Draco Malfoy, recalled the love story he lived with Watson although both assured that “nothing romantic ever happened” although they were in love. Those moments will surely be the cause of much discussion in networks and fan forums, as well as an emotional moment in which all the interpreters who died in these 20 years were remembered, especially Richard Harris, Alan Rickman y Helen McCrory.

With much more production and care than the reunion of Friends, back to hogwarts fulfills its objective of paying homage to a saga relevant to the history of cinema, although it leaves us wanting to see all the actors and directors together in the same scene, something that may happen in ten years.

How is Return to Hogwarts, the emotional reunion of the stars of the Harry Potter saga