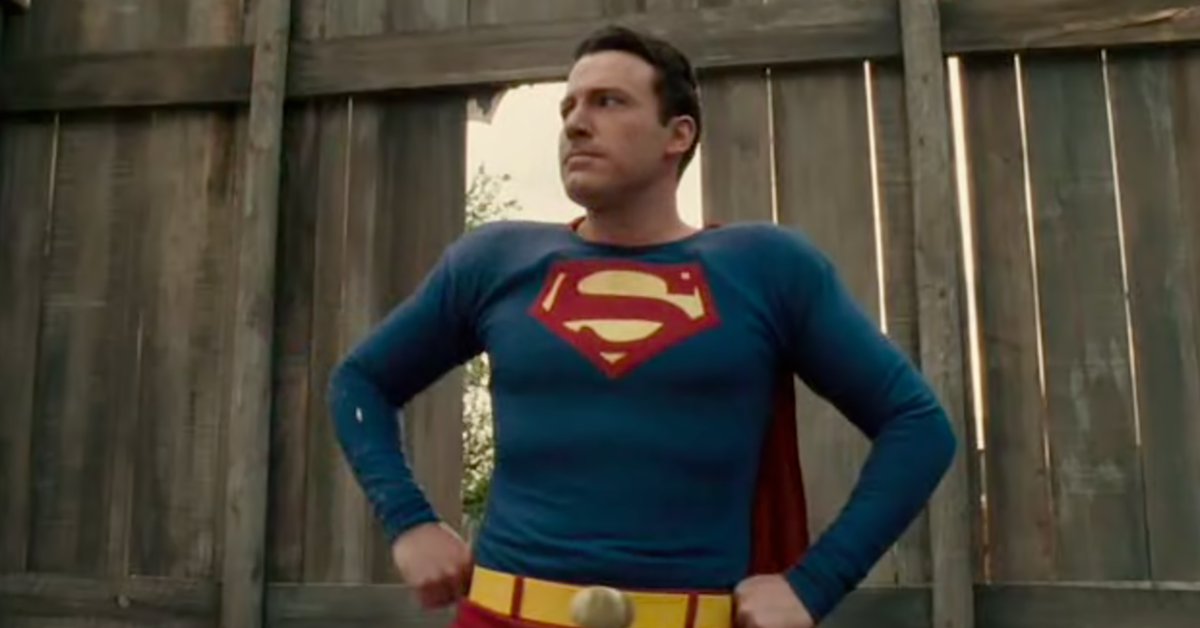 Today movie celebrities enjoy a new success starring in television series. But In the 1950s, going from the big screen to the girl was considered a failure by almost everyone in Hollywood. Television was where actors who had failed to sustain their star status over the years ended their careers. Hollywoodland (2006) is a feature film that tells the story of one of those cases, that of the actor George reeves, world famous for being the first Superman of the small screen and for a long time the one most associated with the character, until in 1978 the film starring Christopher reeve.

Today, for many, playing a superhero is a passport to fame and success, but while we currently live in the reign of these characters, decades ago they were considered material for a children’s audience and their stories were minor products that were limited to comics. and cartoons. Some low-budget serial was the best you could hope for to portray it on screen. Unimaginable that they became a movie, that, oddly enough, was too big for superheroes. It was in those years that George Reeves received the proposal to star in the series Superman And, as the movie shows, it seemed like a bad idea. Still, he saw a job opportunity while other film projects flourished.

Although in very small roles, Reeves appeared in two Oscar-winning films: gone With the Wind (1939) and From here to eternity (1953). On Hollywoodland It shows how his fame, when playing Superman, was erasing all his opportunities to be taken in series in other projects. That was perhaps what triggered its tragic end. Reeves was found dead, shot to the head, in his own room on June 16, 1959, just 45 years old. Thus the life of the actor ended prematurely. Although it seemed a suicide, several theories about his death were woven, which are detailed in the film.

Presentation of the Superman series in Spanish (black and white)

Who carries out the plot is a detective, Louis Simo, played by the Oscar-winning actor Adrien brody. He investigates how George Reeves, played here by Ben affleck, got to that point. The question the movie asks is: Did he commit suicide or was he killed? Meanwhile walk the path between success and frustration that the actor had. Reeves not only wanted to act, he also wanted to produce and direct, but his ambitions collided with his own success on television. His personal life was not entirely orderly either, which generated extra anguish and conflicts with some powerful filmmakers. The perfect hero for all the children in the world, he could barely deal with his own problems.

The film shows how the six seasons evolved, half in color, that the series had The Adventures of Superman. It was not common for these products to be made in color in the 1950s, which clearly shows that this was a huge success. Also portrayed are the sense of humor and good companionship on film sets that characterized Reeves. There are not many films that describe so well the tension between cinema and television of those years. Besides a good film noir, Hollywoodland is a great period portrait.

Presentation of the Superman series in Spanish (Color)

Ben Affleck is the ideal actor for the role. His well-known melancholy in the face of the weak points of his career marks that he understands the character. Although Affleck has been very successful in film, not only as an actor, but also as a screenwriter, producer and director, receiving a large number of awards in these last three areas. And it also had a bittersweet flavor in his career when his projects as a superhero did not turn out as he had dreamed them. Neither his Daredevil nor his Batman were all the rage, although the latter had a rematch in 2021 when a new cut of The Justice League.

Hollywoodland manages to portray the lights and shadows of Hollywood at that time and from any other era. The idea that being a star can be a blessing and a curse at the same time. There is no better example of this than the story of George Reeves. The first Superman on the screen, the first face associated with the great character, ended in a tragic way and this film portrays him. In its own way, it is also a tribute, because many generations admired it and still did not know about the actor’s suffering away from the cameras. His performance as Superman left an indelible mark on the history of world popular culture.

He was prevented from being Superman, lost millions of dollars on whims and died of fear in Dracula’s castle: the eccentric life of Nicolas Cage
Dana and Christopher Reeve: Superman doesn’t exist, but unconditional love does