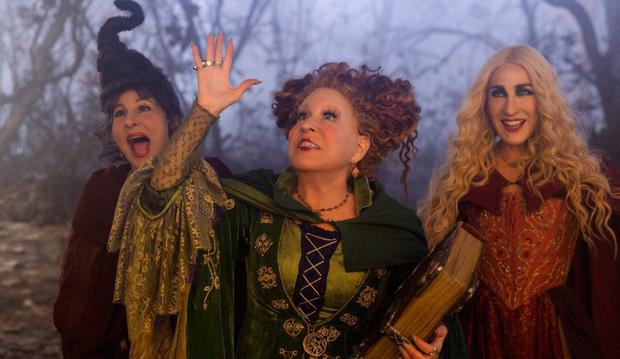 the sanderson sisters they returned to Salem in “Hocus Pocus 2″ and the film delivers a outcome different from the original for its protagonists. The Disney Plus movie sequel brings back sisters Winifred (Bette Midler), Sarah (Sarah Jessica Parker) and Mary (Kathy Najimy) after Becca (Whitney Peak) and Izzy (Belissa Escobedo) turned on a new black flame candle.

In “Hocus Pocus 2″the Sanderson sisters not only want to absorb the youth of the children of Salem, but also unleash a spell known as Magicae Maxima, which makes the person doing it almighty. Winifred’s spellbook goes to great lengths to prevent that from happening for good reason: whoever casts the spell must sacrifice what he holds most dear. Winifred finds out about it late and has to make her other sisters, Sarah and Mary, disappear.

With the help of their friend Cassie (Lilia Buckingham), Becca and Izzy use the book to cast a spell to reunite Winifred with Sarah and Mary, causing the three Sanderson sisters to go wherever they want. Magicae Maxima want. With the sisters gone, Becca, Izzy, and Cassie form a new coven of witches. Still, the ending of “Hocus Pocus 2” raises the question of whether it really is the last Salem has seen of the three Sandersons.

WHAT HAPPENED TO THE SANDERSON SISTERS AT THE END OF “HOCUS POCUS 2″?

After what Winifred, Sarah and Mary literally wound up in the dust in the first “Hocus Pocus” movie, the sequel shows that there is little standing in the way of the lead sisters’ resurrection. The post-credits scene “Hocus Pocus 2″ shows another black flame candle, so all that is needed for the witches to return is for it to be lit. But does that really make sense?

For all their villainy in the two Disney movies, the Sanderson sisters have a heart, especially Winifred. By showing her deciding that losing her sisters is too high a price to pay for the Magicae Maxima, it could suggest that “Hocus Pocus 2″ is actually the end for all three leads.

With Winifred happy to be with Sarah and Mary, the Sanderson sisters’ motivation to come back to haunt Salem might finally wear off.

On the other hand, Winifred’s decision was the only immediate option for her to get back together with Sarah and Mary, so it’s possible that the three of them didn’t really get over the issues. ‘Hocus Pocus 2’ ending leaves Salem with a new trio of witches ready to use the book’s spells more benevolently, and a return of the sisters might give them a fresh start. In fact, the end leave the door open for them to revive againe for at least one more spooky Halloween night.

WHAT HAPPENED AT THE END OF “HOCUS POCUS 2″?

During the ritual, the candle Gilbert gave them is unexpectedly lit. The two young women try to turn it off without success, so they hide while the Sanderson sisters appear. and perform one of their classic musical numbers. To avoid death, Izzy and Becca make them believe that they are also witches and assure them that they no longer need to kill children because youth potions are now sold at the pharmacy.

Of course, the protagonists of “Hocus Pocus 2″ soon realize the deception, but the students manage to escape using a little salt. To chase them, Winnie finds a classic broom, while her sisters are forced to resort to similar objects to be able to fly. Sarah gets a mop and Mary gets two robot vacuums. MORE INFORMATION HERE.

“Hocus Pocus 2”: what happened in the end with the Sanderson sisters