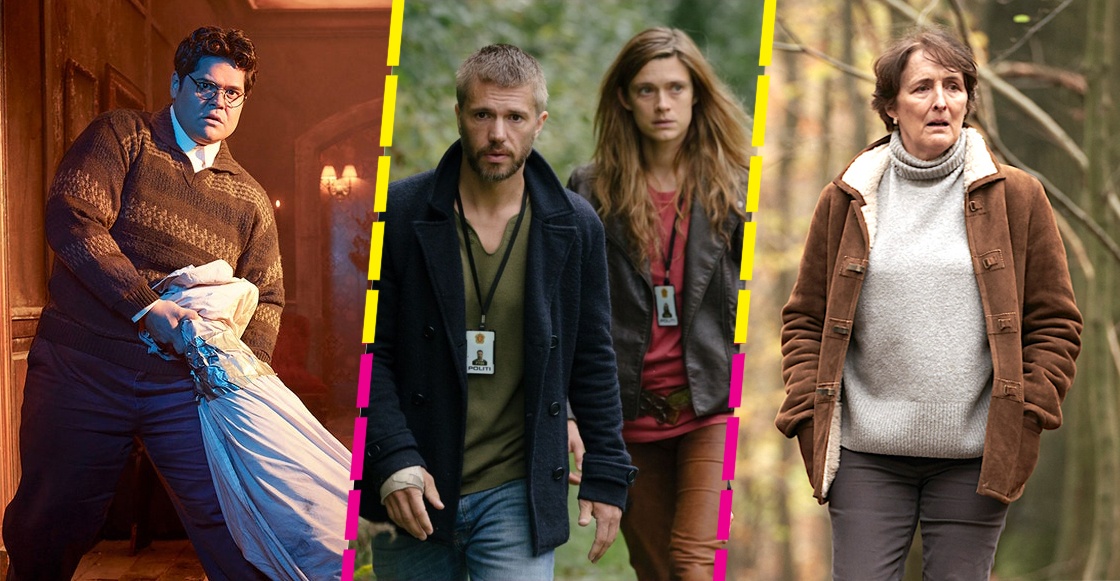 Does anyone feel like a series marathon? If that is your case, then you are on the right note, because here we put together a list of five series, all available on streaming platforms, so that you have a good list of pending. Among them we put several crime dramas, but all with a 180 degree turn towards science fiction, satire and comedy.

Also if you are vampire lovers, we have a series that was born from the mind of Taika Waititi (if they saw Reservoir Dogs, they know there is no fault). over there there a couple of Nordic productions and even some documentary series for those interested in science. Here we leave you the titles of the series, where to watch them and why you should spend your time here. While HERE We leave you the best we saw in 2021.

Imagen de ‘What We Do in the Shadows’ / Foto: FX

You can also read: THE ‘INTANGIBLE SLUDGE’: WHY DO THE SERIES AND MOVIES NOW SEE DARKER?

Beforeigners it’s a norwegian series which at first glance, looks like any other police drama. However, from its first episode it surprises us with its premise: people from centuries or millennia past, begin to arrive at the present time. Flashes of light appear in the water and suddenly people who traveled from the past to the present appear.

Nobody knows why this happens, but after a few years of witnessing the phenomenon, and seeing how vikings, founding kings and more trying to adapt to the present (or forcing society to acknowledge ancient ways)is where the problems begin. Beforeigners, in its two seasons, presents us with various problems that range from the sexual trafficking of “travelers”, to the arrival of dark characters from the past such as Jack the Ripper.

In its second season of 2021 (the first is from 2019), the stakes are raised when we recognize that some people managed to travel from the present to the past and vice versa, turning the series into a science fiction story. The dynamic between the two protagonists makes Beforeigners a fun series.

Anxious People is a comedy and satire, also a policewoman, who never ends up being what she seems. Here we meet two policemen from a small town in Sweden. father and son live together, and is waiting for his daughter and sister to recover from their drug addiction and return home. So on Christmas Eve, while arguing about her absence, it happens a robbery of a bank… that has no cash.

A hooded man enters a bank, and when he leaves, both police officers try to capture him, but all they do is hides in a building where he takes a group of people hostage that they were going to see an apartment for sale/rent. Both Jim and Jack think they can handle the situation, but it soon gets out of hand and they fight over “who’s the worse cop.”

What we see in Anxious People from Netflix is the investigation into the assault, the kidnapping, and the events within the apartment that each of the hostages seem to describe in ridiculous and absurd ways. At the same time, they give us the chance to see the family drama between the protagonists, which achieves a very interesting balance with the tone of the comedy.

What We Do in the Shadows

Vampires in the modern age. That premise is not new and in recent years we have seen a boom in productions related to these beings that sometimes break between tones of comedy, romance and even adolescents (where there is a bit of both in an involuntary way). But what it does What We Do in the Shadows and that is even innovative, is the absurdity between one and the other.

What We Do in the Shadows is based on the 2014 movie of the same name courtesy of the great Taika Waititi with Jemaine Clement. This three-season series introduces us to four vampires who have been roommates for centuries. Many years ago they came from Europe to Staten Island with the mission of conquering that part of the world and the vampires can assume their power.

But all they have been doing is nonsense. Laszlo and Nadja have a very passionate relationship with Nandor, who manages to survive the world thanks to his assistant Guillermo De La Cruz., who has been with his master for 10 years, waiting for him to turn him into a vampire. Colin is a vampire who absorbs energy from everyone, including other vampires. What We Do in the Shadows it’s ridiculously funny.

Cosmos: Possible Worlds is a National Geographic documentary series Directed by Neil deGrasse Tyson and executive produced by Seth MacFarlane. This series of thirteen episodes places us in a cosmic calendar to explain how we got to where we are.

Neil tells us some theories about the origin of the universe, the way in which the Earth was taking shape, until reaching the peak moment: lThe history of humanity, which takes us 200 thousand years into the past while revealing the oldest vestiges of human culture. Here we also talk about the use of ocher, the first piece of art in history, the first crops, trade…

From this route, it is that they increase the possibilities of human beings to discover where they are, what they are doing here, if they are part of something bigger, and what awaits us. Cosmos: Possible Worlds It shows us animated scenarios as we watch the scientist travel through time and space.

In 2014 it premiered The Missing, a two-season British series centered on the disappearance, at the beginning of the millennium, of two children. Both cases were in different years, but they were handled by the same person, detective Julien Baptist who manages to solve both cases while discovering a series of crimes around him.

For 2019, Julien Baptiste, with actor Tchéky Karyo, returned with his solo series titled Baptiste to show us a detective who in theory should retire, but is related to a crime that he must solve. But now, the protagonist moves to Amsterdam to face the Romanian mafia.

Hidden gems: 5 streaming series for you to build your marathon in the week