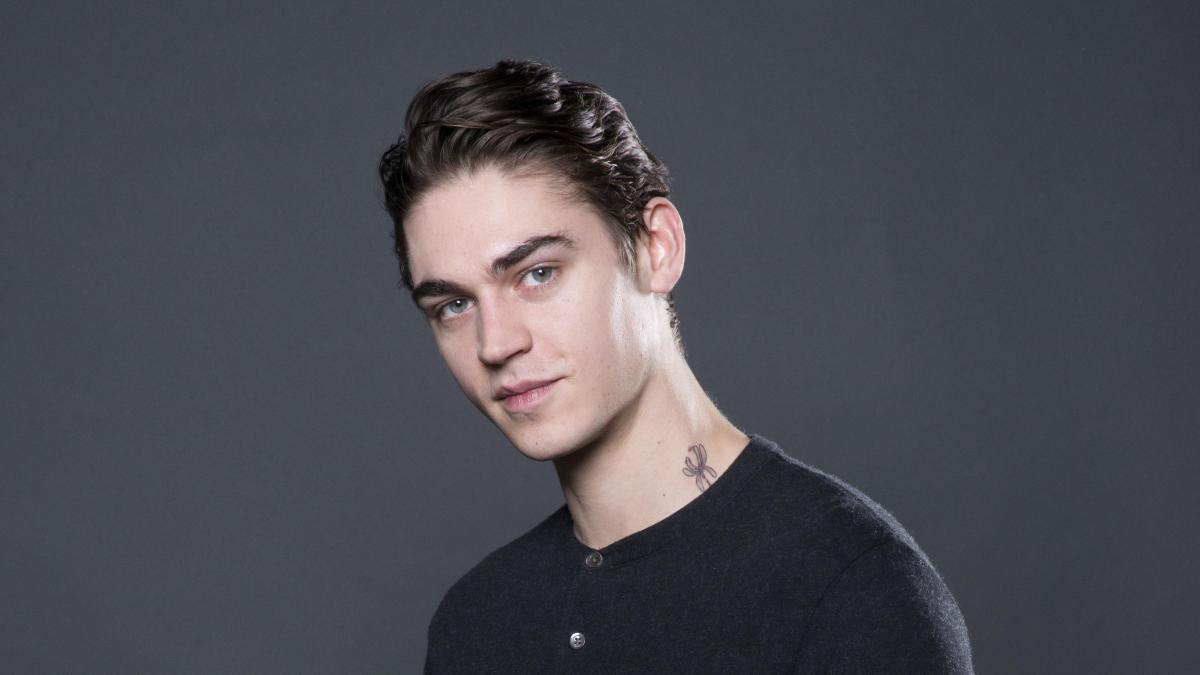 From caste it comes to the greyhound. Hero Fiennes-Tiffin belongs to the nobility of British art since he was born in London 23 years ago into one of the most respected families in that field in the United Kingdom. A model for Dolce & Gabanna, Ferragamo or Woolrich, helped by a tall physique of 1.85 in height and a face between ages, he began his career as an actor by briefly playing the villain from the Harry Potter films in his childhood stage, to , after appearing in various productions, jumping to the forefront as the male part of the film couple of the moment: the one created by the writer Anna Todd, based on the adventures of the most popular of the members of the One Direction group: Harry Styles, under the generic After.

Fortunately, the saga was first a literary and cinematographic phenomenon later and these days it reaches its third installment: After: In a thousand pieces, in which his character, the attractive, but somewhat restless and overwhelmed Hardin Scott faces his worst enemy, which is none other than himself, supported, as usual by his beloved Tessa, who is also given life very mediatic Josephine Langford.

Hardin is turning his birthday. Is he also getting ready?

Well, he started out as a somewhat mysterious “baddie” that girls like so much, then we discovered him increasingly tormented by his past and now we will understand why he is the way he is. Yes, he is going to grow, to evolve and he is going to literally leave his skin to reach that destination that consists of recomposing what he has damaged inside and being the best version of himself and for himself. I would say that the part of the journey that is your turn now is to wake up and be a better person.

I like a character who devastates relationships and explodes frequently, it is something that happens to all of us but that we usually contain

One of our similarities is that we both put a lot of effort and heart into doing the things we love; we are very passionate when something interests us deeply. If I like something, I put all the meat on the grill both in the professional field and in the personal relationships. In that we are alike, but we differ in that I think I am, or usually am, more logical, while he is much more carried away by his outbursts and is very impulsive. I would say that I am better at processing emotions and that I think more before acting.

Are characters that let the actor get carried away especially funny?

Within an order, but that’s the way it is. I like a character who is not aware of the consequences of his actions and the more or less collateral damage of his destructive nature. It devastates relationships, it blows up frequently, and maybe it’s something that we all would like to do sometimes, but that we usually contain. I’m sorry, because it is not a behavior that can be taken as an example, but it is tremendously fun for an actor to play someone like that, who allows you to act without too many ties because he has not learned to control himself. It is fantastic to deal with such an overwhelming character and, at the same time, as he understands himself little by little, he keeps you alert and aware of the details.

In the nest of a family of artists

Although the fact that some families become barns of creators who pass the baton on from generation to generation is often pointed out, it seems that this phenomenon could have less to do with authentic vocations than with what they have lived and contemplated at home. the kids, because nothing is more glamorous than the elegant disorder of the artist’s life and his dabbling in chiaroscuro.
Hero, the eloquent name, is illuminated by the lights of his grandparents, the photographer Mark Fiennes and the writer Jennifer Lash, related to royalty and parents of six children, three of whom were famous: Joseph, with a career full of ups and downs and that will always be remembered as that Shakespeare in love protagonist of the 1998 Oscar-winning film and as the dubious high-ranking official of The story of the maid; Martha, mother of the young actor and director of Oneguin O Cromophobia, in which he directed his brother Ralph, the most popular thanks to films like The English Patient (1996) or to the saga Harry Potter, in which he incarnated Lord Voldemort, the one who should never be named. Let’s add to the young Fiennes genetic soup the part of his father, George Tiffin, producer, screenwriter and cinematographer, who will have less pedigree, but will have contributed something. “The truth is that I don’t know if if I hadn’t been born into a family of artists, I would have dedicated myself to this. I’ve always been in contact with this world and have been able to audition for quite a few movies even when I hadn’t even decided that I wanted to be an actor. There was a time when I just wanted to go to school like a normal kid and it was later that I realized how lucky I was to have this opportunity. So maybe if he hadn’t been born into my family, he wouldn’t have been an actor ”.

Many try, but not all manage to turn a non-fantastic youth saga into both a literary and a cinematographic phenomenon. Can you find an explanation?

I think the secret of that connection is that love stories do not have an expiration date. We have seen thousands of them throughout history and we do not get tired because, in the end, they reflect a very important part of each person’s life, and even more so when you are young and you face all those feelings almost for the first time; they are often new to you. And then the stories of After they have everything that worries us young people: family problems, friendship stories, parties, drunkenness and lags. And he doesn’t shy away from sex and the depth that is established through this part of relationships. That is something that other sagas do not dare to touch. In the end, all of that makes this story especially engaging.

My priority is being an actor, but I also love traveling and meeting people through my role as a model.

Do you think that, for now, your good physique has been fundamental in your career?

I guess so. That something must have to do with it.

Do you enjoy your role as a model?

Yes, although I definitely prefer acting a thousand times and it has always been my priority. But the truth is that I like to wear cool clothes and I love traveling and meeting people through that facet of my life. I also really like to explore the world of creation and see how designers investigate and create new styles. It is a very exciting world. Yes; I like to be a model too.

It is something that, in addition, increases that millionaire number of followers who accompany you on social networks.Do you enjoy it, are you proud or dislike having influence over the lives of people you do not know?

The truth is that a little of all that. I enjoy it, but it is also a weight on my shoulders. It was not something I was looking for: I just liked acting and telling stories and the fame and followers came all of a sudden. At first, it was something that overwhelmed me and I wanted to keep my distance from it, but over time I have gotten used to it and it no longer overwhelms me. Also, whenever I have contact with someone through the networks I find a lot of affection and incredible fans who are all supportive and that is something that brings me happiness. Although at first it was shocking and difficult to carry.

And this already started around the time you played Tom Riddle in the saga Harry Potter, in which he shared a character with his uncle Ralph?

Yes; it was very curious for both of them to play the same role in two different times. Everyone was a sweetheart to me and they always made sure I was comfortable and the manager was always smiling and calm; I didn’t let the pressure of filming get on us kids. Despite how nervous I was, I only have good memories of it all. It was a blast.

And now that Hardin Scott is about to disappear from your life, although there is one more installment to be released, where would you like to direct your steps?

I would love to be in a story in England, maybe a Guy Ritchie movie. That would make me happy, working in London on a typical London story, because there is a lot of talent in my country; the actors are amazing. I would put Sherlock Holmes in my life and in my career, for example, without hesitation, but there are many more stories that have not yet seen the light and that I hope are waiting for me around the corner.