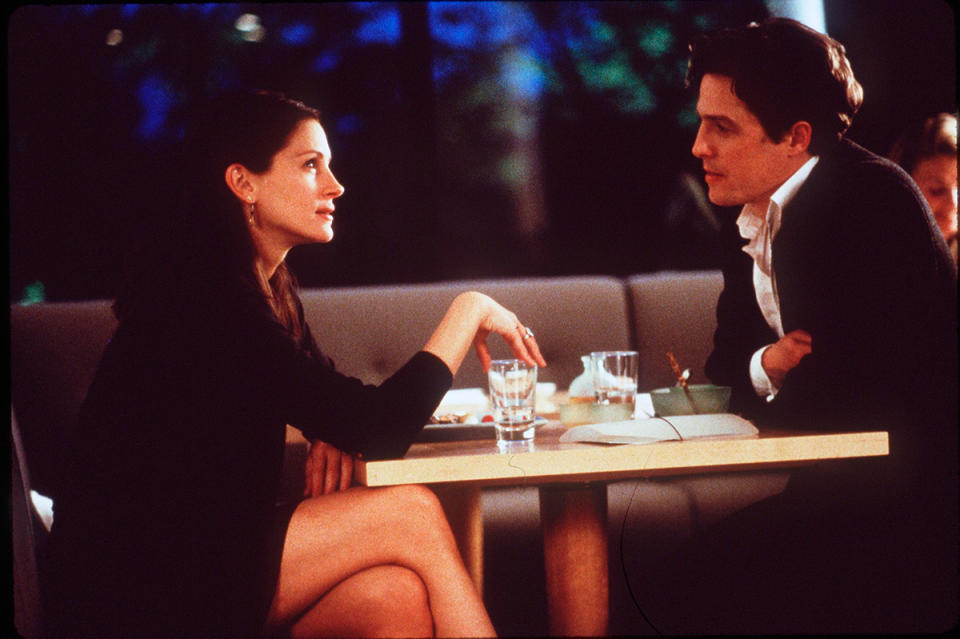 If they had to roll Notting Hill now, 23 years after its premiere, we would surely see a completely different film. And not so much because of the story, which has aged better than many other romantic comedies, but because those responsible would have to give in to the pressure of diversity that weighs on Hollywood and be more faithful to the truth. In other words, capturing the authentic racial and cultural diversity that bubbles up in a city as active as London and the famous neighborhood that gave the film its title, instead of sinning with so much Caucasian prominence. Something that an actor who appears in the film shows by telling the world about his experience.

Maybe the name of Omid Jalili It may not sound like much to international viewers, but this London-born comedian had a role in the film, as well as in The Mummy, Gladiator, The world is never enough, Spy game – Spy game, Casanova and many more. He is a popular comedian in the United Kingdom since the mid-90s, filling theaters and sweeping ticket sales. However, despite his extensive filmography, in the cinema he has had to settle for fleeting or secondary roles where he usually plays the Arab on duty. But in the case of nottinghill, which was his first shoot alongside The Mummy (both movies were shot around the same time between April and May 1998), he still has a thorn in his side.

The actor, whom many will remember as the slave trader in Gladiator or Mr. Safir of sex and new york 2, has revealed that he was originally going to have a speaking role in the Julia Roberts and Hugh Grant comedybut that they ended up reducing it to a simple fleeting cameo so that the tape was “whiter”.

“Notting Hill, another movie I got kicked out of for being too dark.” said on Richard Herring’s podcast in statements collected by Daily Mail.

“Notting Hill was a film where they wanted to show the diversity of the Notting Hill area, but then a producer said ‘We want it to be whiter.’ And they got rid of all of them.” the interpreter points out, implying that there was an initial intention to show the neighborhood with all the splendor of its racial and cultural diversity. “I had some lines that were removed and that’s why it seems like I’m an extra. he added.

In this way, Omid Djalili went from having a role with a few phrases to an uncredited cameo, giving life to the clerk who sells Will (Hugh Grant) an orange juice that he accidentally spills on top of Anna, the Hollywood star played by Julia Roberts, turning a corner. That is, the sequence where the two protagonists meet and give rise to the beginning of the love story that has marked generations.

The scene is brief and Omid’s role goes completely unnoticed:

“I only give Hugh Grant an orange juice. The only ethnic minority to remain in the film was Sanjeev Bhaskar, who had a couple of lines. But yeah, they whitewashed the movie, unfortunately.” sentenced. For those who don’t remember, the actor he mentions is the one who played the diner who criticizes Anna out loudas she and Will overhear the conversation in a restaurant.

Djalili, who is London by birth and the son of Iranian parents, adds that he is not bitter about the racial rejection he experienced at the time. But, obviously, he does not stop serving as an example that points to the cultural differences and the vision of the industry at the time regarding the whitening of the narrative arcs. Because if we pay attention to the cast of this film, absolutely all the characters with a leading or secondary role were Caucasian.

I personally tend to avoid the cancellation fashion trend of criticizing cultural pieces from the past for the mere fact of looking at them with the eyes of the present. But in this case Omid Djalili makes a point that is relevant.

More than two decades ago Notting Hill defined its legacy as one of the quintessential romantic comedies of cinema. Because we are not going to deny that no matter how much time passes, it continues to be the same comic and light movie that blew up the box office in 1999, with memorable characters and endearing moments that have aged better than many other films of its era. However, no matter how much narrative progress it had in telling a love story between poles and opposing social classes, the production would not have been up to the task of dealing with the diversity that naturally surrounded them in this shoot that was done on foot. street in the same protagonist neighborhood. A fact that tells us about the Caucasian imposition of an era where the commerciality of stories was only seen from a white perspective.

I am not going to criticize the decision that that supposed producer made about the story, at least according to Omid Djalili, but it does seem important to me that the examples are remembered, known and taken into account to learn as a society, industry and move towards the change. Because Notting Hill, like the entire city of London, was and still is a riot of race. Without going any further, the annual festival that they celebrate every August since 1966 precisely promotes racial diversity and the rejection of xenophobia, while that same diversity is observed daily on the street of Portobello Road. From constant tourism to its neighbors or those who work there, they place it as an example of London’s diversity where the variety of colors are part of their daily lives.