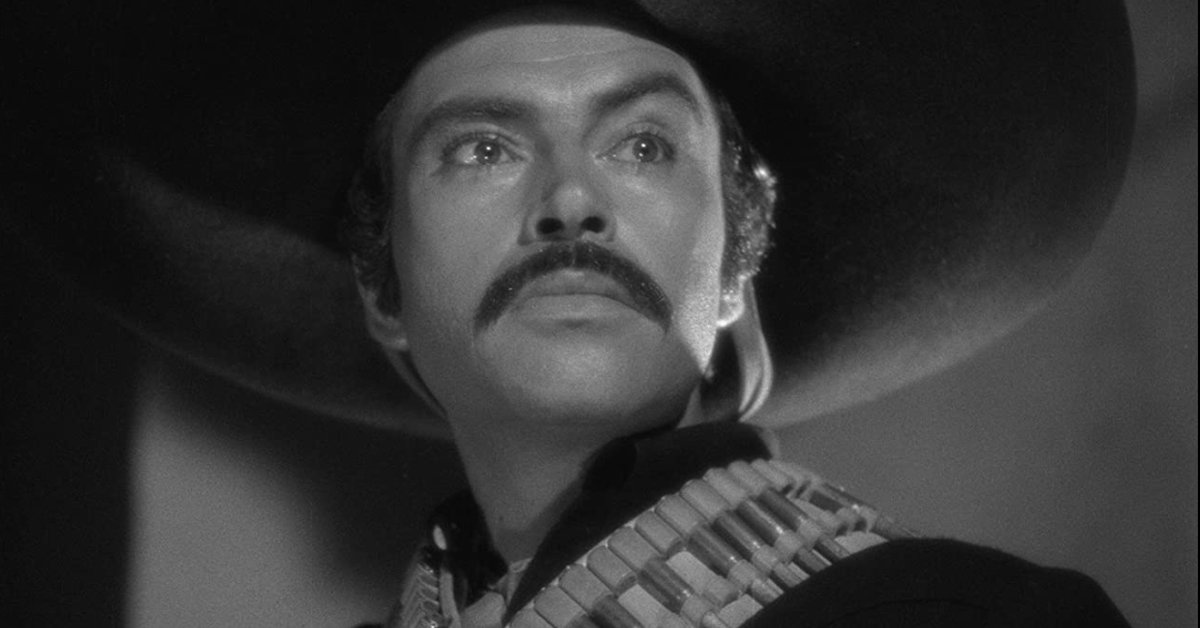 Gregorio Pedro Armendáriz Hastings, one of the most recognized Mexican actors of the Golden Age of Mexican Cinema, was a key element of the screening for the participation of Mexican actors abroad , because in addition to playing Don Francisco Villa, he also acted as “Kerym” in the second film of James Bond.

He was born on May 9, 1912 in Mexico City during the time of the Mexican Revolution. Due to the riots, the actor’s family moved to Texas. Son of a Chihuahuan father and an American mother of English descent, Pedro Armendariz and his brother would be orphans when he was only 9 and 2 years old respectively.

Due to their situation, they were protected by their maternal grandparents. Years later, Armendariz studied journalism and was drawn to the performing arts from his school in the United Statess. In 1932 he returned to Mexico where he worked as a tourist guide because he spoke English well, he was a journalist and he sold insurance.

It was discovered by the director Miguel Sacarías at the Regis hotel, who upon hearing an interpretation of Hamlet in English, It recommended to him to dedicate itself to the action. However, he had problems entering the industry because they wanted to change his name, which he did not accept.

He made his debut in 1935 with the film Maria Elena where he shared credits with Emilio “El Indio” Fernández and later received the Palme d’Or at the Cannes Film Festival for the film Maria Candelaria.

In 1957, Pedro Armendáriz already enjoyed wide national and international recognition. He had the opportunity to return to his origins by playing one of the most significant representatives of the Revolution in the film This was Pancho Villa, work directed by Ismael Rodríguez.

On said tape, talks about the history of the revolutionary born in La Coyoteada, based on different anecdotes that give different perspectives, the story of who also served as governor of the state of Chihuahua was told Armendariz shared the screen with actress María Elena Marqués and actor Carlos López Moctezuma.

In 1955 he moved to the Utah desert to record The conqueror of Mongolia near the state of Nevada, where nuclear tests were done, which caused concern among the cast.

Regarding your work abroad, Pedro Armendariz was requested to play roles of the western or rancher genre with figures such as John Wayne, Harry Carey, Ward Bond, Henry Fonda, among others.

Armendariz participated in the United States with The three sons of the devil, The Fugitive, Breaking Chains, Tulsay the american version of In love, tape in which I also work in its original version alongside María Félix.

Because he was considered an international level actor, the Mexican learned to speak French to be able to work in Lucrecia Borgia and Lovers of Toledo in 1953.

His second language brought him the opportunity to be part of the cast of the film Return of Agent 007, last movie where he would delight with his performance as a man who worked in Istanbul who ends up becoming an ally of Sean Connery, an actor who played the famous investigator.

However, Armendariz He could not see his work finished because months before the premiere of the James Bond sequel in 1963, he committed suicide upon learning that he was suffering from terminal cancer.

The remains of the actor remembered for his unusual charisma, green eyes and characteristic mustache of the time rest in the Pantheon Garden. At that time, the news filled the newspapers, because the public did not believe that such a figure would end his life in that way.

The day they left Pedro Armendariz, star of the Golden Age, in the middle of the wedding
From “Tucita” to Juliancito Bravo: what happened to the children who captivated the Golden Age of cinema
Pedro Infante did not die and Joaquín Pardavé was buried alive: five myths of the Golden Age