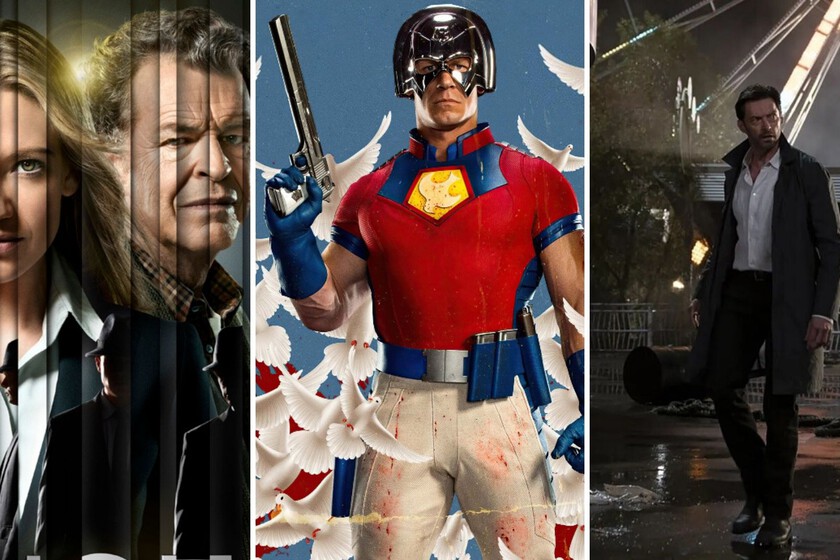 The superhero series of the month is not, for once, on Disney +, but belongs to the DC team and, therefore, lands on HBO Max. This is ‘The Peacemaker’, a spin-off of the most charismatic character in ‘The Suicide Squad’. But it does not come alone, in a catalog of premieres to start the year full of action, intrigue and science fiction.

The most anticipated premiere of the month on HBO Max is undoubtedly this spin-off of ‘The Suicide Squad’ in which John Cena takes up his character as the thunderous vigilante The Peacemaker, in a prequel where its wild origins will be told. James Gunn returns, who is in charge of writing and directing all the episodes of a series that preserves all the violence and black humor of the film and that delves into the darkest and most secondary characters of the DC universe, such as the unforgettable and eighties Vigilante. Spin-off spin-off now!


‘Fringe’, the JJ Abrams series that was once sold as the successor to ‘The X Files’ and that, despite the mistreatment it suffered in its successive broadcasts, lasted five years on the air, has ended up becoming a tremendously cult product influential. Thanks to HBO Max is once again complete within our grasp, and it is time to meet again with the members of the FBI’s Fringe Division and his use of fringe science to inquire into unexplained events linked to parallel universes … that are back in fashion. Visionaries.

All series in January

Catalog of new films and documentaries in Spain

One of the box office crashes of the year is actually a sympathetic (albeit somewhat mammoth) mixture of climatic sci-fi and noir of the old school that although it is trapped with its own nostalgia, it has a remarkable amount of thematic and visual ideas that deserved better luck. Hugh Jackman, Thandine Newton and Rebecca Ferguson star in a suspense story in which recorded memories are the macguffin of an intrigue that we can recover from this month on HBO Max.

All movies and documentaries in January

HBO Max premieres in January 2022: all the new series, films and documentaries