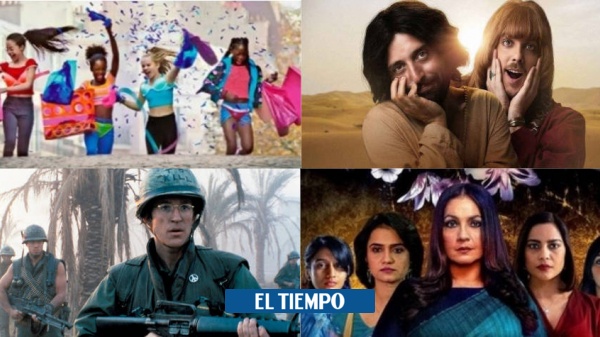 The streaming platform Netflix exceeds 200 million subscribers worldwide. Its competitors like Disney +, Amazon Prime, and more are trying to hit their numbers and get the popularity it possesses.

Thousands of series and movies are available to its users. However, some are subject to restrictions imposed by the authorities as they are considered ‘inappropriate’.

The complaints of the authorities have resulted in judicial decisions that have ordered the withdrawal or prohibition of the transmission of series and films.

Here are some of the ones that have been censored.

The French film focuses on the role of girls in today’s world and criticizes the sexualization to which they are subjected.

The 2020 Sundance Film Festival awarded him the Best Directing Award. Netflix began releasing the tape, but went to what the plot criticized so much: its advertising messages promoted the sexualization of girls.

Although it raised controversy in several countries, Turkey he did order that it be unavailable in his territory.

“It could lead to potential patterns of exploitative child behavior,” said RTUK, an entity that monitors the media in Turkey, as reported by ‘Reuters’.

The first temptation of Christ

The film was produced in Brazil and was released on December 3, 2019.

Over the course of 45 minutes a satire is made on Jesus. For example, it is mentioned that his true father is God, but he was adopted by Mary and Joseph. In addition, issues of their sexuality are explored.

Dozens of people complained because it went against their religious principles. The Catholic Association Centro Don Bosco de Fe y Cultura led a lawsuit for Netflix to remove the film from its platform.

The audiovisual was out of the catalog for about 10 months. However, the case reached the Supreme Federal Court and overturned the decision. Therefore, since November 2020 the tape was available, but as of September 2021 it was completely removed from the platform.

“We firmly believe in the freedom of our members to choose what they see”, said sources of the streaming platform at the time, cited by ‘La Vanguardia’.

(Can read: Jokes in Disney movies that only adults could understand).

The comic series presented by Hasan Minhaj | posed “Analyze world news on politics, culture and other issues through a singular, incisive and subtle prism”, read in the description made by the platform.

One of the 2020 episodes addressed the death of journalist Jamal Khashoggi. The program strongly criticized Mohammed bin Slaman, Crown Prince of Saudi Arabia and was linked to the murder of the communicator.

The authorities of that country ordered to withdraw the episode and Netflix had no other option.

“Our relationship with Saudi Arabia, and I want to say this as an American and a Muslim, has always been extremely complicated,” Announcer Minhaj stated to ‘CNN’.

The film, released in 1987, is a drama that according to Netflix “It portrays the harsh training new recruits face (…) during the bloody Vietnam War.”

It is worth remembering that Vietnam War it was one of the most difficult conflicts of the 20th century. According to the report of the media and historians over the years, about a million Vietnamese soldiers died and about 58 thousand of the US military also lost their lives.

Netflix brought the tape to its catalog. However, the Vietnamese Transmission and Electronic Information Authority ordered to withdraw it from the platform in 2017, so it is not available in that country.

Cooking on High, The Legend of 420, Disjointed, Cooked with Cannabis y Have a good trip

Singapore has a zero tolerance stance on drugs

These five productions were eliminated in Singapore. These are ‘reality shows’, films and documentaries whose main theme is marijuana.

The Infocomm Media Development Authority (IMDA) of that Asian country ordered the withdrawal of audiovisuals between 2018 and 2020 for failing to comply with their content regulations.

“Singapore has a zero tolerance stance against drugs”, said an IMDA spokesperson to the medium ‘Channel News Asia’.

(What’s more: Tragic deaths of actors in full recording: that’s how they happened).

Will pollute the minds of children

The series is an Indian drama that recreates the life of “Five ambitious women of different origins living wishes, dreams and disappointments in modern Bombay”, describes the platform.

Bombay Begums, trailer for the series

The National Commission for the Protection of Children’s Rights from India asked Netflix to stop broadcasting it after receiving complaints from minors using drugs in some scenes.

“Series with this type of content will not only contaminate the young minds of children, but can also result in abuse and exploitation of them”, said the entity quoted by ‘Reuters’.

– He has glasses? Hollywood is not your place in the world.

– What did the letter say in which ‘Betty’ discovers the deception of ‘Armando’?

– The most unusual events that have occurred in TransMilenio and Sitp, in Bogotá.