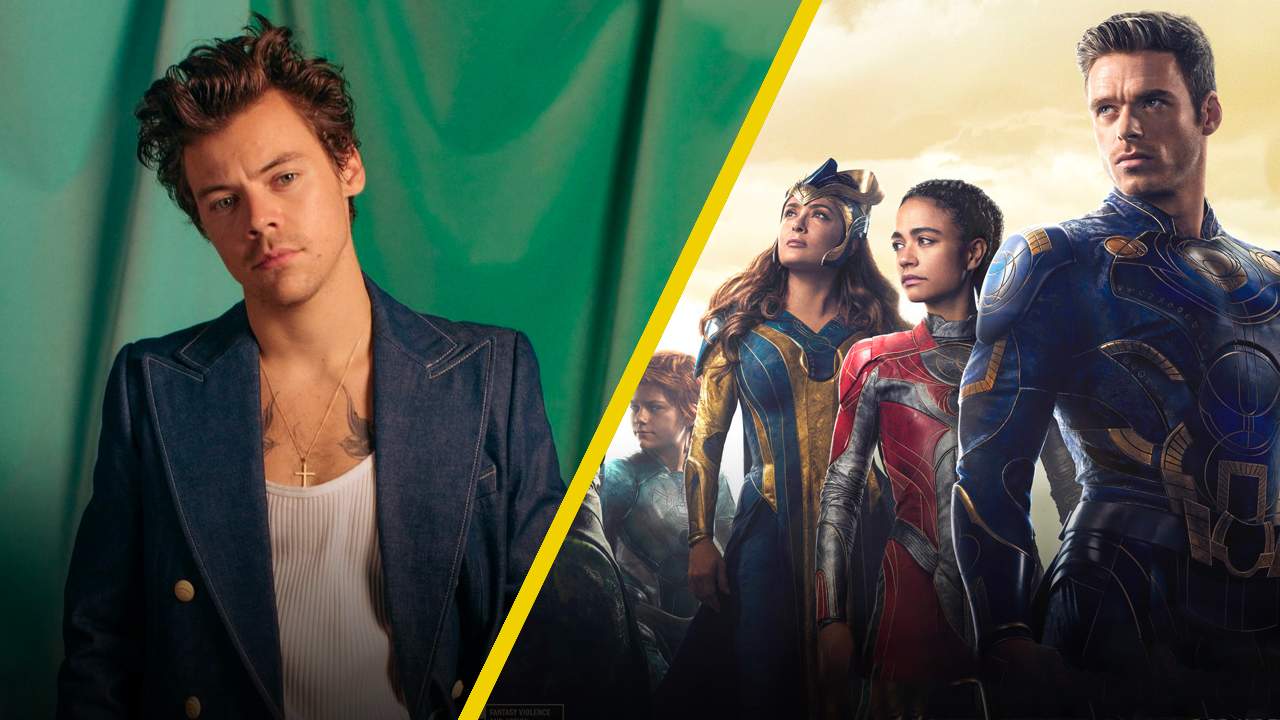 ‘Eternals’ was given the task of expanding the Marvel Cinematic Universe, this time giving greater attention to The Celestials, beings responsible for the cosmic balance. Will these become the next big threat to the Avengers?

Until now, Eternals has been seen by more than 1.5 million viewers in our country, according to a report by Canacine. This shows that the Marvel Cinematic Universe continues to enjoy enormous popularity, this not counting the upcoming release of Spider-Man: No Way Home and its promising arachnid multiverse. And to celebrate that the film is still in theaters around the world, Harry Styles invited his co-stars to one of his concerts, where he used sign language in honor of Lauren Ridloff.

This was revealed by Lia McHugh during an interview with Entertainment Weekly. “He’s so sweet, we went to his concert and he signed from the stage to Lauren, it was so cute”, mentioned the young protagonist of titles such as Songbird and The sinister cabin.

Through Tiktok A fragment of this moving moment circulates, in which we see the interpreter of “Watermelon Sugar” wearing a white suit, black tie and, at one point, he takes the microphone and looks at the upper floors of the room where he was Lauren Ridloff. Using American sign language, he sent her a message and, of course, the fans who came to the performance went wild.

This is not the first time that Styles has made a kind gesture with Ridloff, who also revealed to Entertainment Weekly that, while filming a scene of Eternals, (which the final cut was eliminated), his hearing impairment prevented him from knowing at what exact moment Chloe Zhao gave directions to start or end the scene, that’s how the former One Directon offered him a friendly hand.

“Chloe would say ‘cut’ and every time I screamed the interpreter had to run and tap me on the shoulder. So after a couple of times, Harry said to me, ‘Is it okay if I give you a tap and tell you when we stop filming?’ And I said, ‘Yes, thank you.’ This is Harry: he is attentive and thinks: ‘What can I do?’“.

This is how the camaraderie between Harry Styles and Lauren Ridloff grew while filming the third installment of Phase Four of the MCU. According to the same portal, the scene in question showed Eros (Styles) sitting aboard the starship Domo, which the Eternals use to travel through space; this while communicating with the Celestial Arishem with his eyes closed.

Whether this scene will ever see the light of day has yet to be revealed, perhaps as part of the film’s bonus footage for the collector’s version in physical format., but while this is confirmed, now we know about the great relationship between Styles and Ridloff, who said that superhero movies do not create bonds of friendship?

The film was filmed between the United Kingdom, Spain and the United States, it also has a large and well-known cast made up of Salma Hayek, Angelina Jolie, Richard Madden, Gemma Chan, Kumail Nanjiani, Brian Tyree Henry, Barry Keoghan, Ma Dong-seok and Kit Harington, who by the way, he’s about to become a new MCU superhero and this post-credits scene alongside Blade (Mahershala Ali) the vampire slayer confirms it, big productions are coming!